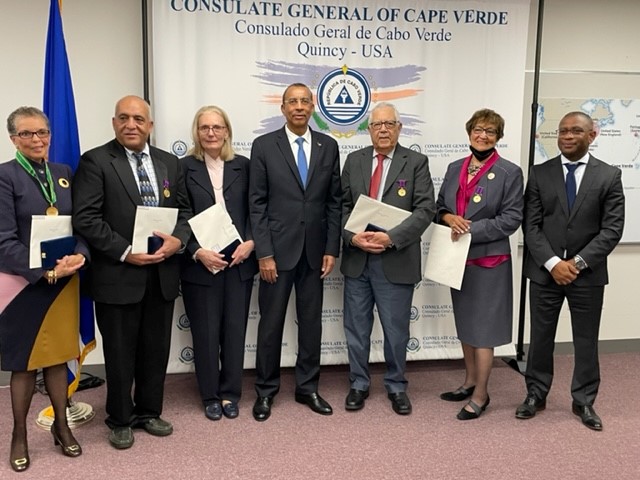 An award ceremony was held at the Consulate General of Cabo Verde in Quincy, Massachusetts on November 4, 2022.  Several Individuals were honored for their contributions. With the honorees in the center is Ambassador José Luís Do Livramento Monteiro Alves de Brito and to the right is Minister Plenipotentiary Octavio Bento Gomes 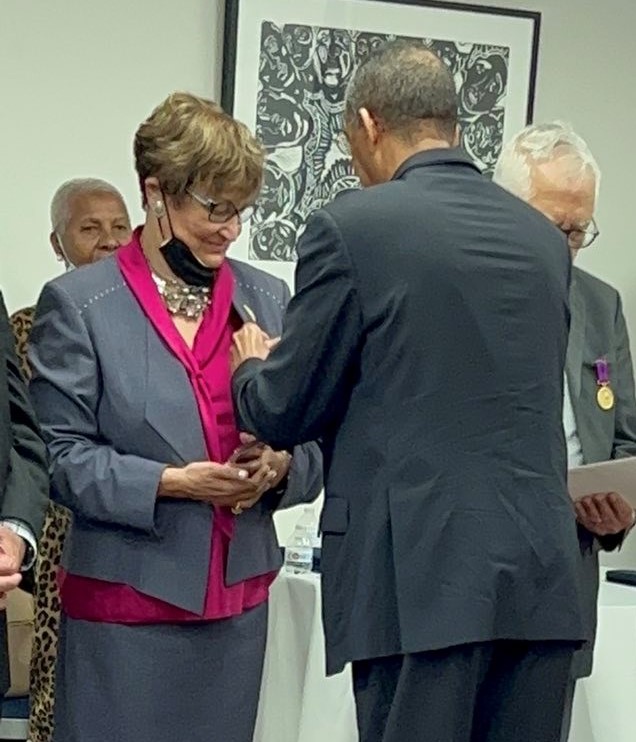 The Ambassador, José Luís Do Livramento Monteiro Alves de Brito presented Laura with a First Class Medal of Merit. The award was decreed by His Excellency the former President of the Republic, Dr. Jorge Carlos de Almeida Fonseca on October 29, 2021. Dr. Laura Pires-Hester, received the first class of the Medal of Merit, “in recognition of her relevant and meritorious contribution to the promotion of the Cabo Verdean community, to the knowledge of Cabo Verde, its history and its values and to the construction of the Cabo Verdean national identity.” 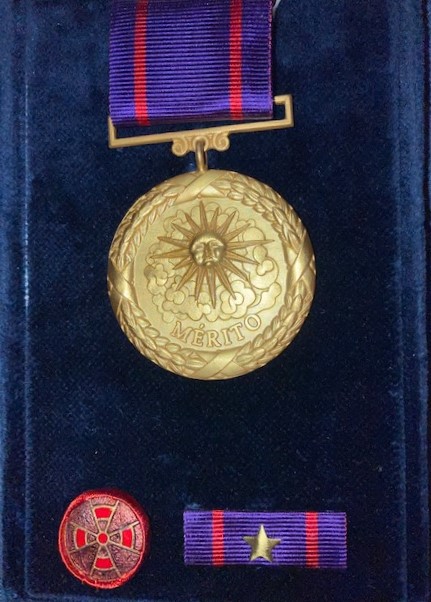 First Class of the Medal of Merit 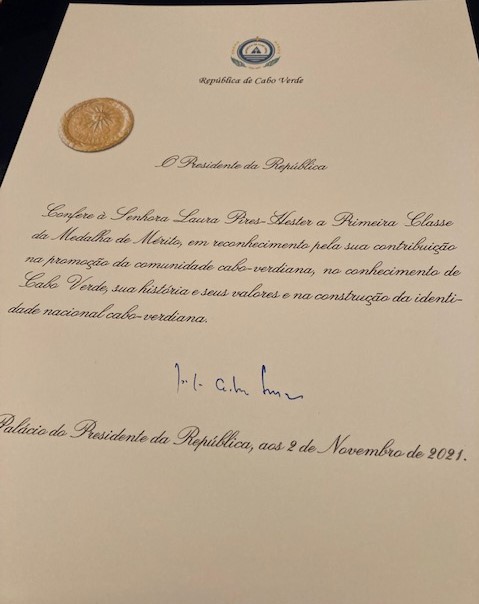 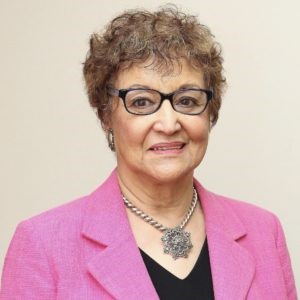 Dr. Laura Pires-Hester was born in Wareham, Massachusetts, USA, the daughter of Cape Verdean parents. She has always felt connected to Cape Verde and has spent many decades serving our community in the United States. Her life has effectively combined high academic achievement and professional contributions, while also characterized by active volunteerism. This combination has enabled her to build networks of individuals and organizations to support and empower the most disadvantaged sections of society. Her pragmatism, professionalism, humility, and persistence have made her a reference point for all. She has dedicated much of her career to creating and improving opportunities for underserved people and communities, including Cape Verdeans and other people of color who have been affected by inequities in American society.

Two books published in 2015 highlight her professional and volunteer work: Creating a College That Works: Audrey Cohen and Metropolitan College of NY, by Grace Roosevelt; and Phoenix of the Seas: Ernestina/Morrisey-State Ship of MA, by Chester Brigham.

Her doctoral dissertation, “A Study of Cape Verdean-American Ethnic Development: The Emergence of Bilateral Diaspora Ethnicity and Its Impact on a Southeastern New England Locality”, reflects her commitment to the Cape Verdean community.

A highlight of her accomplishments is undoubtedly Dr. Laura’s brilliant work with Michael Platzer in co-leading the National Friends of Ernestina-Morrissey. In this effort, they worked tirelessly and meritoriously with hundreds of individuals and organizations in Massachusetts, Connecticut, Rhode Island, New York, and Philadelphia to raise support and funds to restore and repatriate the historic Ernestina. This could not have happened without the government and people of the newly independent Cabo Verde, which resulted in Ernestina’s return as the amazing gift to “people of the United States” in 1982. Especially in this time of global polarization and strife, Dr. Laura believes that the unique Ernestina story (which is not yet finished) represents the kind of ethnic, cultural, economic, and geographic “crossing of boundaries” that are so needed both here and abroad.