Almost a year ago we reported about the dories being moved to the  Buzzards Bay Coalition’s Science & Field Operations Center in Marion. On December 16, 2021 Fred Sterner, former mate on Ernestina and also on the Schooner Ernestina Commission, began to work on Ernestina 1. You can see the progress below and know Ernestina 1 will be waiting at New Bedford State Pier when Ernestina-Morrissey arrives at her berth! 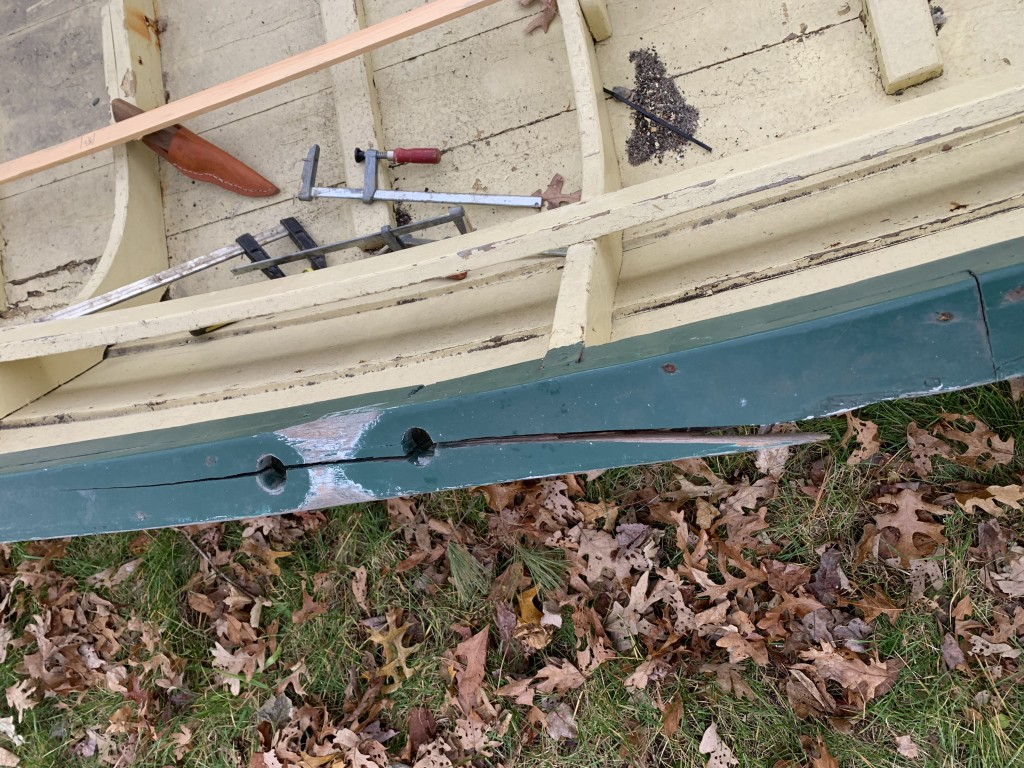 Split in the rail across the thole pin holes must be fixed or this dory won't row well! 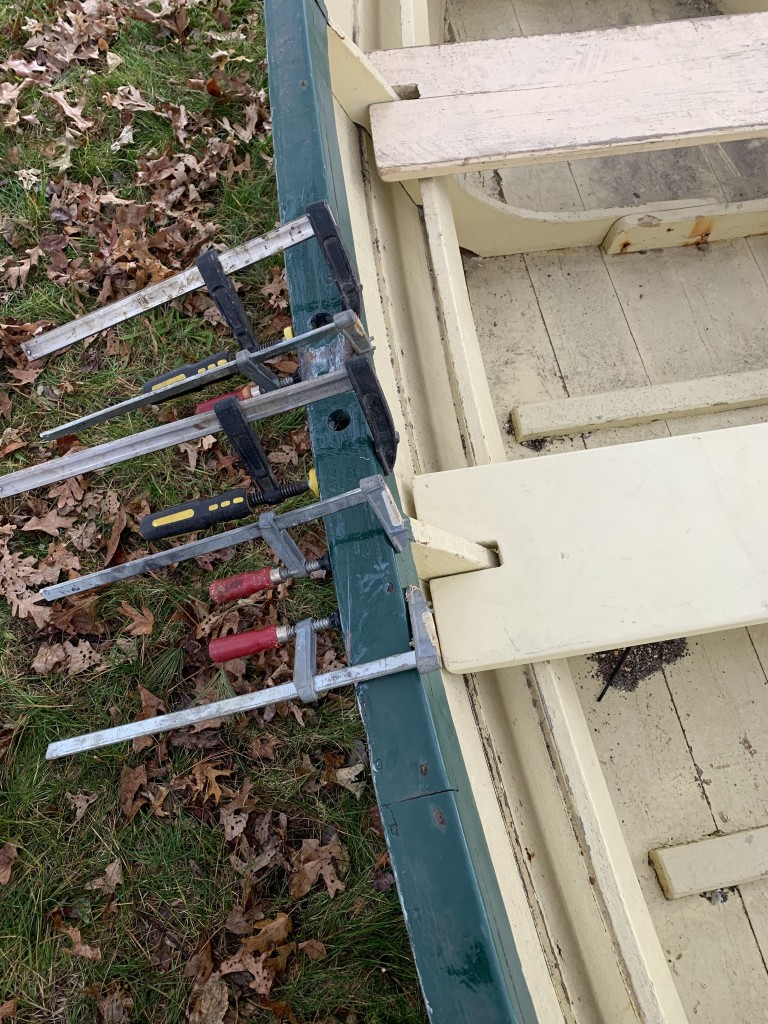 Fred used epoxy and clamps to repair the split. 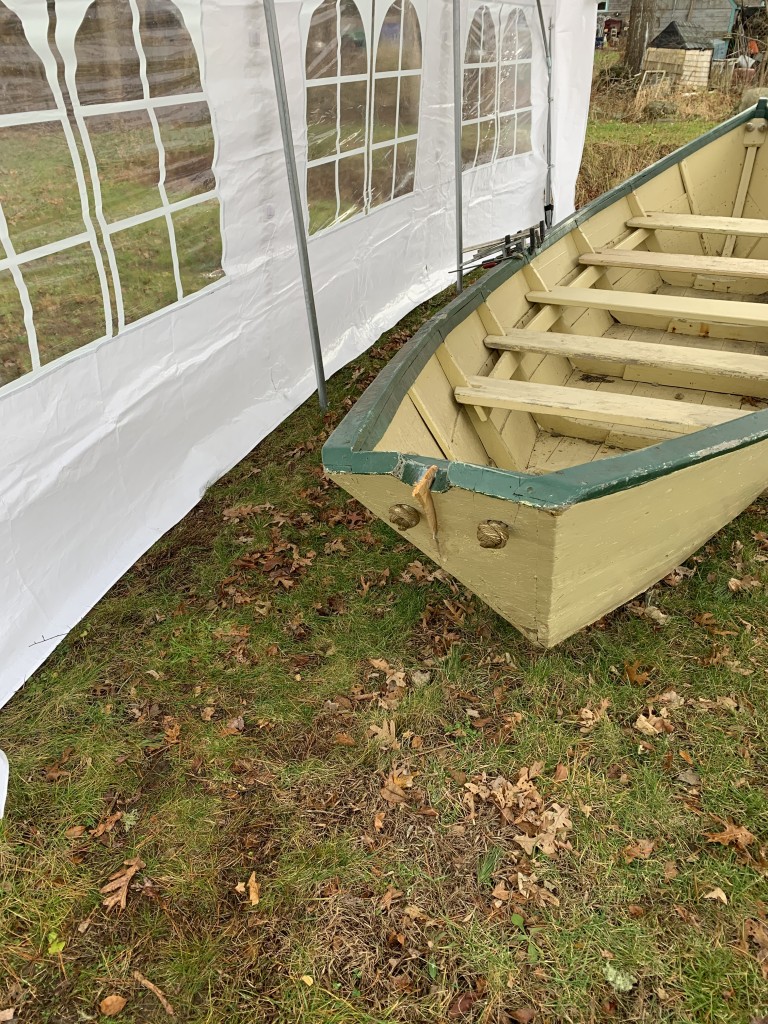 There was a split in the transom that needed repair too.

After considering the quicker commute  and access to his tools, Fred moved the dory from Marion to his workshop.  Work was slow until spring. 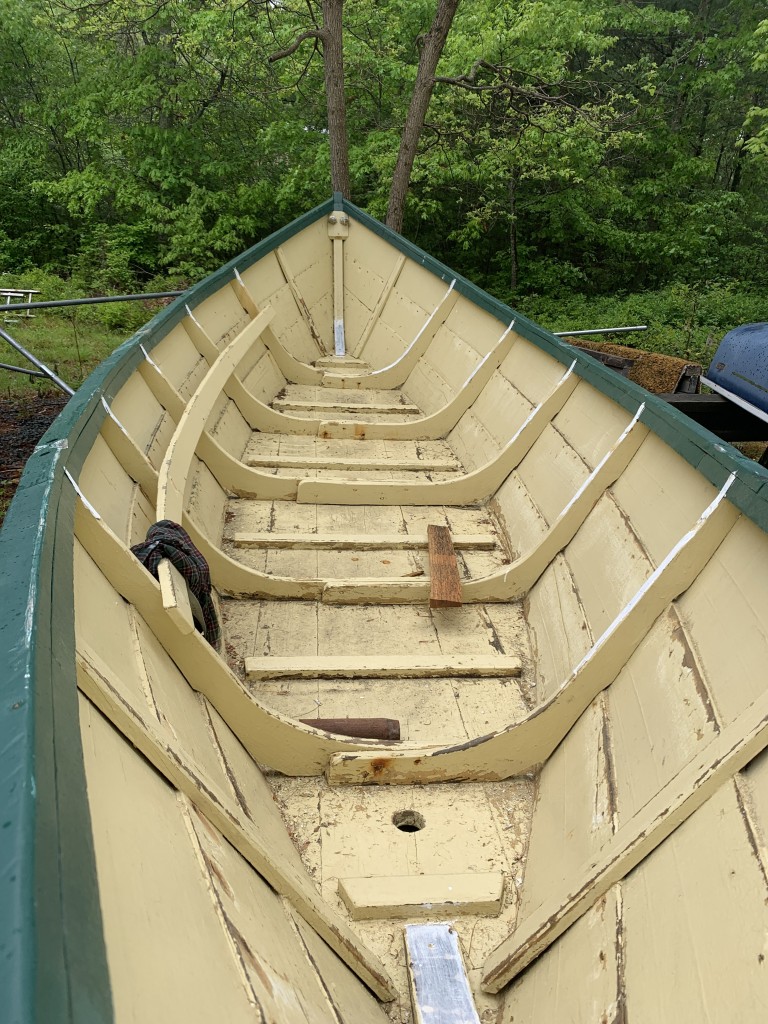 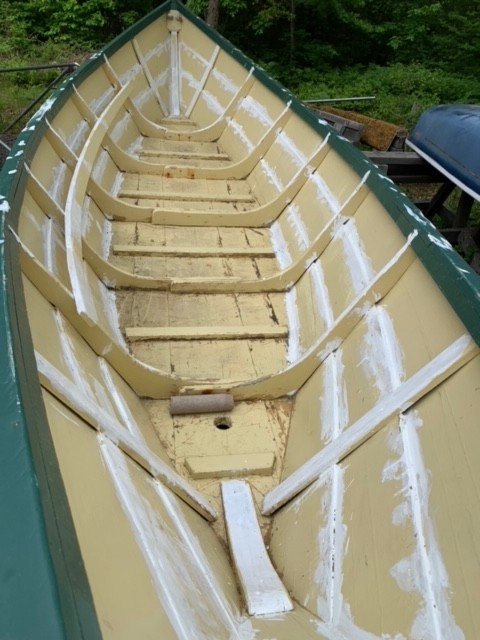 The inside is scraped and joints primed, broken starboard seat stringer removed 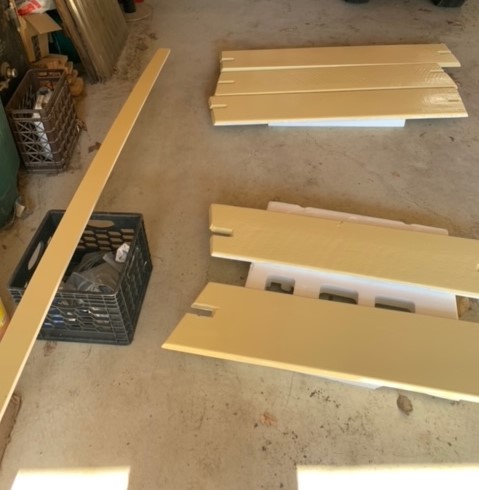 Painted with Kirby's #9 Cream Semi-gloss: the new seat riser and old thwarts, which are removable so that the dories can be stacked on deck 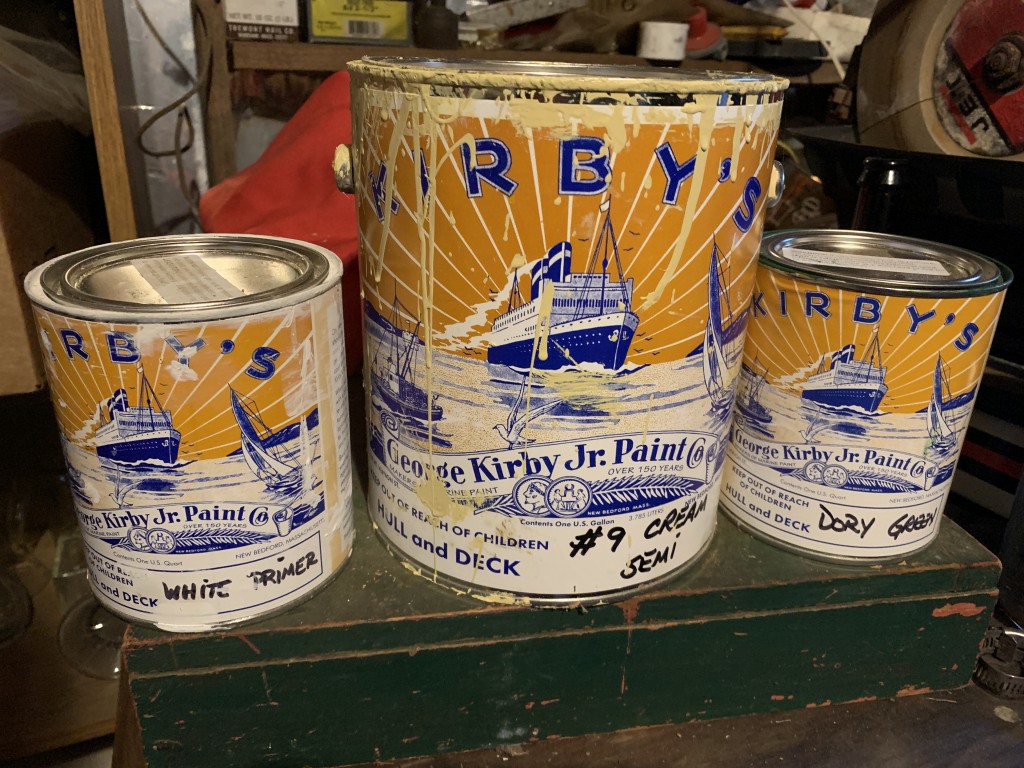 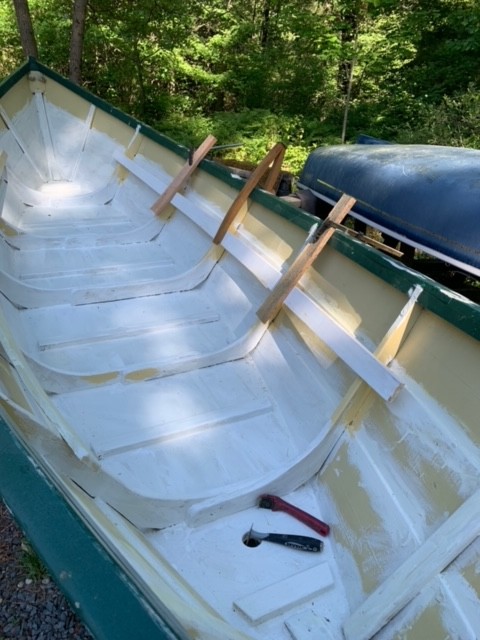 The new seat stringer is clamped in place 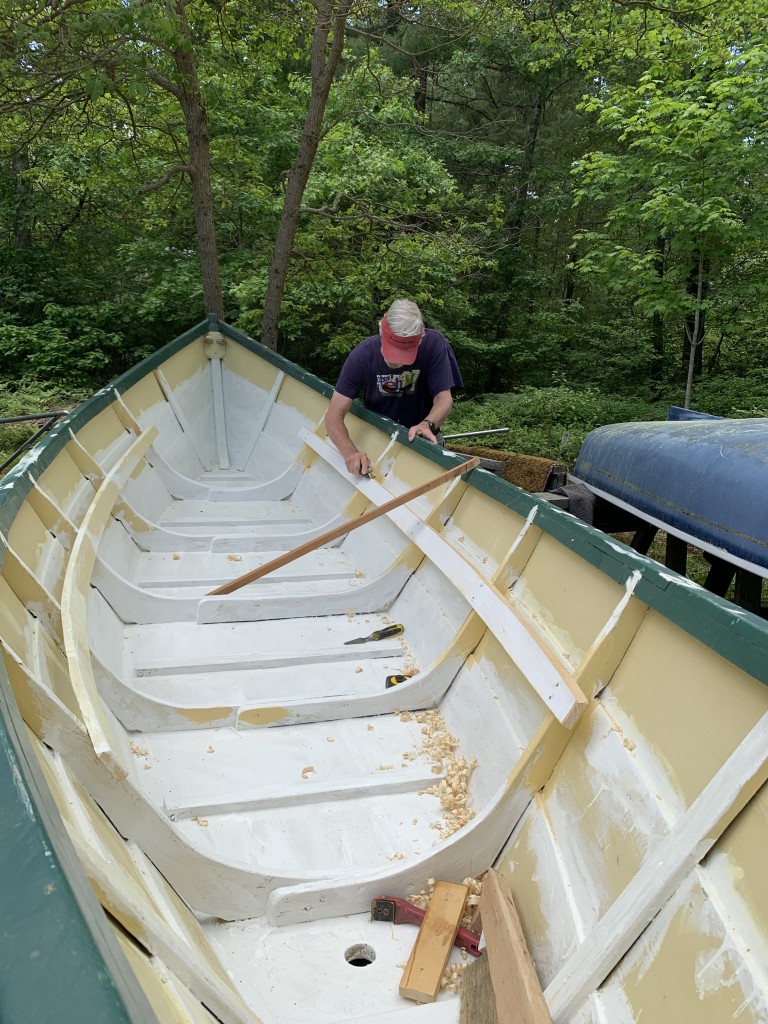 Shaping the edges of the stringer. 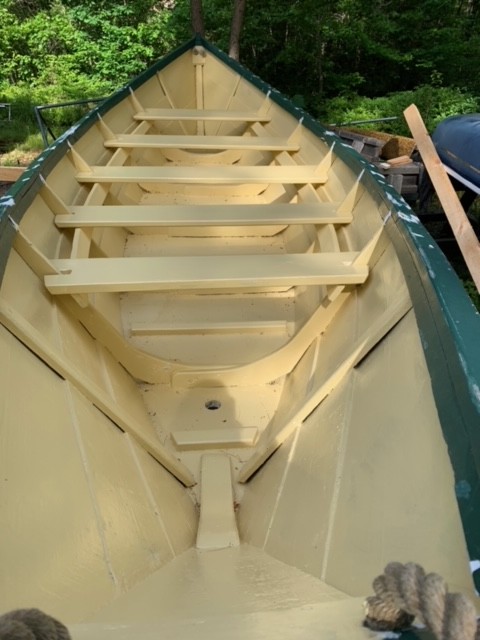 Inside painted with Kirby's #9 Cream Semi-Gloss paint, thwarts in place. 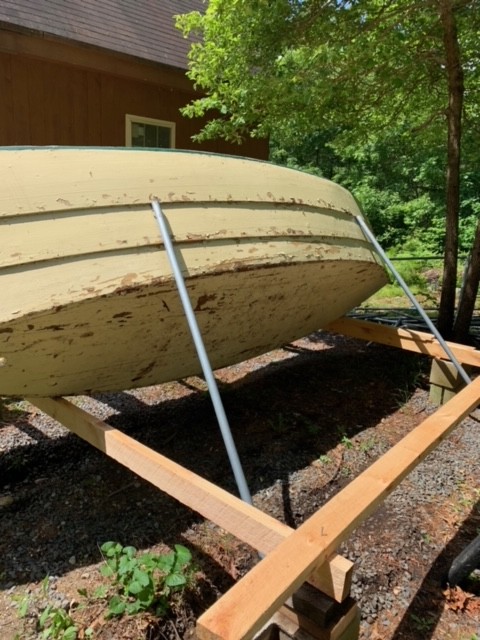 Careened for scraping, sanding and painting the side and bottom 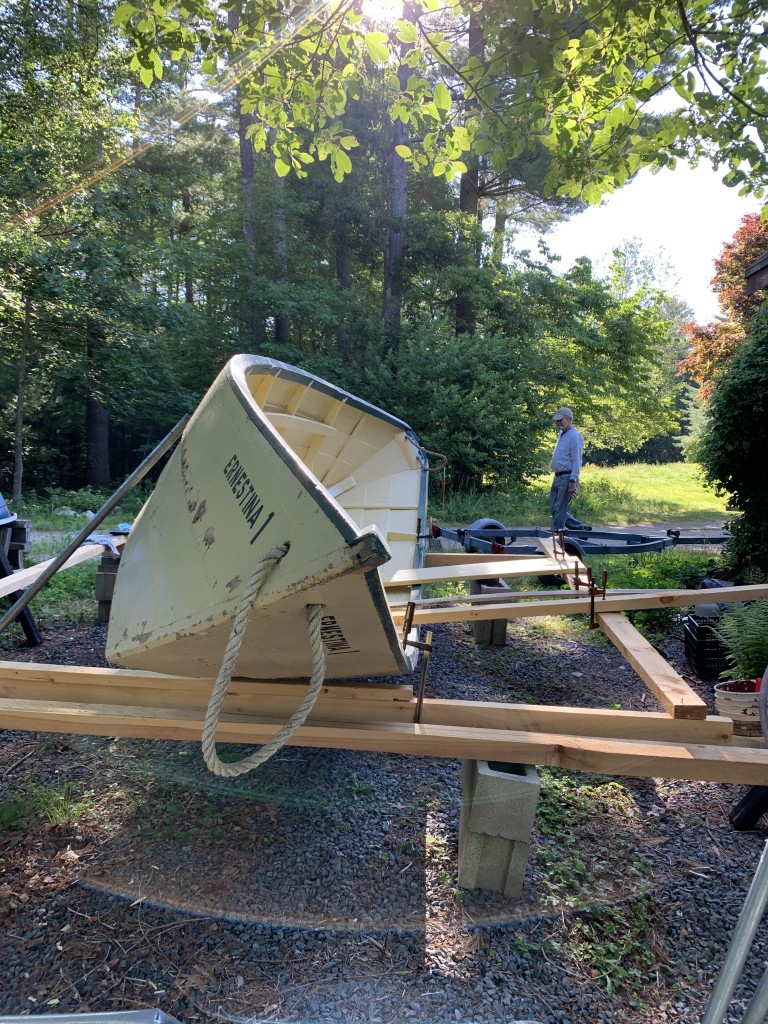 Ernestina 1 ready for scraping, sanding and painting the outside, notice the Ernestina 1 in the bow. 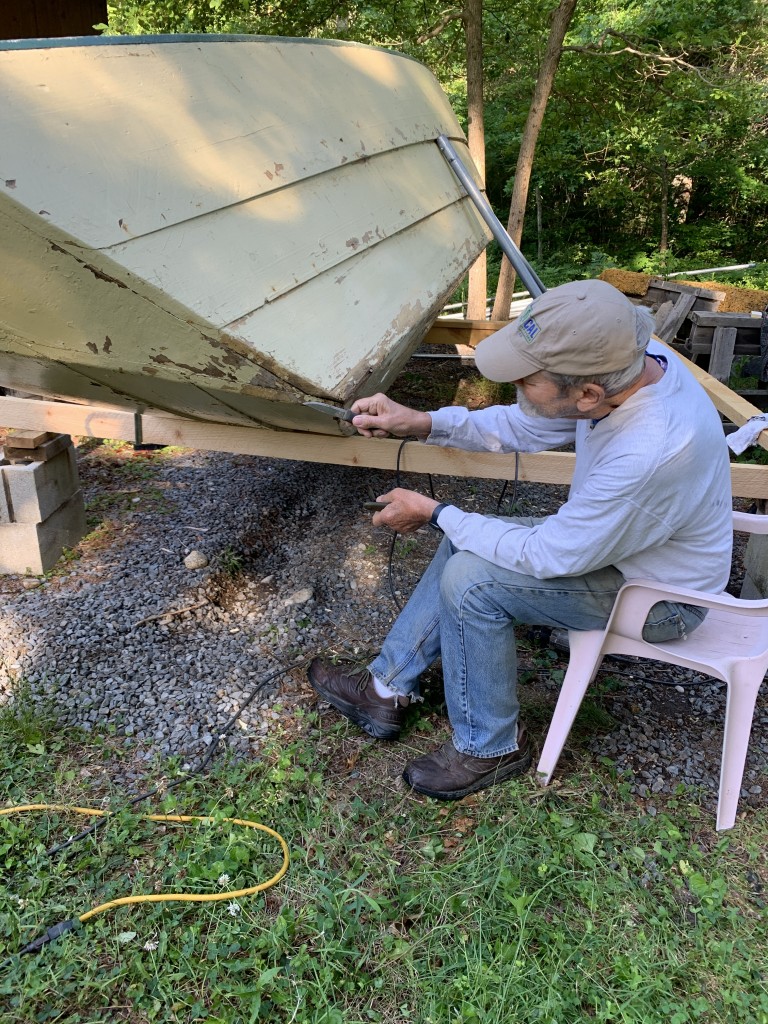 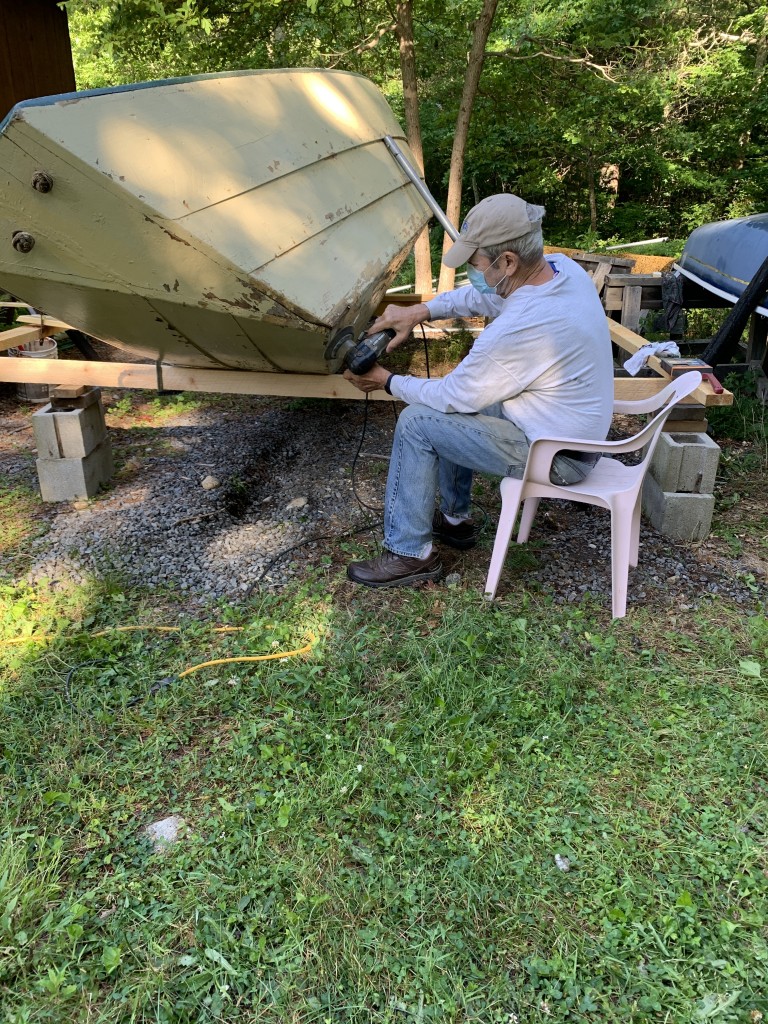 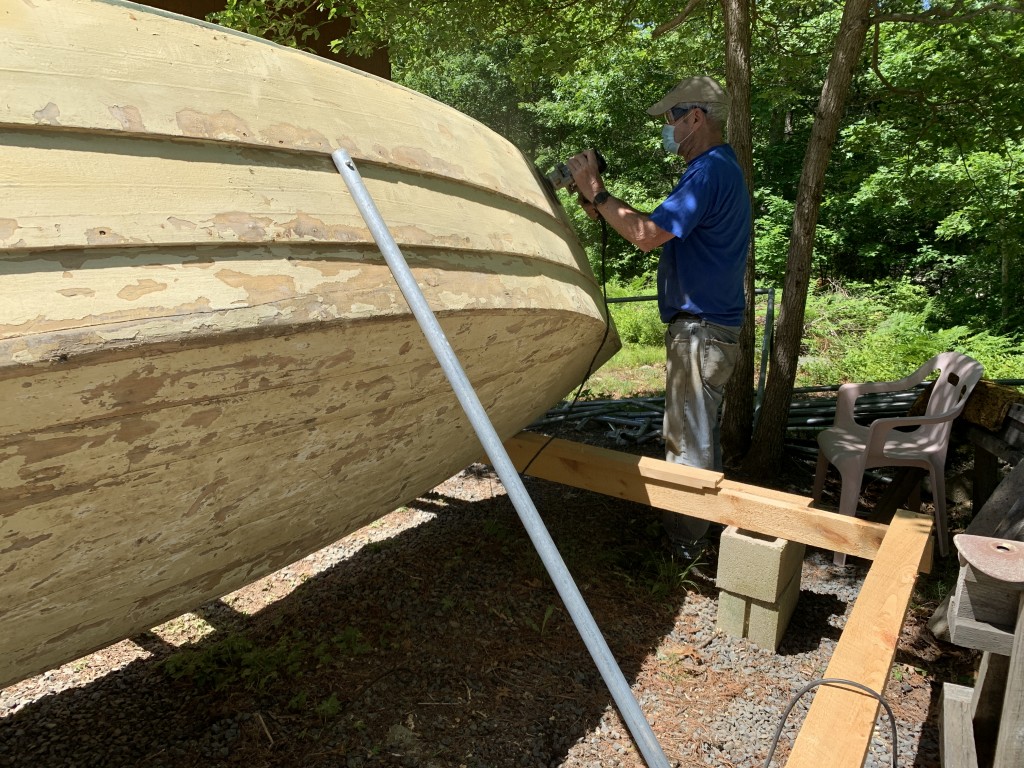 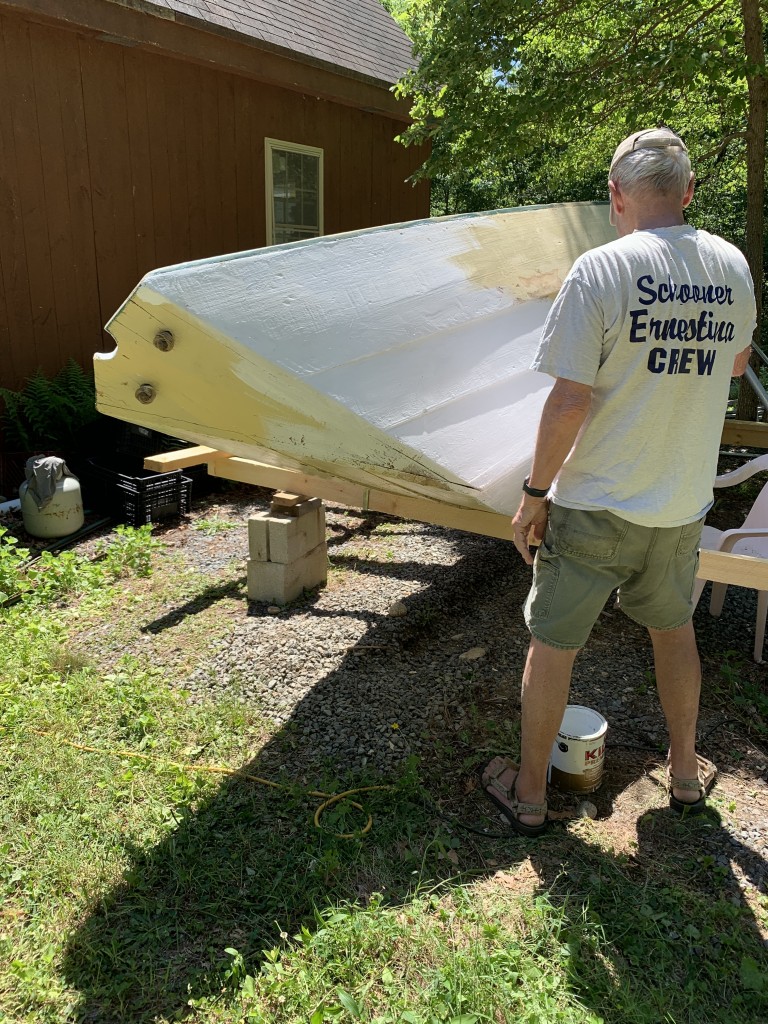 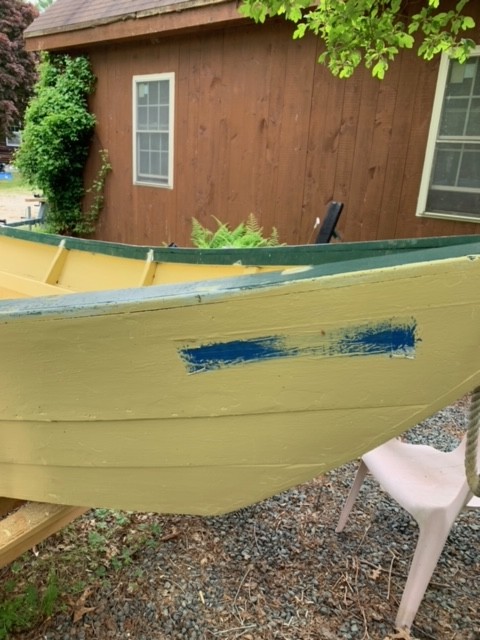 The name was masked, there is no stencil to reproduce it. 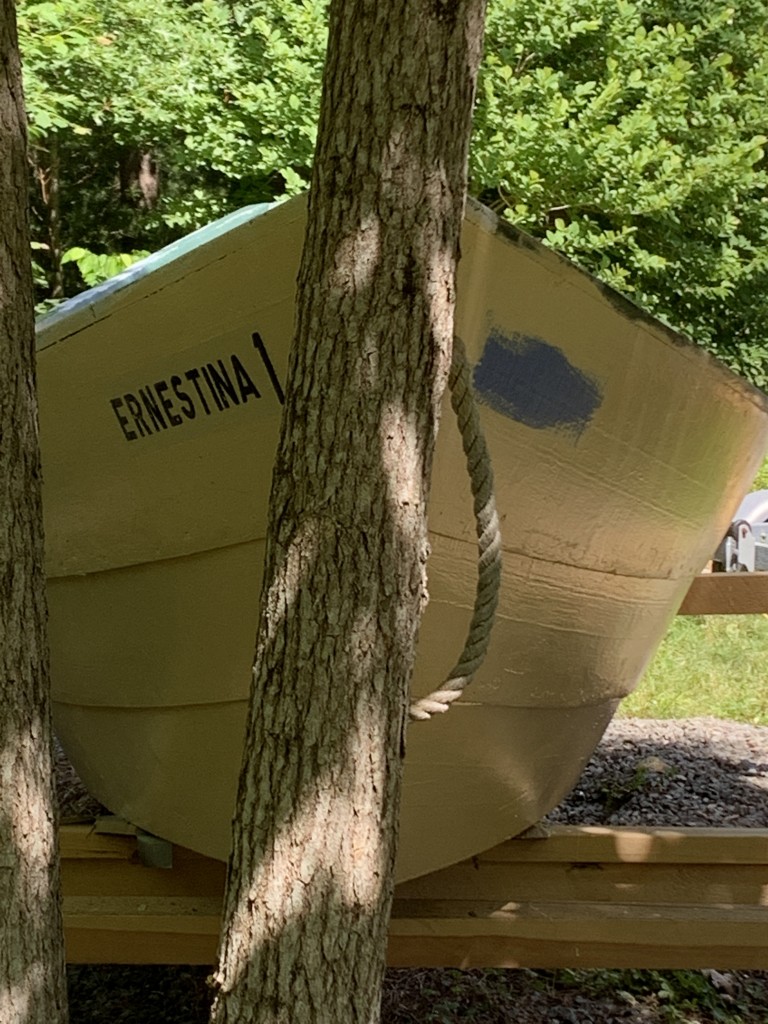 The Starboard side is done and the port side has been painted. 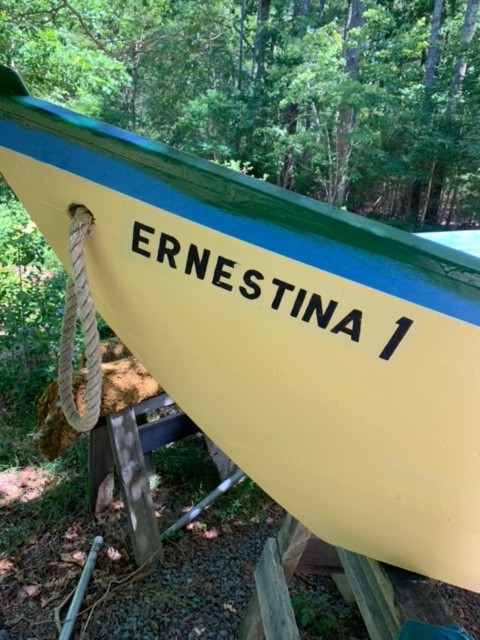 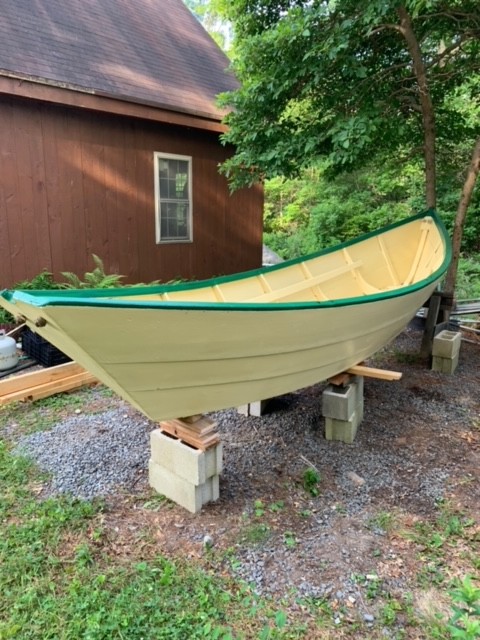 See you on State Pier!