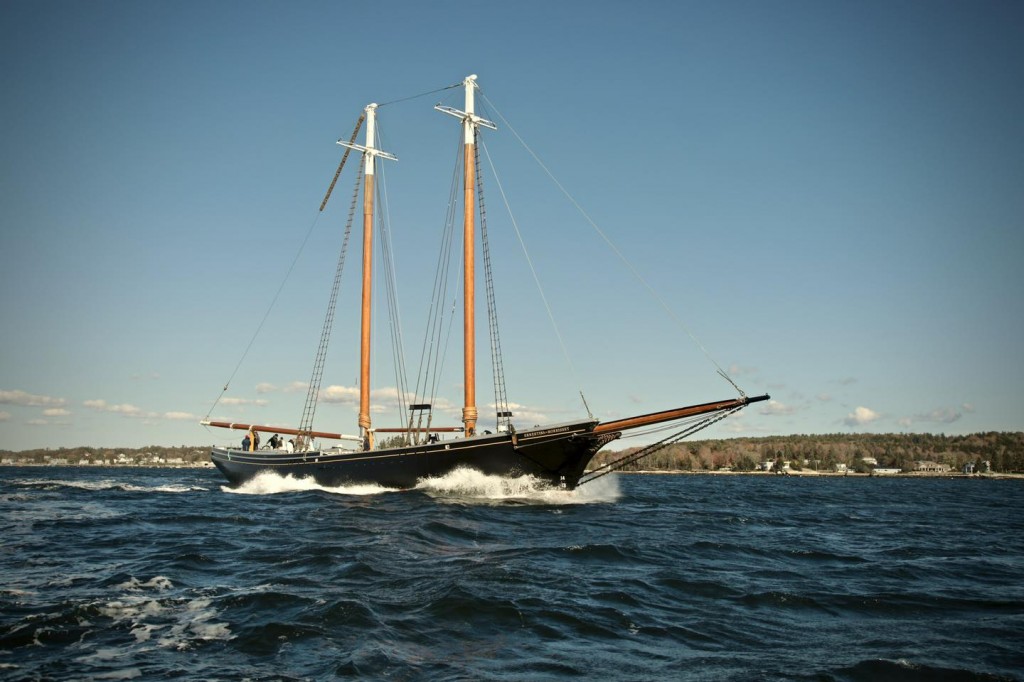 A few days before the October Schooner Ernestina-Morrissey-Advisory Board Meeting the vessel underwent sea trials. Ernestina-Morrissey set out from the dock under her own power and the new engine, transmission and drive line performed well. 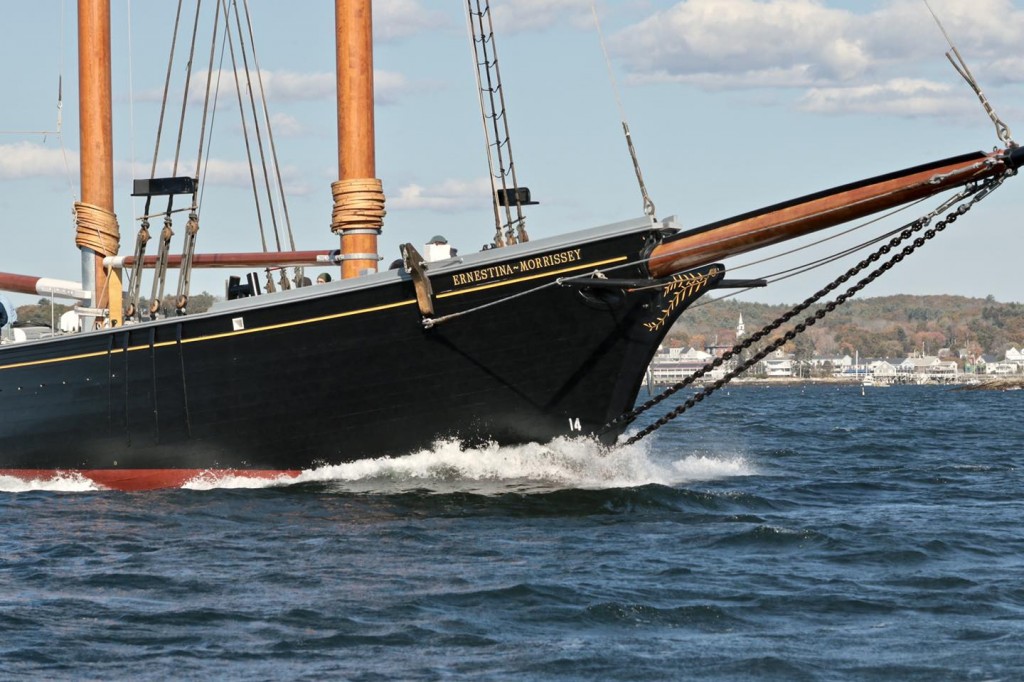 A bone in her teeth!

Representatives from Cummins Marine Power , TwinDisc Transmissions and Hundested Propulsion Systems were onboard for the hour-long trials and Ernestina-Morrissey‘s mechanical propulsion systems will only need a few minor adjustments. 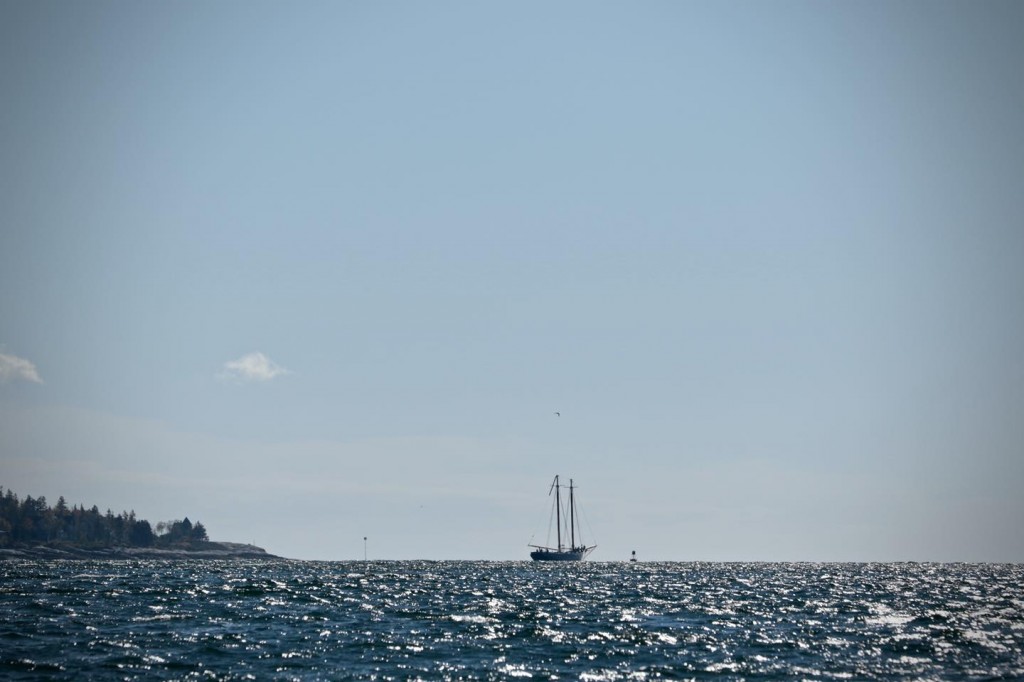 Surely, when she sensed the open water of the Gulf of Maine she was ready to keep going but it was time to get back to the dock. Ernestina-Morrissey still needs the rest of the hardware installed on her spars and the running rigging completed; then the sails can be bent on. 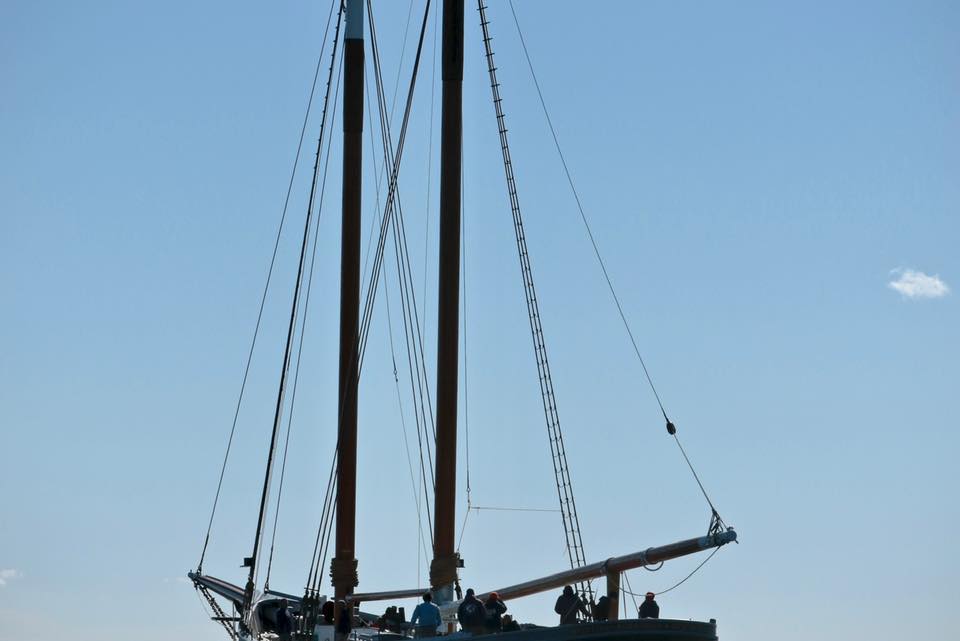 Everyone onboard agreed that Ernestina-Morrissey‘s sea trials were a success.

If you want to hear the Cummins QSM 11 engine running visit the crew’s Facebook page. And like and follow the page to get more great posts!

Thank you to Bristol Marine’s Facebook page for the photos.