DCR staff were assigned to watch over Ernestina-Morrissey during the recent blizzard.  Today Paul and David are busy clearing snow from the deck.  The winter cover is not in place anticipating the trip to the Boothbay Harbor Shipyard, but the weather has not cooperated to allow a safe passage for the ship since mid-December.  Hopefully the weather pattern will change soon and the ship can be brought to the shipyard and work on her rehabilitation can commence. 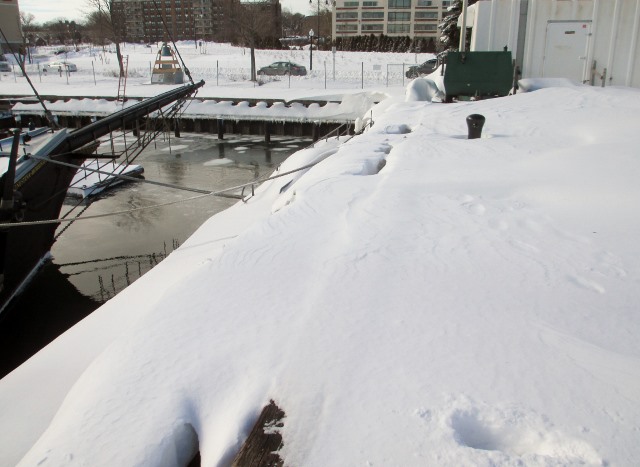 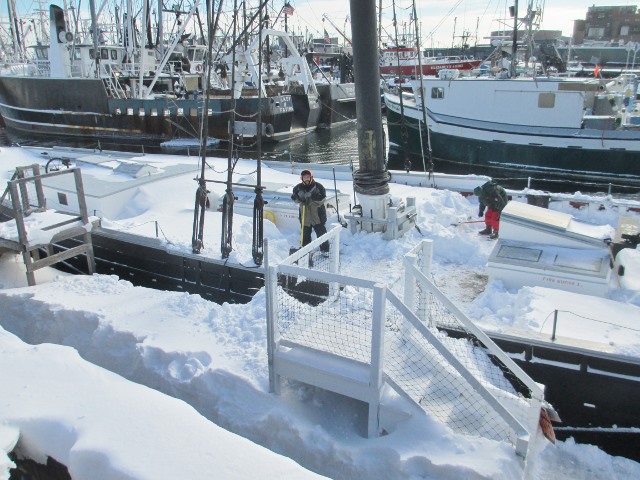 The first task for Paul and David was to shovel a path along the floating dock, before they could start clearing the deck. 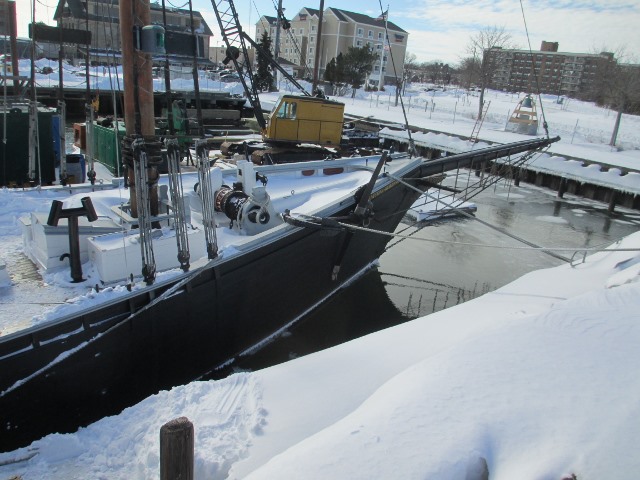 There is a lot of snow to be removed before it settles and solidifies. The deck has to be clear to safely move the ship to Maine. Thank you, Paul and David! And thank you DCR for making Ernestina-Morrissey a priority!

This entry was posted in Commission, Maintenance and Operations Committee, News. Bookmark the permalink.