Sails Over Ice and Seas 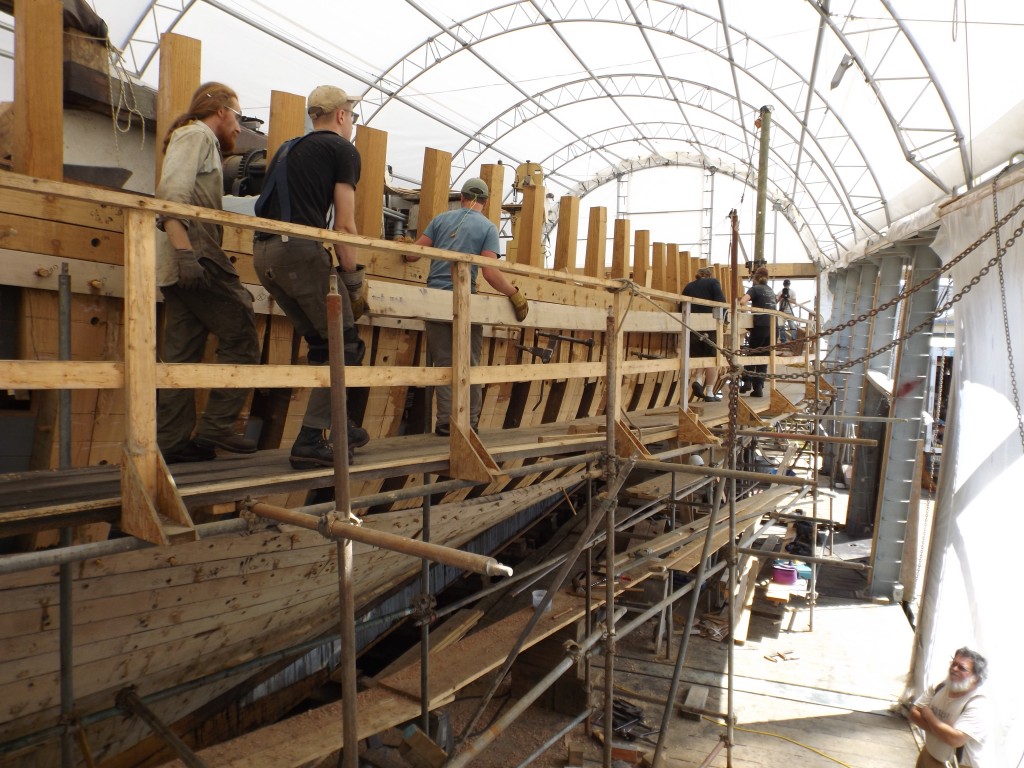 Christian Lopes, at far right, is filming the crew installing the next plank.

Rick Lopes has been collecting images and interviews of Ernestina-Morrissey‘s history for over thirty years. His plan to produce a documentary called “Sails Over Ice and Seas: The Life and Times of Schooner Ernestina-Morrissey” is falling into place with “the generous support from several institutions and individuals, particularly Gerry and Marguerite Lenfest” is described in the latest issue of Sea History magazine.  (page 14).  A teaser can be viewed HERE.

Rick has been joined by his sons, Alessandro and Christian, as the recording is completed and editing begins.

“The documentary is still a work in progress and Rick encourages anyone who has photographs, archival film, or a personal connection to the schooner to contact either NMHS or Voyage Digital Media. ” (Voyage Digital Media ,  National Maritime History Society) 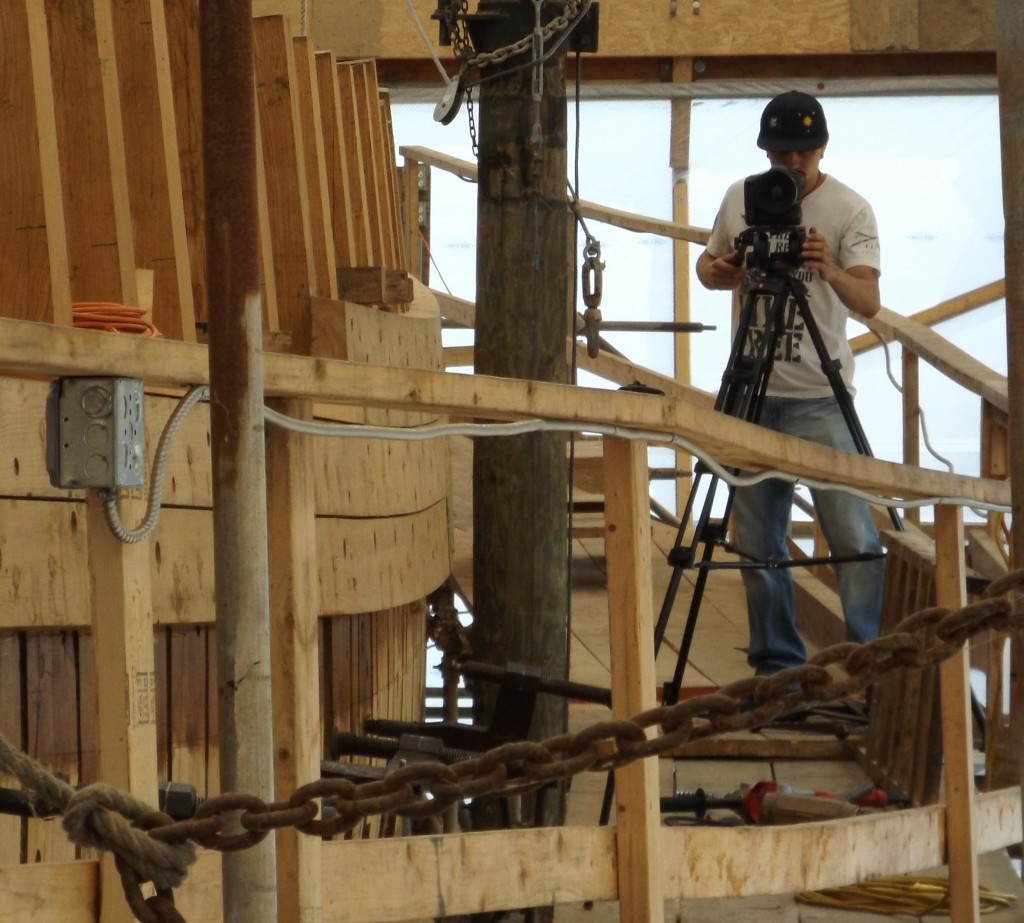