The summer had a great kick-off for Ernestina-Morrissey with an invitation to Boothbay Harbor’s Windjammer Days.  The vessel was celebrated along with the schooners of the Maine Windjammer Fleet.  With the center of the action at Whale Park, just two blocks from the Shipyard, many visitors walked up from our table display to view the rehabilitation progress.

The Friends of Windjammer Days and Boothbay Harbor Shipyard held a reception and tour of the Ernestina-Morrissey which was a huge success. Thank you to Eric Graves and especially Ross Branch for his excellent commentary on the phase 2 rebuild project.
They raised a donation in the amount of $400 for the rehabilitation which Ernestina-Morrissey Association, Inc. gratefully received.

Great to be included with this gathering of Maine Windjammer Captains! credit Faces Maine by Maine Magazine 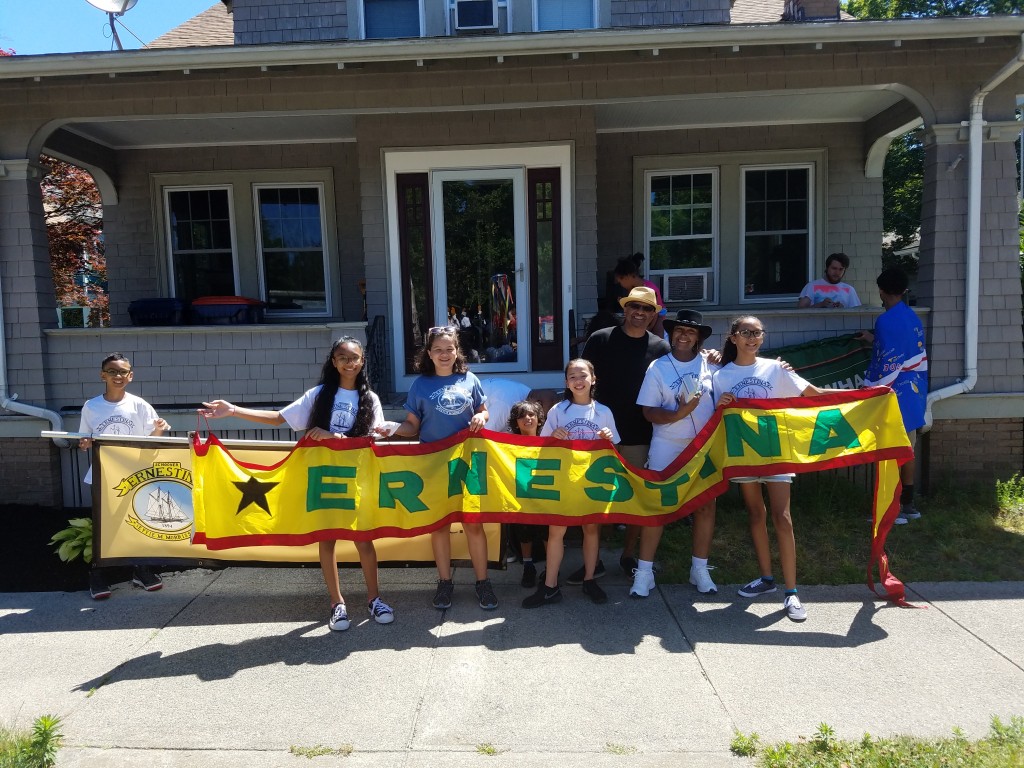 SouthCoast artists made several visits to the Ernestina-Morrissey storage area at State Pier this summer answering the call to create artwork made with recycled items from the Schooner Ernestina-Morrissey.  With support from DCR and the Schooner Ernestina Commission SEMA provided surplus and other material which was beyond usefulness on a sailing ship.  This initiative was spearheaded by SEMA volunteer Chuck Smiler and Chuck Hauck from Gallery X. 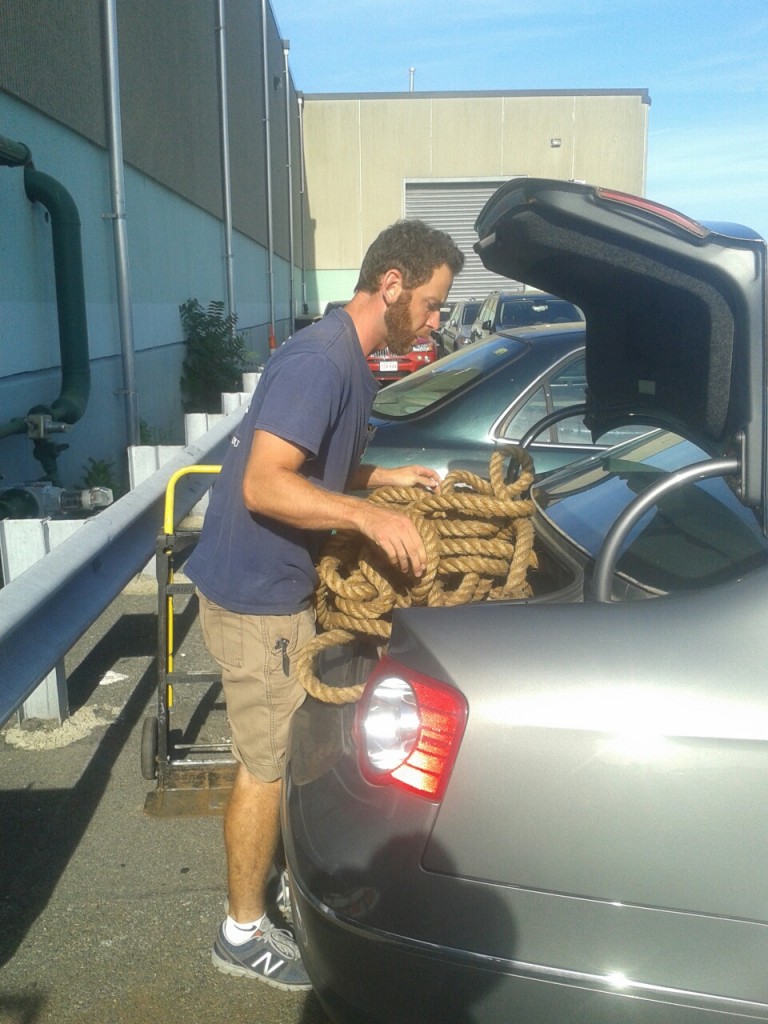 GALLERY X – SHIP SHAPE: the Art of Boats and Boatbuilding

The Gallery X September show, Ship Shape: Boats and Boatbuilding, will include ART OF THE ERNESTINA-MORRISSEY highlighting and celebrating the Official Vessel of the Commonwealth, the historic Schooner Ernestina-Morrissey.  A portion of this section of the show will be new artwork created from material that was salvaged from or used in connection with the schooner.  Seventeen artists received material from the Schooner Ernestina-Morrissey Association, Inc. (SEMA), made available by the Massachusetts Schooner Ernestina Commission through the Department of Conservation and Recreation. The artists’ media include found-object and wood sculpture, stained and painted glass, jewelry, wood turning, nautical ropework, mobiles and more.  Half of the proceeds of sale of this “Recycle” art will be contributed to SEMA towards its fundraising for the current rebuilding of the Ernestina-Morrissey at Boothbay Harbor Shipyard, in Boothbay, Maine.

SEMA President Julius Britto with Sandy Britto and Director Derek Stevens greeted the many festival-goers on a beautiful day in Onset. 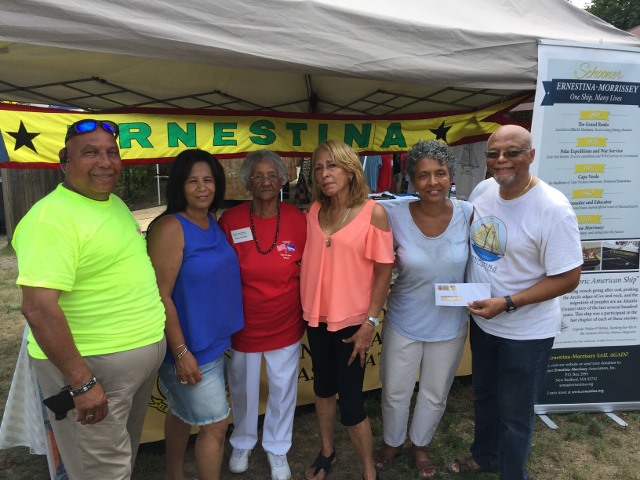 At the Salem Maritime Festival we were excited to see that the Essex Shipbuilding Museum brought along the “Little Effie” a 1/6 scale model of Ernestina-Morrissey built by Fred Littleton, a Bartlett Boy in 1940.  Fred sailed his “Little Effie” in company (scroll down for photos) with Ernestina when she visited Martha’s Vineyard. 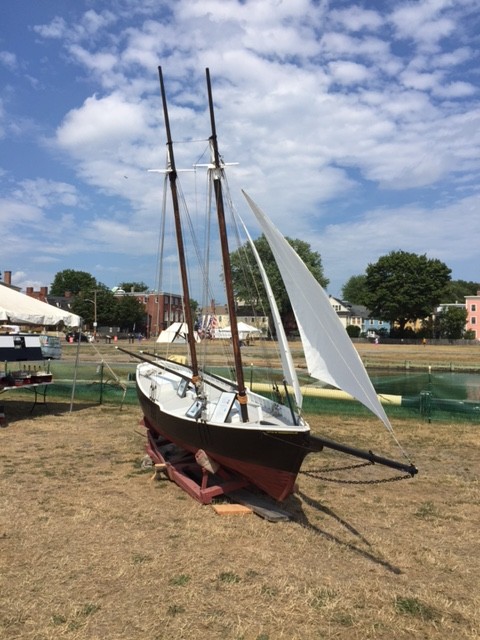 In New Bedford at the August AHA! #FindYourPark the Chorus shared a song celebrating the NPS Centennial.  The video can be viewed on the NBWNHP Facebook page.