The Ship of So Many Memories

Recently, Ernestina-Morrissey was visited by the family of Dr. Lamar Soutter who served on the crew of the 1935 voyage.  Dr. Soutter later went on to become founding dean of the University of Massachusetts Medical School He also pioneered revolutionary filtration and preservation techniques at the blood bank at Massachusetts General Hospital.  His decendants were excited to have this opportunity before the ship takes the long trip to Boothbay Harbor. 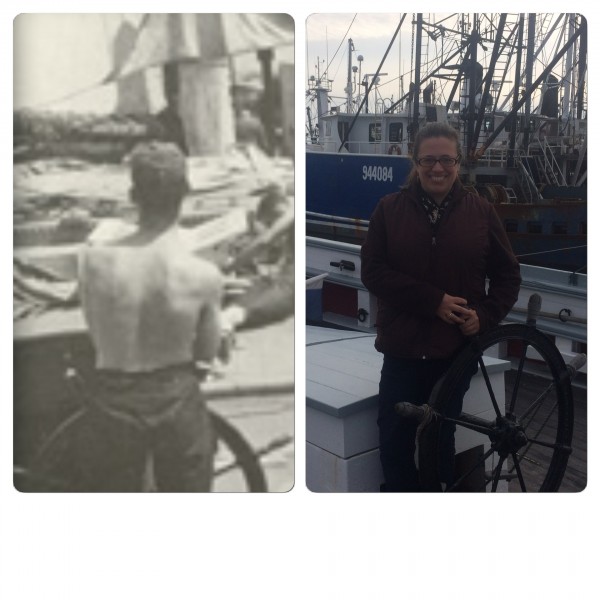 Two Soutters at the ship's wheel 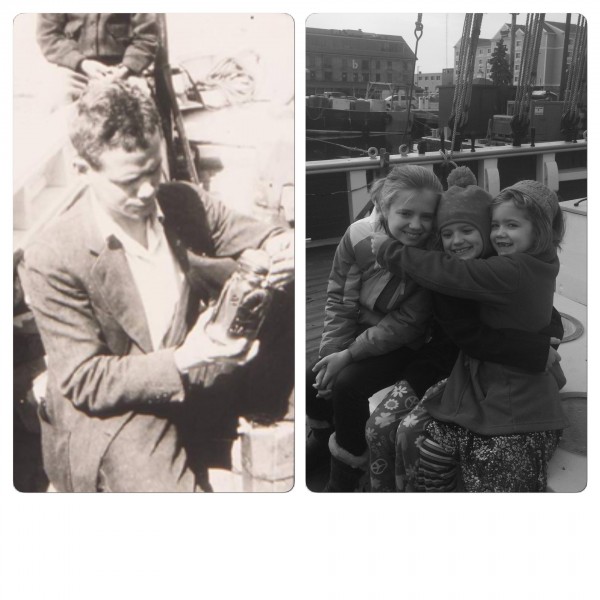 Dr. Soutters Great-granddaughters gathered near the same spot on the deck as he did nearly 80 years ago.