I was struck, on a recent trip to the shipyard, by the juxtaposition of “the old way” and the modern tools both in use by the shipwrights working on Ernestina-Morrissey. One example is the techniques used for holding the planks tight while they are fit and fastened to the frames.  Although there are no news reels from 1894, The Shipbuilders of Essex, a film probably produced in the 1930′s, can give you a flavor of the “old way” 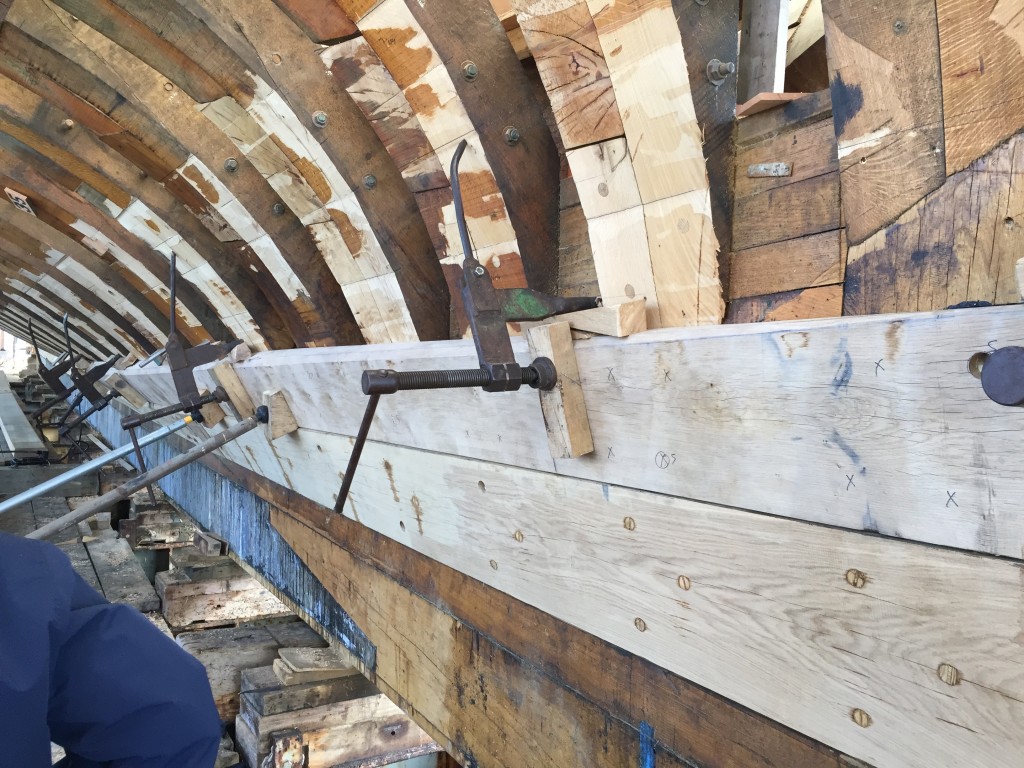 The aft plank of the broad strake is fastened to the frames. The plank has to be held tightly in place until the screws and trunnels are in place. These screw clamps and wedges are "old tech" 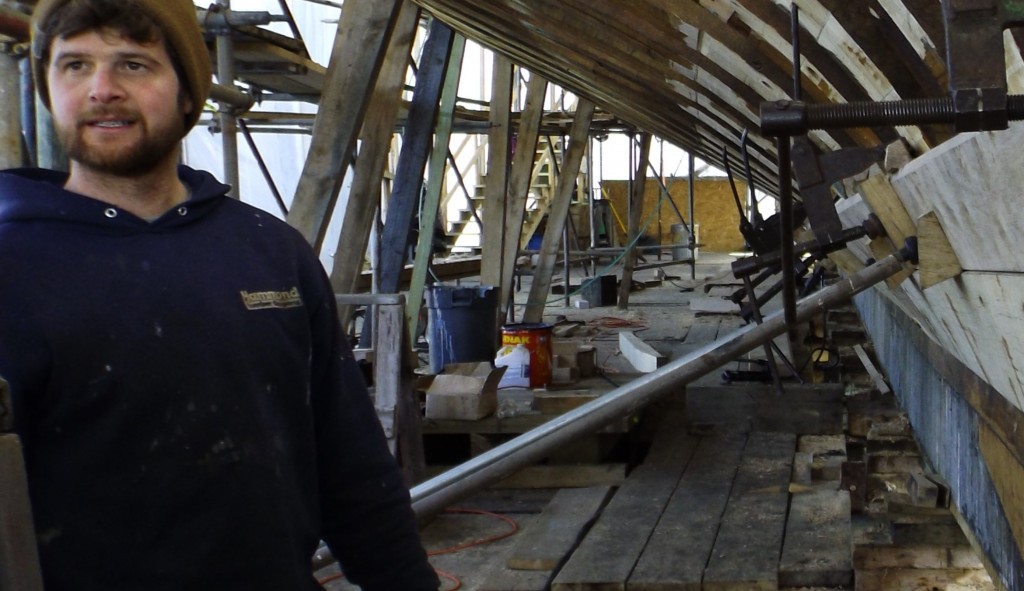 But the clamps aren't the only way to do the job, just next to David's elbow you can see a metal pipe. David, an example of the younger generation learning this ancient craft, has been working on the rehabilitation of Ernestina-Morrissey since the project started, impressive on any shipwright's resume! 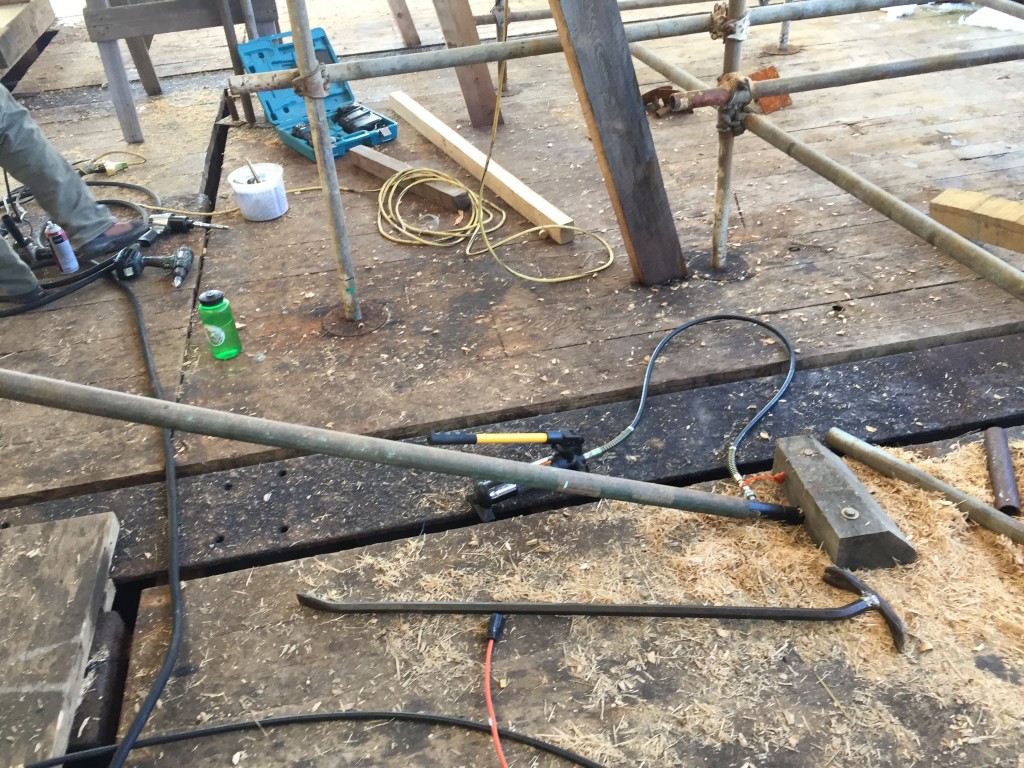 The "pipe" is a hydraulic shaft (ram) braced against a cleat on the work floor. 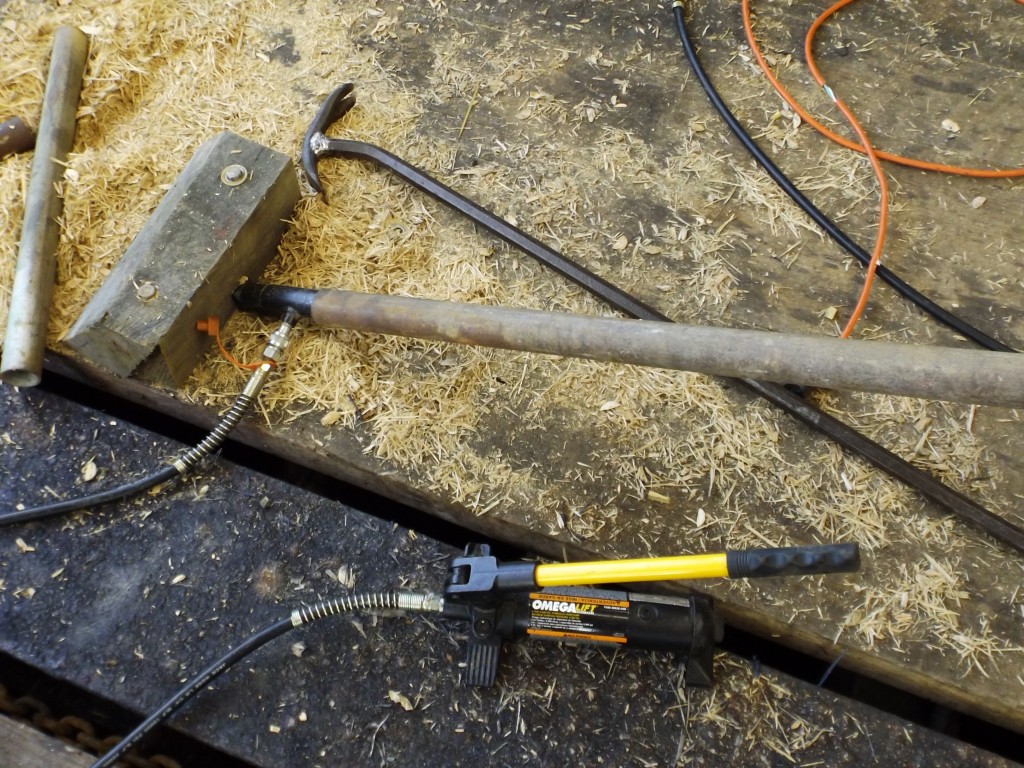 This hydraulic hand pump applies pressure to the shaft to hold the plank tight to the frames. 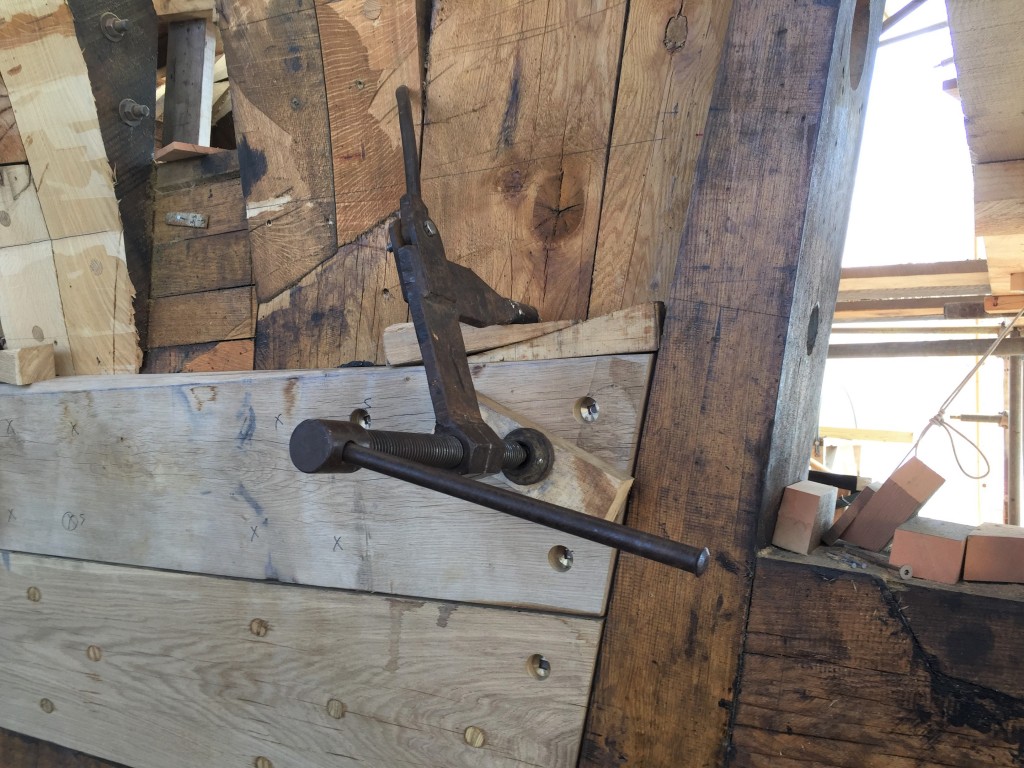 The plank must also fit tightly against the stern post. 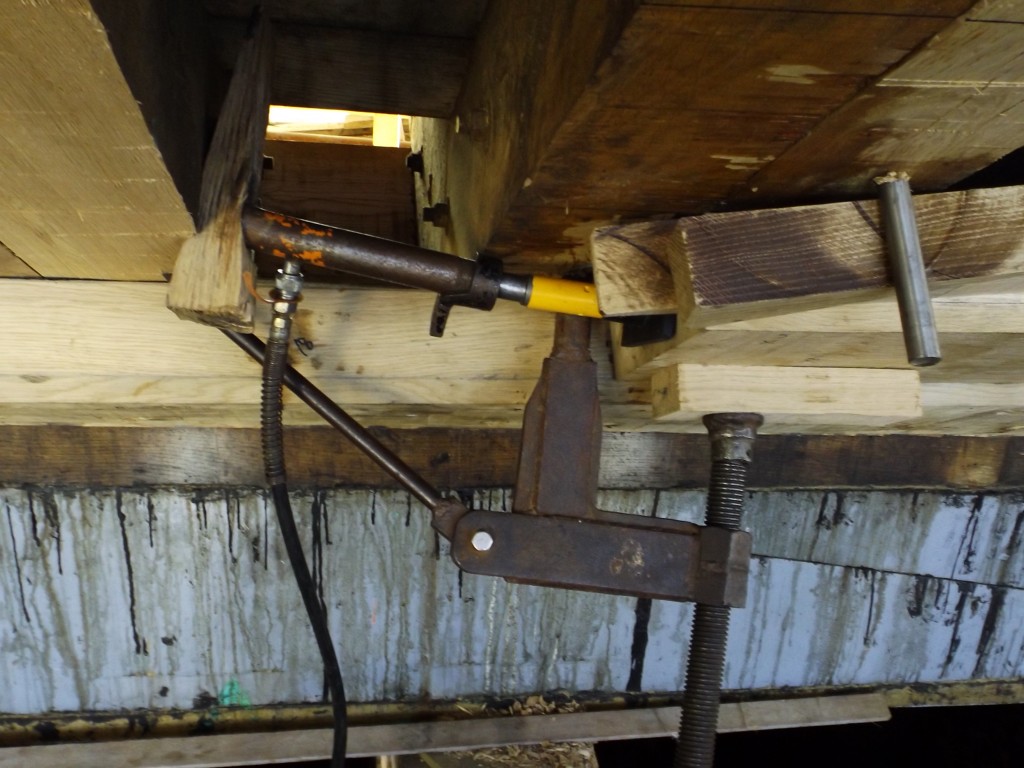 Hydraulics are again called into service along with classic screw clamps and wedges at the butt end to insure the plank is tight to the stern post. Old and new working together. 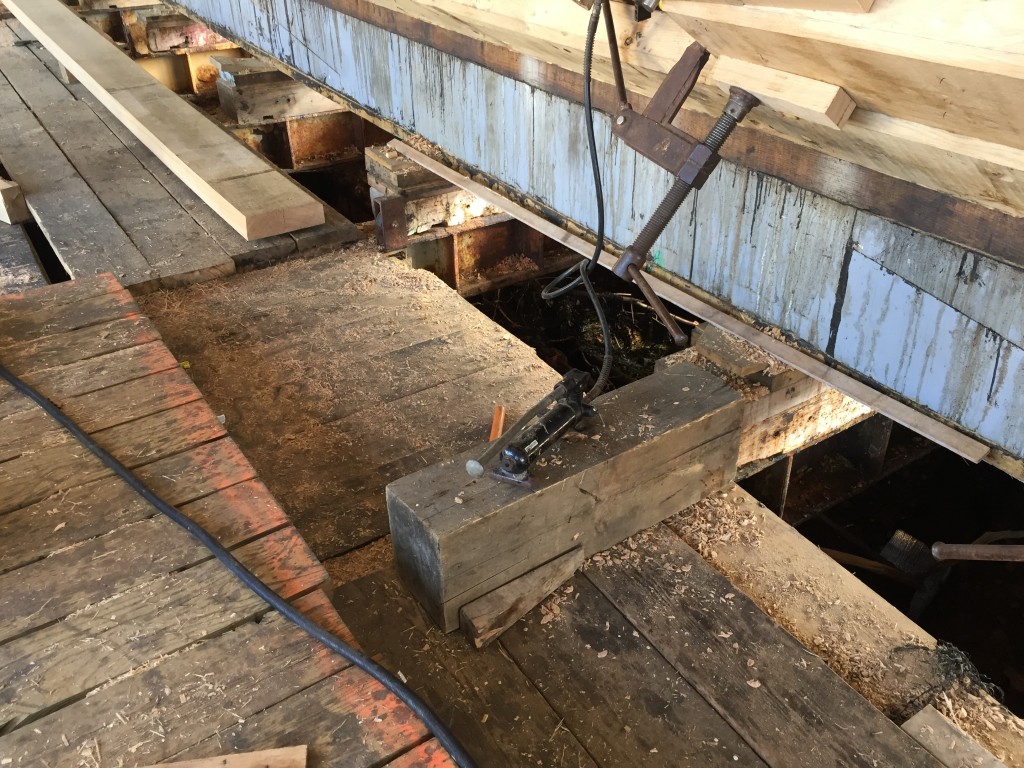 Screw clamps and hydraulic hand pumps, shipwright technology evolving over the past 124 years getting the job done for Ernestina-Morrissey.