Ernestina-Morrissey‘s stern is getting all new framing as you know from previous posts .  The work is coming together beautifully as you can see. 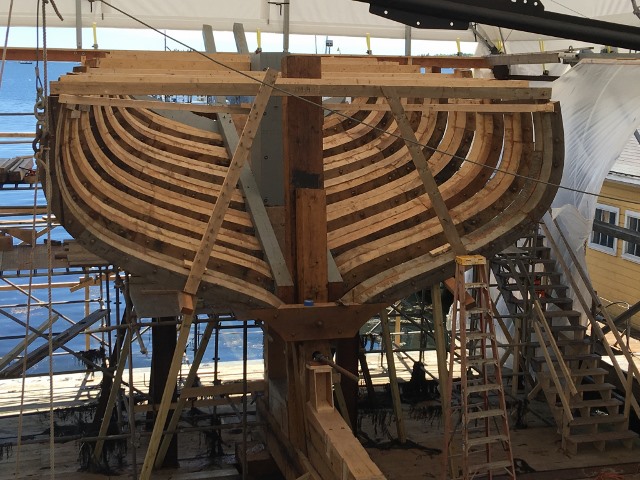 To give you a sense of scale of the project, the photo below is the cant frame forward of the stern-post that you see in the photo above. The frames aft of the stern post are fit into the ship’s structure with mortise and tenon.  This newly installed frame is not, it is bolted to a floor timber with silicon-bronze bolts. 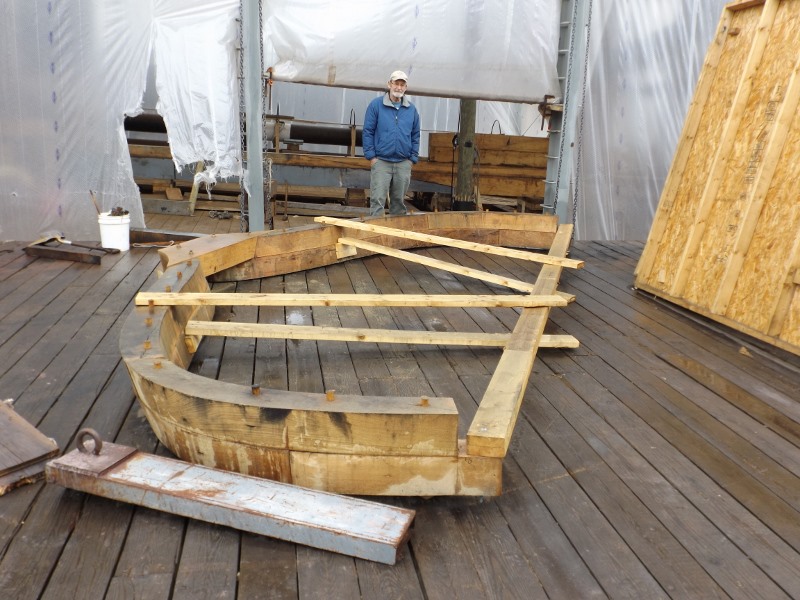 Here's the after cant frame that will go just forward of the stern post. Fred gives it some scale. You can see it is already bolted together with the floor timber. 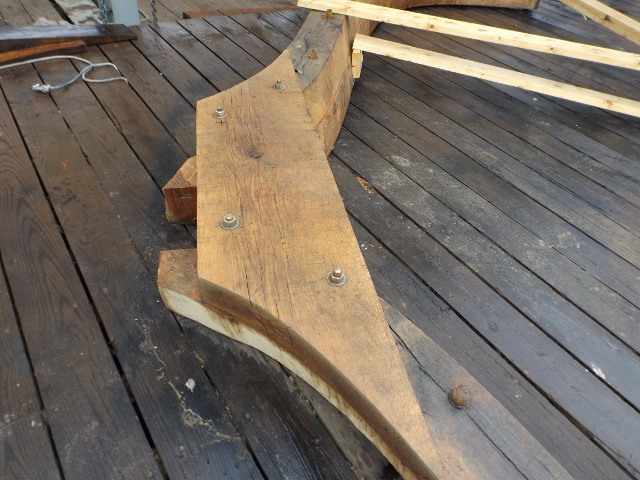 How do they keep the work symmetrical working with such heavy, unwieldy frames?   Old School! 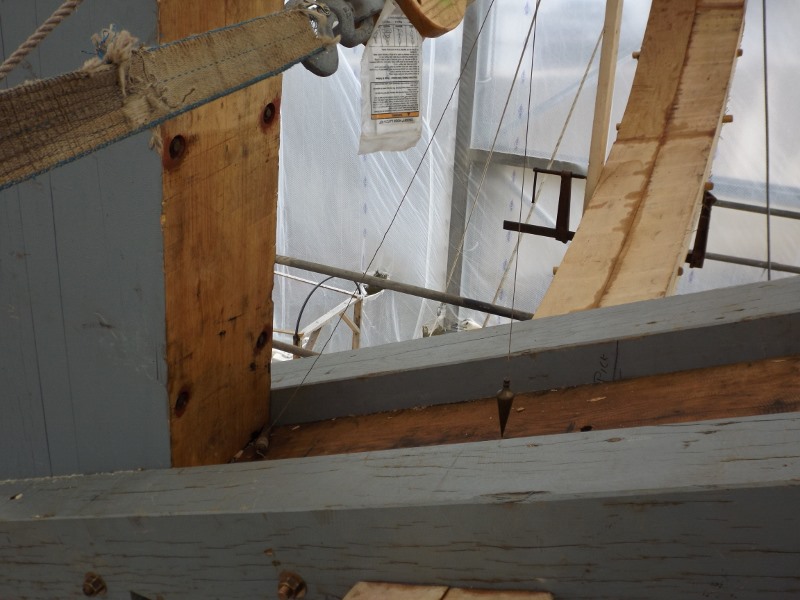 A plumb bob to keep the work "square".

At the very aft of the stern structure the transom is taking shape too. 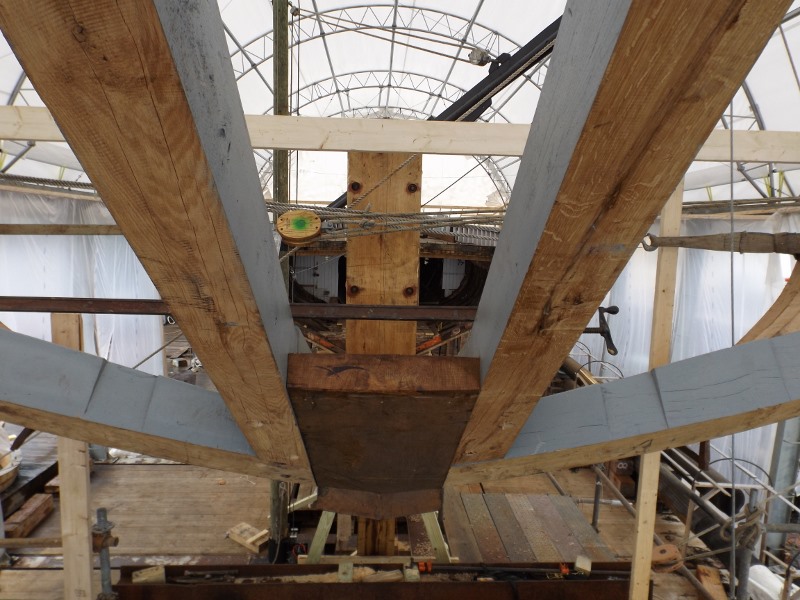 The framing of the new transom.

That is the rudderpost beyond the block and tackle. 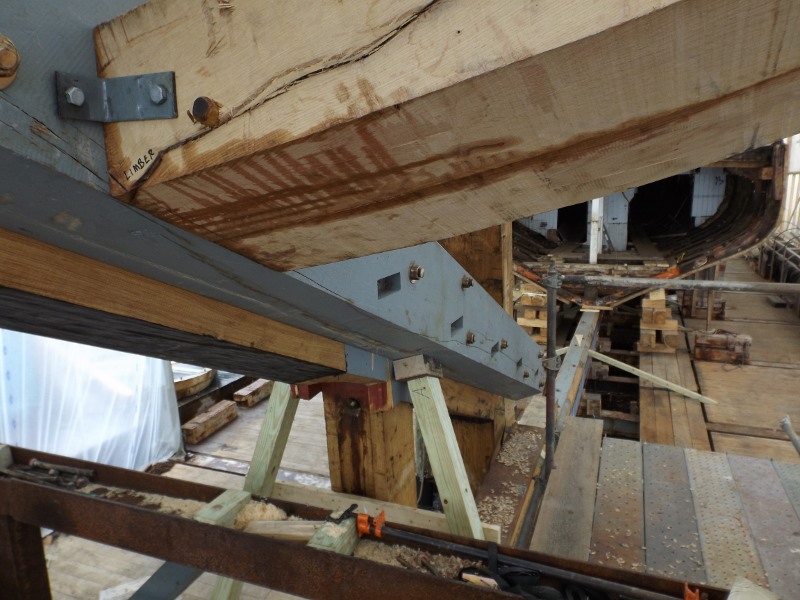 Care is taken for every small but important detail, like limber holes.

The work platform has been moved to the ship and extended so that the larger frames can be assembled. 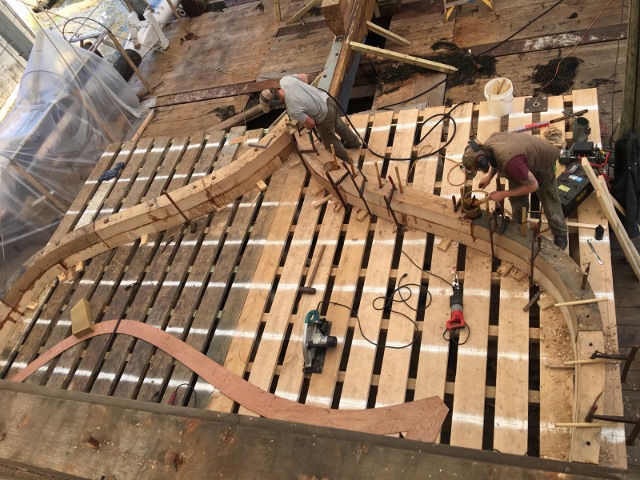 The larger frames forrard are being assembled close to their place in the ship's structure. This frame will be at the break in the deck, about mid-ships. credit H.Burnham

The forward part of the ship that was rehabilitated in 2008-2009. You can see the deck, deck beams and clamp are new but parts of the ship were reused.