Monday August 29 at the Shipyard

Although the exact day Ernestina-Morrissey would be launched was not certain, a small celebration was held on August 29. An early-morning dedication is described in a recent post. Although there was no formal announcement word spread locally and a number of folks and the Boothbay Register were present.  The photos show the rest of the story. 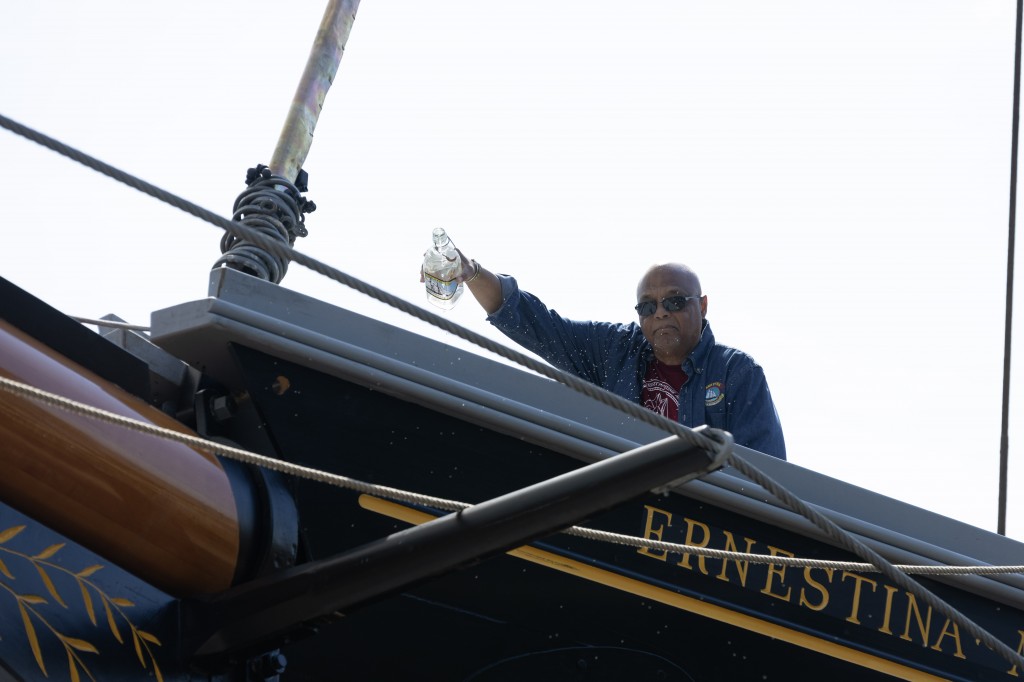 SEMA President Julius Britto honoring all those who have supported this effort to see Ernestina sailing again! And thanking those who sent this water for use to celebrate with 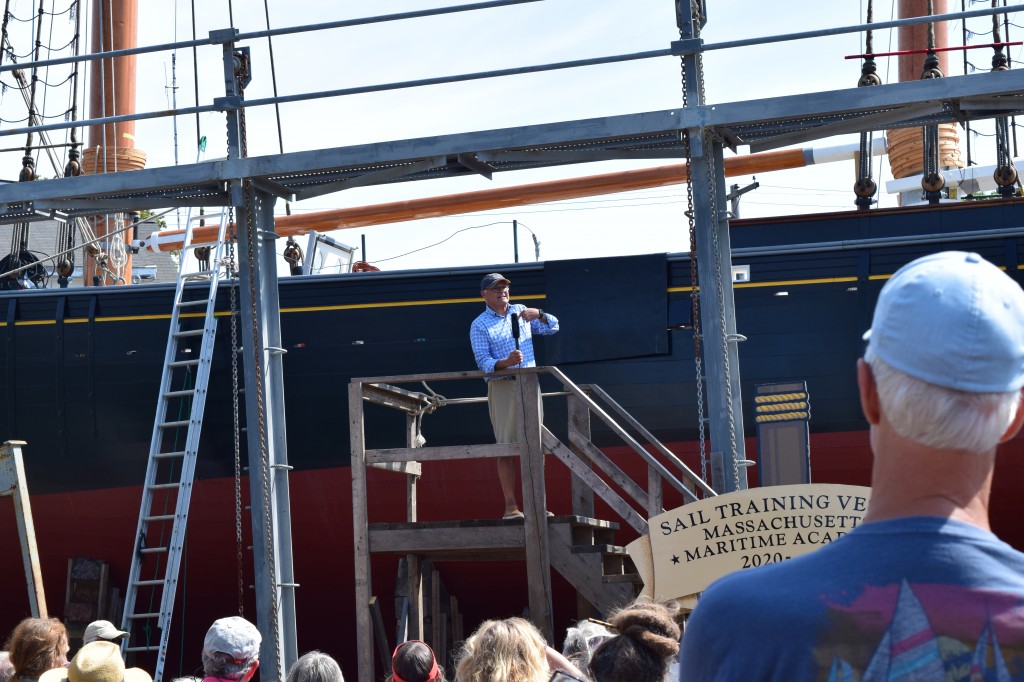 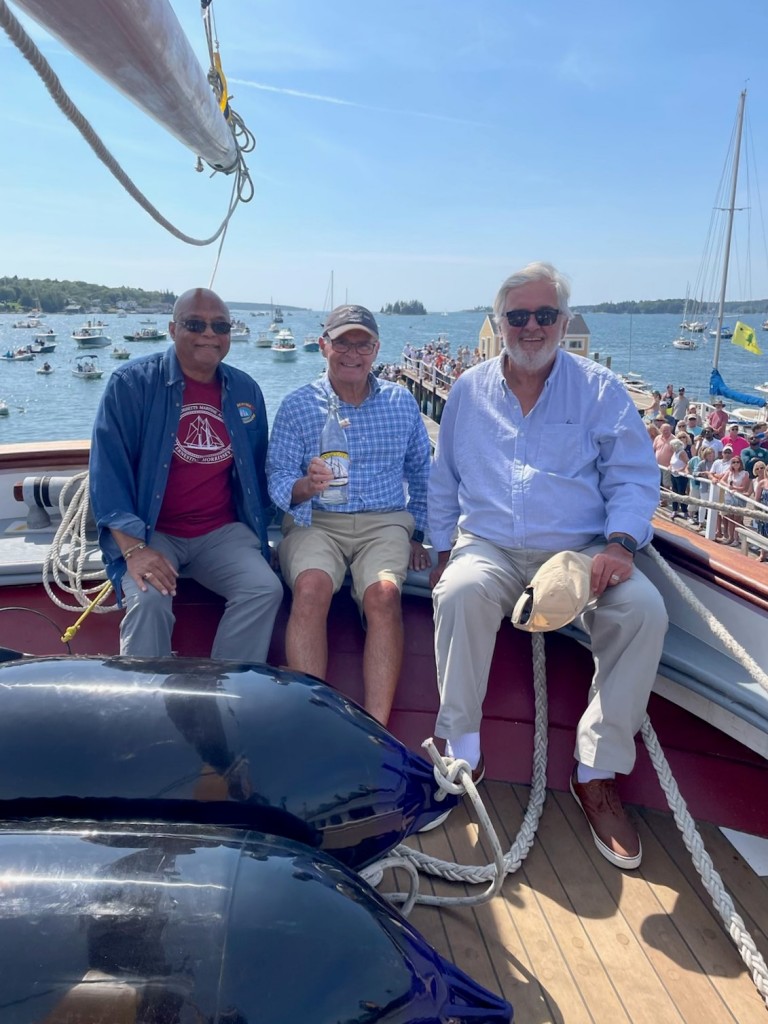 Julius, Bob and John ready for the slide down the railway. 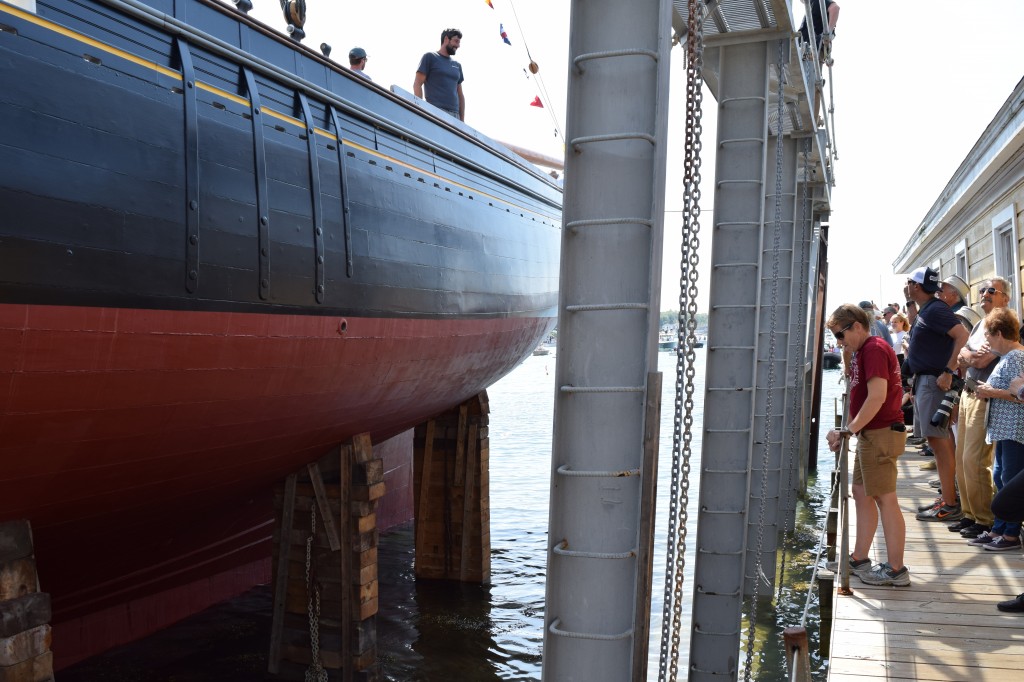 As the keel was just touching the water the progress down the railway stopped. Captain Krihwan, (red shirt) scans the water. 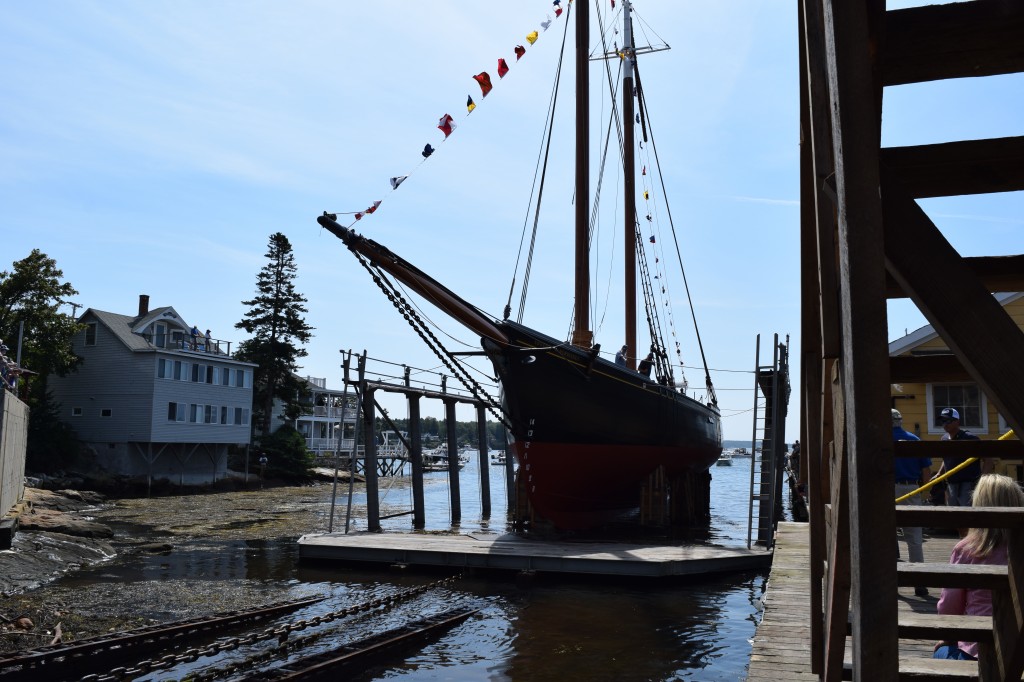 While everyone waited, the diver on standby was sent to inspect the rails. 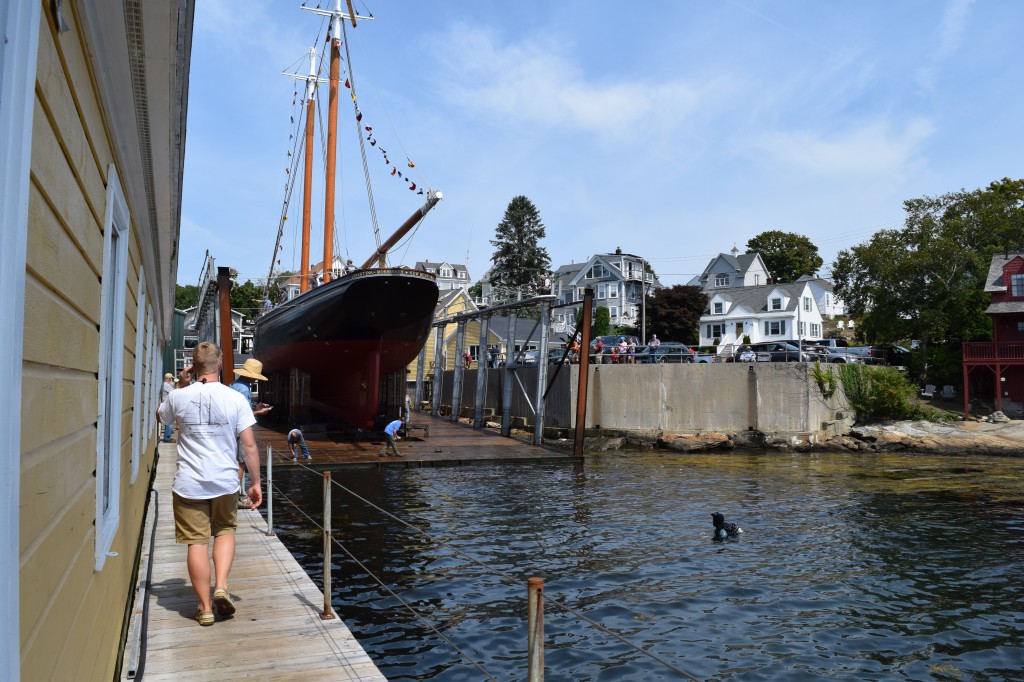 The diver reported what was found.Ernestina-Morrissey was hauled back up the railway. 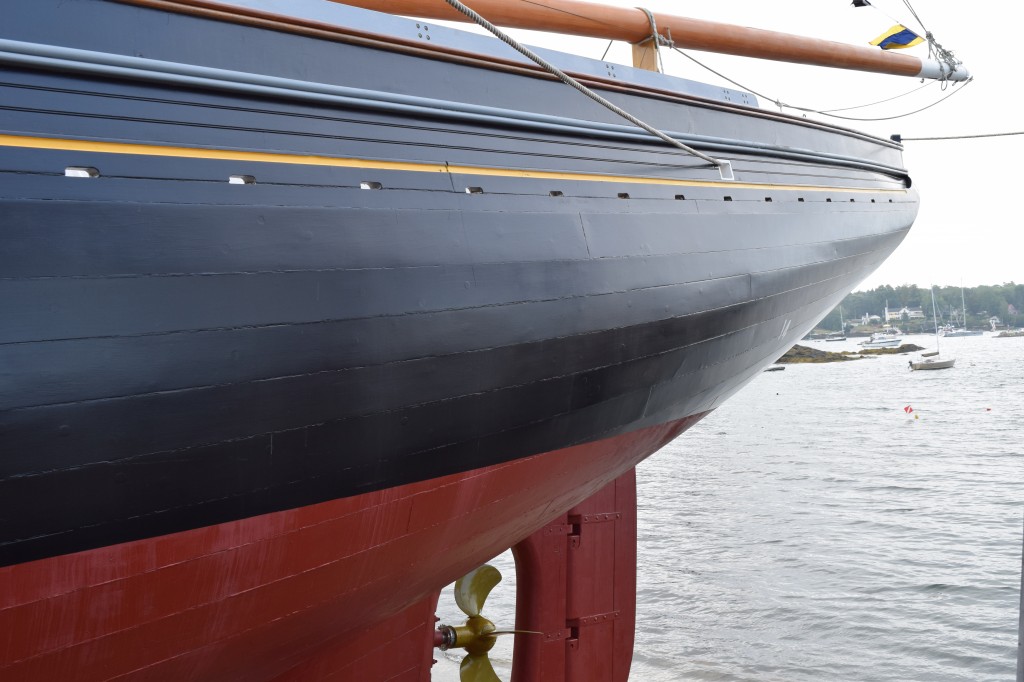 The shipyard crew would fix the problem at low tide in the evening when the tide was the lowest and try again on the 30th.

This entry was posted in Maintenance and Operations Committee, Membership and Outreach Committee, News. Bookmark the permalink.

← Ernestina-Morrissey, Re-dedicated, Prepares for Next Chapter   |   Tuesday August 30 at the Shipyard →