“Lofting is a drafting technique (sometimes using mathematical tables) whereby curved lines are generated, to be used in plans for streamlined objects such as aircraft and boats.”

Boothbay Harbor Shipyard is lofting the Ernestina-Morrissey to bring her closer to her original faired lines and over all shape. To do this they are using a blend of historic photographs and lines taken in 2008,  2015, and some preserved at Mystic Seaport, which were drawn by Southmayd Hatch & Thomas A. Soyster at Staten Island, NY in April 1931 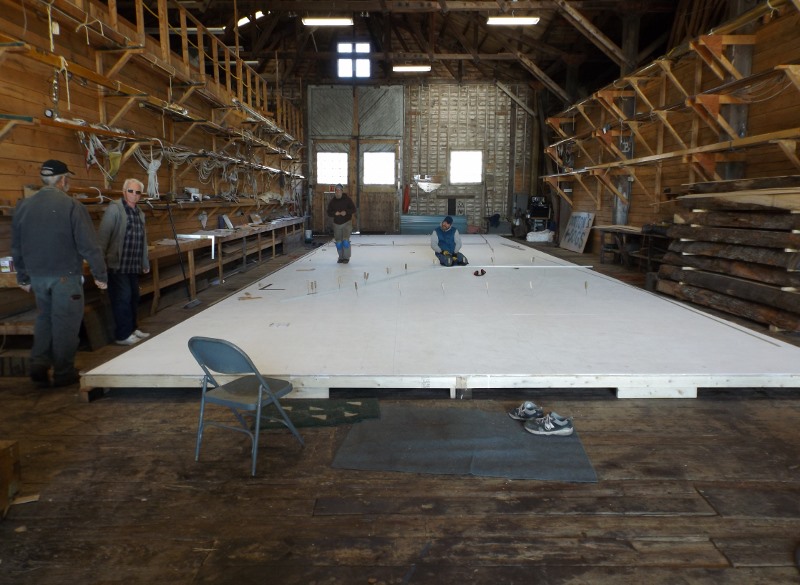 A lofting table has been set up inside to lay out the ship's plans. 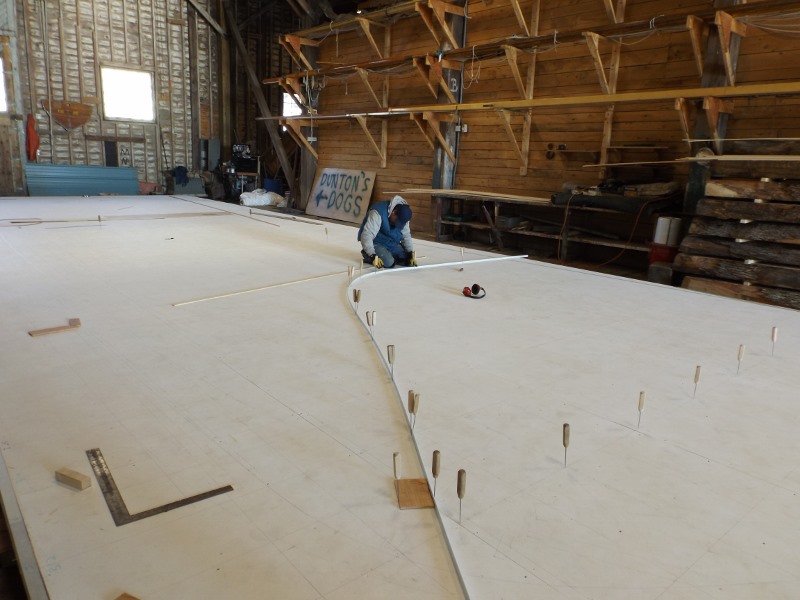 Lines are drawn on the lofting table using the table of offsets. The intersection points are marked, in this case with ice picks, then a flexible batten is bent along the line formed. The batten's shape is used to draw the curve on the table. This curve represents the full-sized shape of the hull at one frame 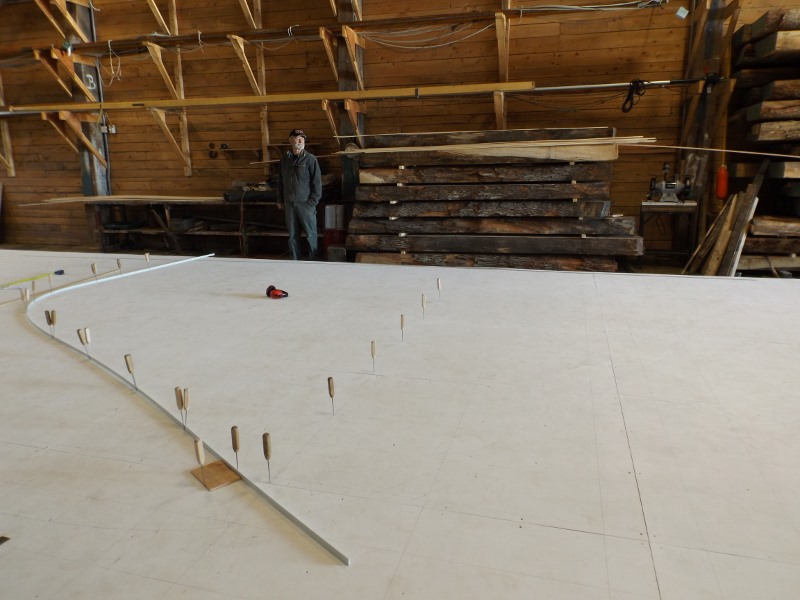 A pattern will be made from this curve which will be used to insure each of the futtocks, that together form the ship's frames, will be the correct shape.

You can help us with your DONATION to make sure Ernestina-Morrissey sails again.