Here’s Where Ernestina-Morrissey Has Been 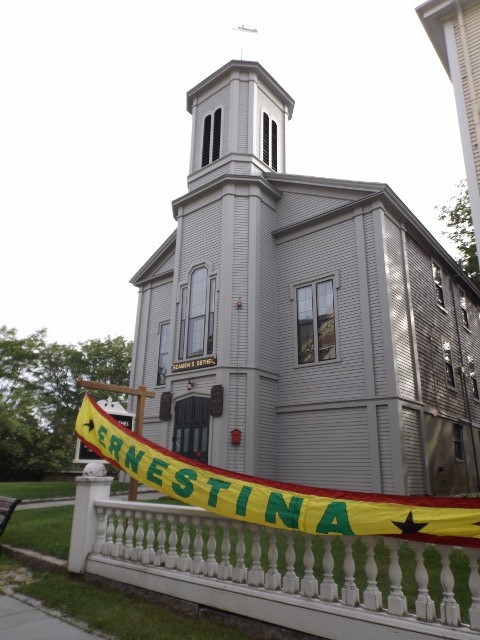 On a lovely summer evening the New Bedford Harbor Sea Chantey Chorus took the audience at the Seamen’s Bethel for a voyage by song, visiting the far reaches of the world’s oceans.  AHA!’s Latitude and Longitude theme was a celebration of the many lives of Ernestina-Morrissey.  Where has she been?  Launched from Essex, MA, for her first 30 years she fished the Grand Banks off Newfoundland and carried cargo and fished from New England to Labrador.   Since 1926 she has traveled to Asia, South America, Europe (Iceland) and Africa. The farthest North, South East and West: 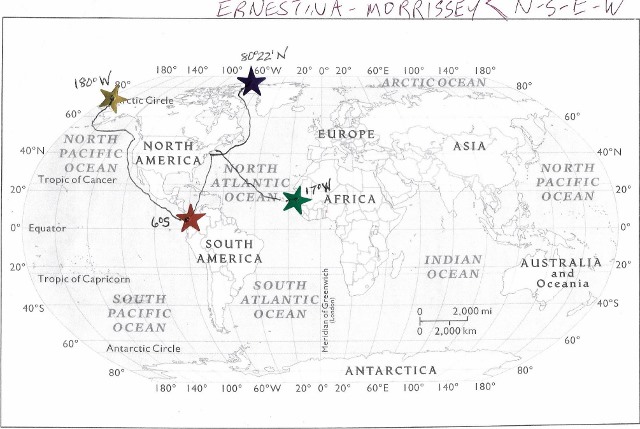