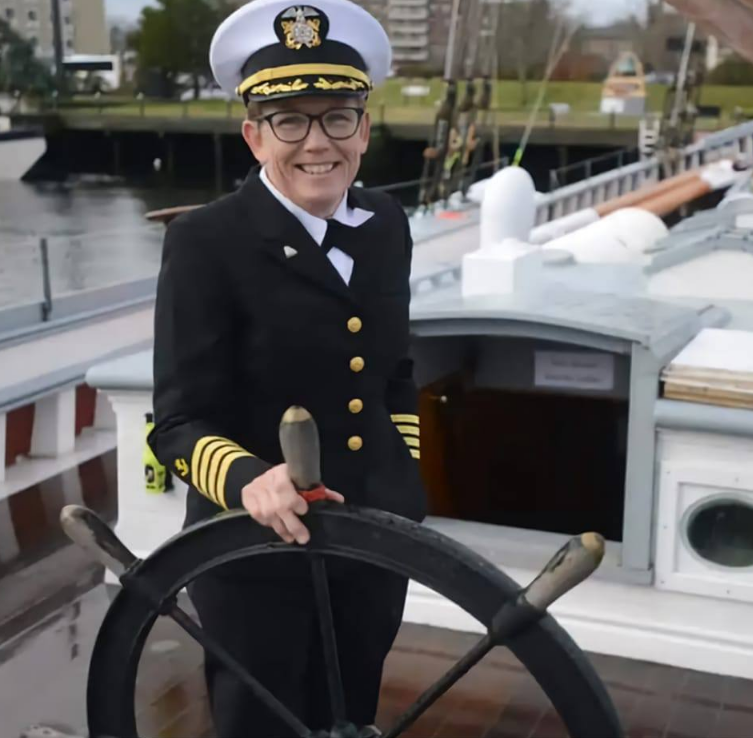 I am truly honored to be the next Captain of this amazing vessel.  In her 128 years they’ve been many amazing Mariners that have been charged with her care.  From the time that she sailed as a Grand Banks Fishing Schooner as Effie Morrissey and taking supplies and conducting scientific studies into the Arctic. From her days as Ernestina, bring people and supplies to and from Cape Verde. Her return to the US as an educational vessel and now as a sail training vessel for Massachusetts Leadership Academy as Ernestina-Morrissey.

One of my most favorite aspects of Ernestina-Morrissey is that I’m not her first female captain.  It seems like we are starting to reach a point in history when people aren’t as surprised about different genders in traditionally male roles. The cadets, trainees and students that sail aboard Ernestina-Morrissey will continue that trend of breaking role models.

We are here today because of so many people’s hard work, passion and dedication to the “Mighty E-M”. Her future is vast and she will help mold the next generation of leaders.