Ernestina on the Railway in Fairhaven.

On Monday morning, June 6, the Tug Jaguar took Ernestina alongside 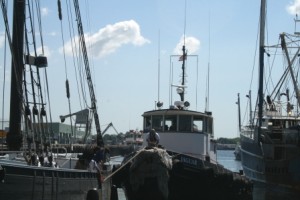 and her lines were cast off. 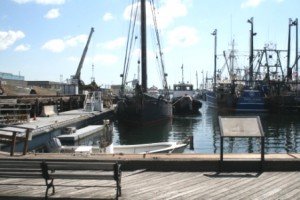 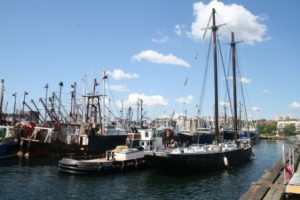 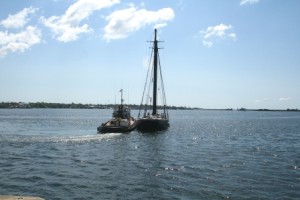 The ship was expertly positioned to enter the cradle 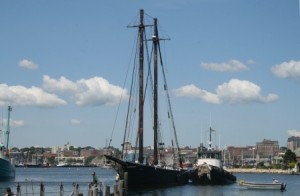 and then Jaguar stood by as the Shipyard crew carefully positioned Ernestina for her journey up the railway. 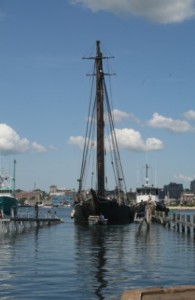 Once the cables held her in exact position the chain began pulling the cradle up the rails. 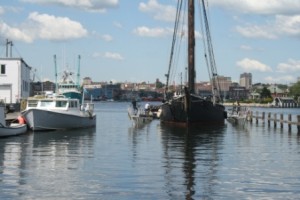 With several pauses for careful repositioning of the blocks the skillful crew from Fairhaven Shipyard insured Ernestina was perfectly balanced as she rose from the water. 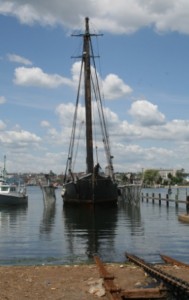 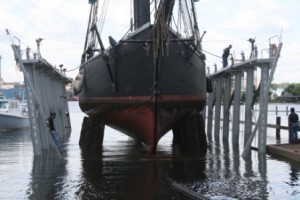 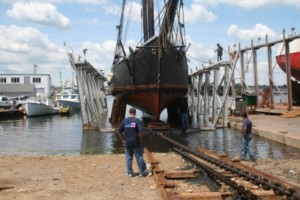 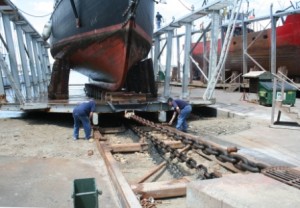 Ernestina will be on the ways for a few weeks while she is inspected, 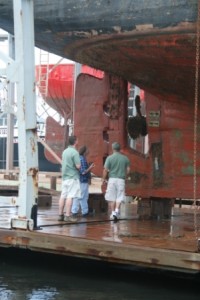 routine maintenance is completed and Coast Guard required repairs are made. 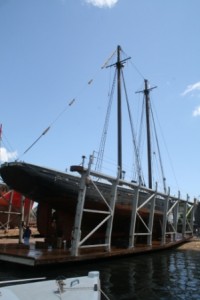 The Schooner Ernestina Commission expects to receive estimates of the work needed to regain certification to carry passengers during this haul-out.

This entry was posted in Commission, Maintenance, Maintenance and Operations Committee, News. Bookmark the permalink.