Materials procurement has been one important facet of this first year’s work by Boothbay Harbor Shipyard and with the help of Harold Burnham, DCR’s owner’s representative on the project, they have stockpiled some amazing wood including Danish oak and Georgian live oak for Ernestina-Morrissey’s rehabilitation. 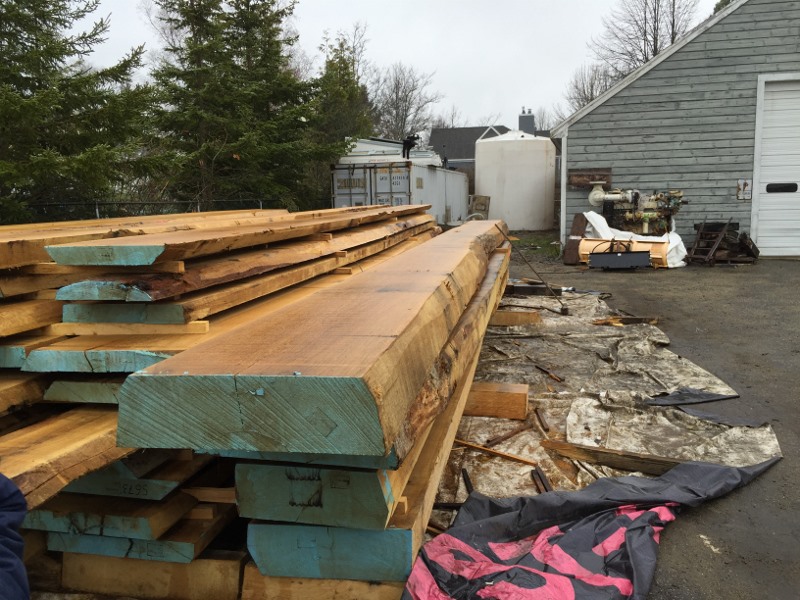 The story of the Danish oak involves England and the Napoleonic Wars.  After the neutral Danish fleet was confiscated by the British to keep it out of French hands, King Christian VII required that his lords plant thousands of oak trees on their lands to be raised for naval timbers.  They were pruned  and thinned until only the best were growing.  Meanwhile warship technology moved to iron and steel and by the time the timber was ready it wasn’t needed by the Navy.  It is now made available for special projects. And it was made available for the Ernestina-Morrissey due to her historical significance. 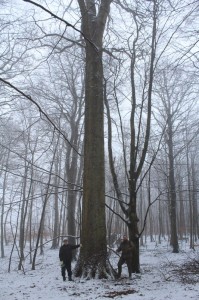 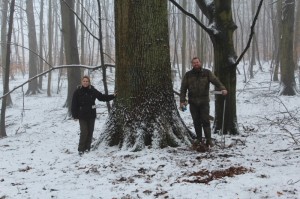 The live oak was cut in Georgia at Cross Sawmill.   Harold and Eric went to visit Steve Cross to check his operation.  The grain and strength of the wood and the growth pattern of the trees make live oak the very best for shaping curved ship timbers.  It is very heavy and hard to work.  Green live oak is over 90 pounds per cubic foot. 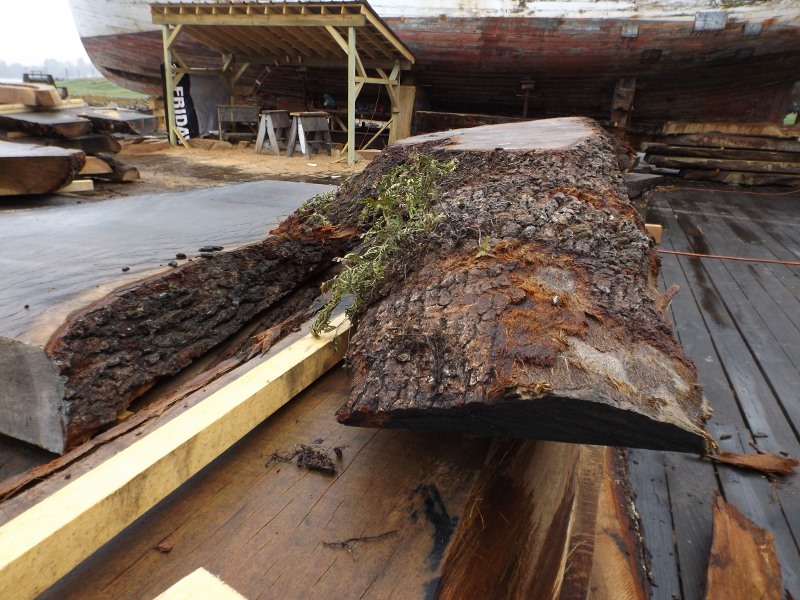 The live oak is so fresh the resurrection ferns revive when it rains.

Ross Branch developed a new technique to shape this hard to work wood. 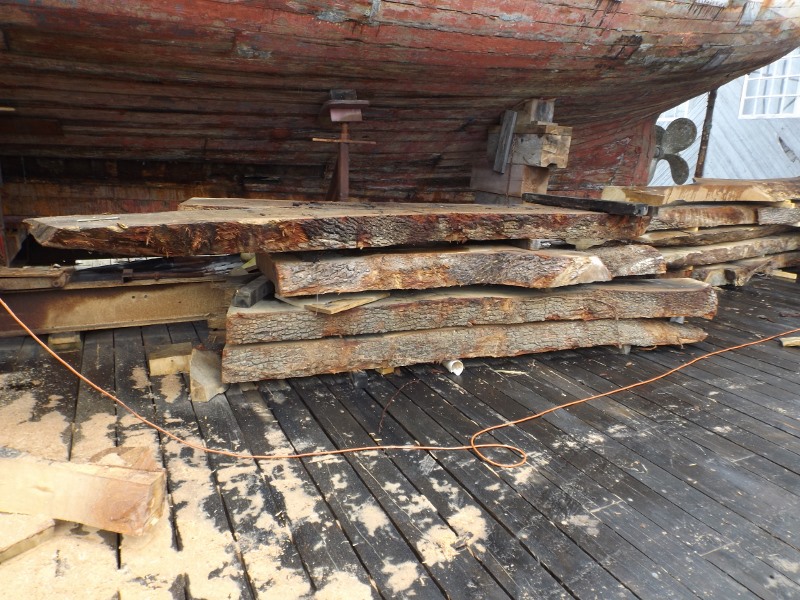 In addition to the oak, another wood that is valuable for building ships like Ernestina-Morrissey is old growth yellow pine. In 2009 Fairhaven Mills in New Bedford was demolished.  It was built in the early 1890′s, about the same time as Effie M. Morrissey, and this is the type of wood that was used for the ship’s original deck in 1894.  The southern yellow pine was valued for use as beams in large buildings as well as for ship building and in 2009, then Mayor Scott Lang facilitated the donation of the beams from the building to Ernestina. The city has stored the wood for use in the renewal of the aft deck during the rehabilitation of the stern. 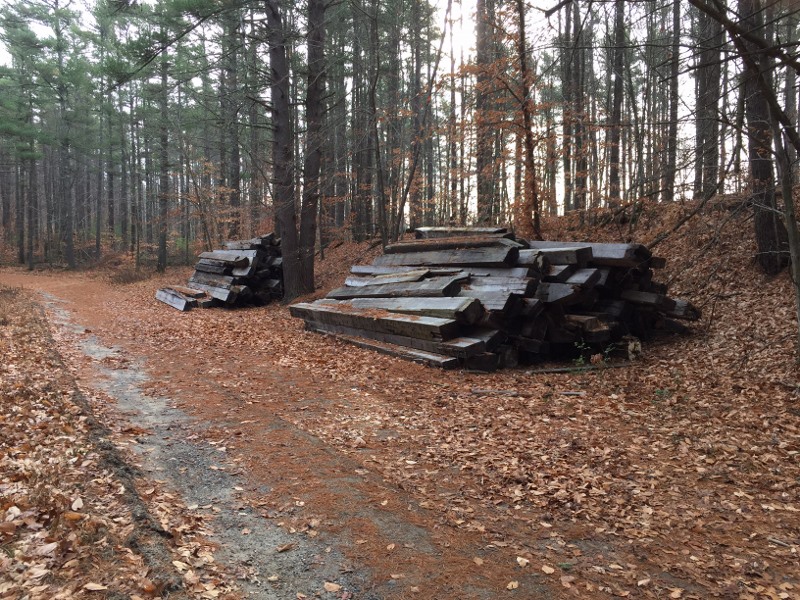 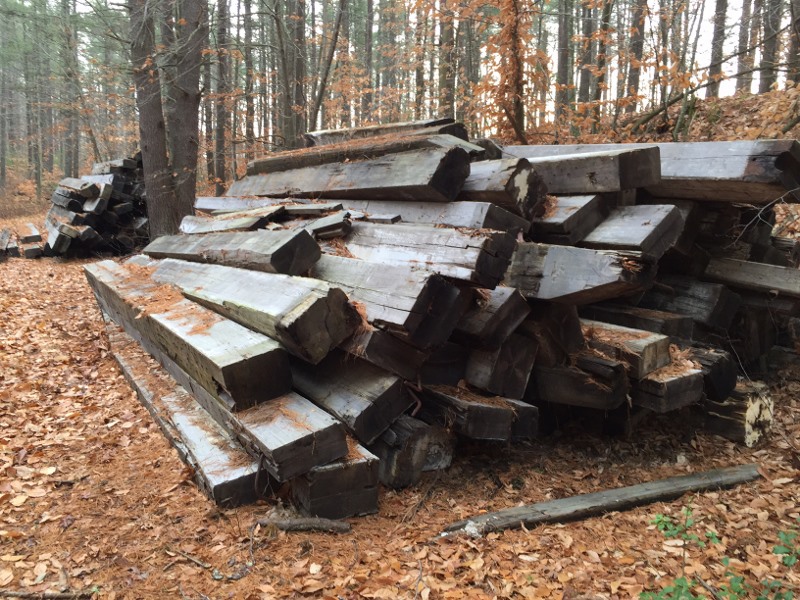 The beams are about 30 feet long and will make an historically accurate deck for Ernestina-Morrissey. 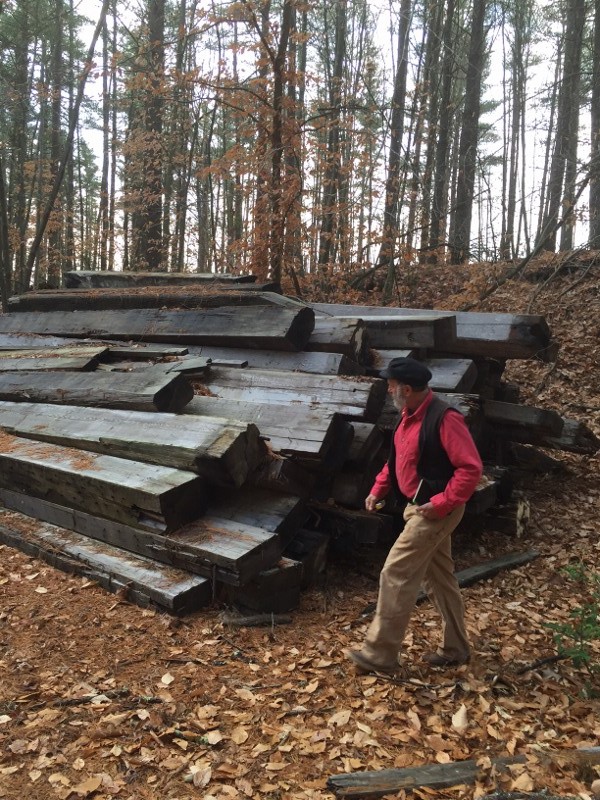 Harold Burnham inspecting the beams. You can see how substantial they are.