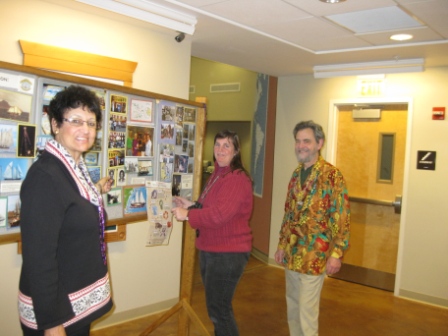 The celebration began with an introduction of the Schooner Ernestina Commission. 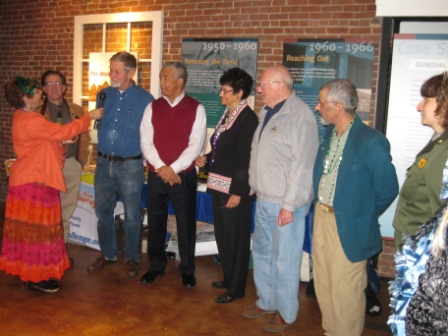 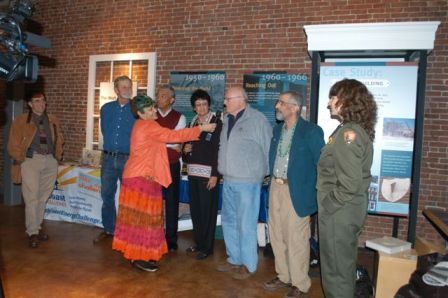 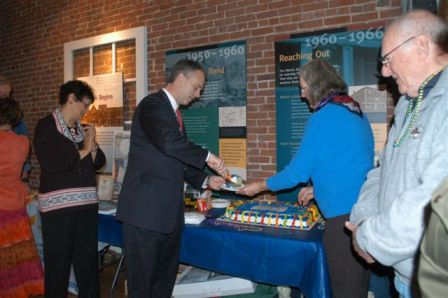 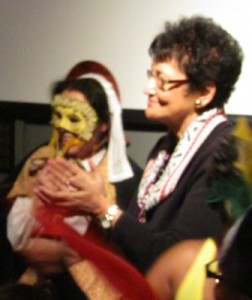 and the celebration continued with video, dancing, lectures and a parade as described in this note and with photos from the organizers, Barbara and Chuck.

If you were at AHA!’s Carnevale and Schooner Ernestina‘s 118th birthday party you 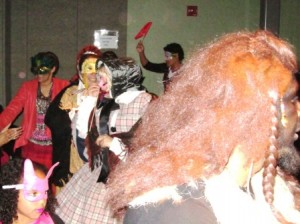 probably can still hear the music, feel the drum beat and are probably still smiling at the thought of the wonderful time we had on February 9th at the National Park Service’s Visitors Center in New Bedford.  In addition to Commissioners, DCR representatives, and Captain Norman Gomes who are pictured here, a special thank you goes out to the many local leaders, friends, family and residents who came to help us celebrate, 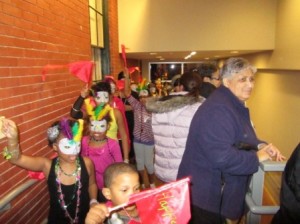 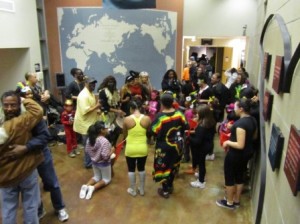 and brought along by Vanila.

Thanks to Ruth and Abby, the National Park’s 19th Century ladies, who brought their special presence and mask makers to the party. 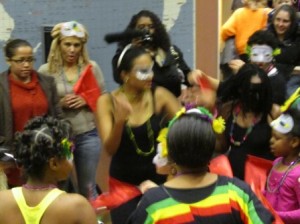 We thank Captain Gomes for his presentation of memories of the Ernestina’s return voyage from Cape Verde in 1982 with additional comments from Captain Tommy Grace.  Watch for more celebration of the thirtieth anniversary of this voyage later this summer. 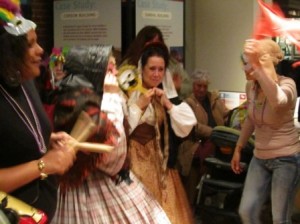 For presentation of this evening we thank the ever-faithful volunteers on the planning committee as well as AHA! Director 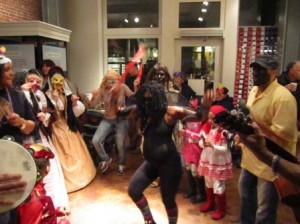 Lee Heald, for getting out the word, for bringing cable access coverage, and a donation of celebratory bead necklaces and SEMA for providing the refreshments. 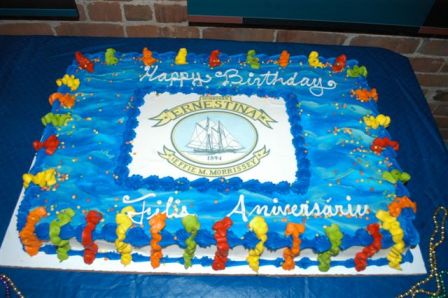 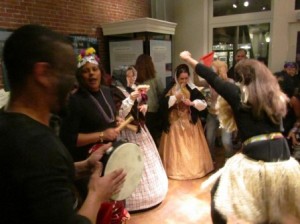 Congratulations to Carol Dutra who won the door prize of a Jeff Eldredge print of Ernestina in full sail.