The Rest of the Spars

Ernestina-Morrissey‘s masts arrived at  the Shipyard with the boat on April 13, 2015.

The rest of the spars, the booms, gaffs and topmasts,  have been stored on State Pier in New Bedford.

In 2011 a volunteer crew from the NB Whaling National Historical Park's "Lend-a-Hand" Day oiled the spars. 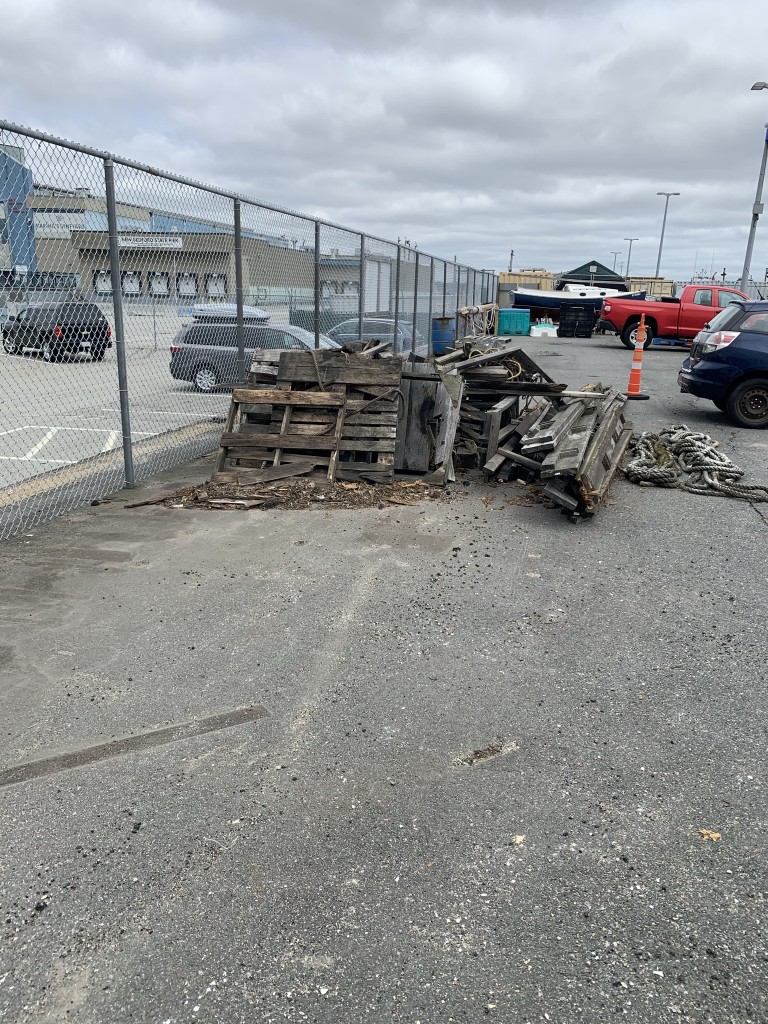 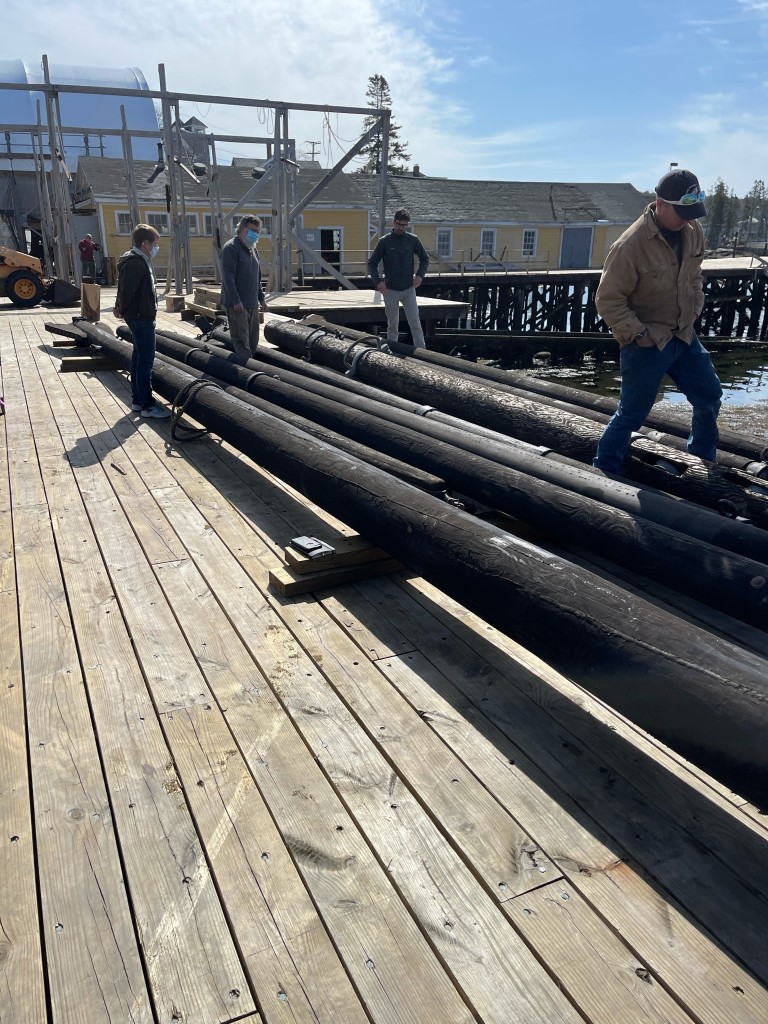 The spars were delivered to the Shipyard where they were inspected by, left to right, Captain Tiffany Krihwan, Shipwright David Short, Project Manager Dennis Gunderson and Tom Ward, the rigging contractor. After a thorough inspection of their condition a decision will be made to use them or to take the hardware off and make new spars.