Friendraising and Fundraising for Ernestina-Morrissey

Next week’s Working Waterfront Festival will cap a summer of events presenting Ernestina-Morrissey to old friends and new. 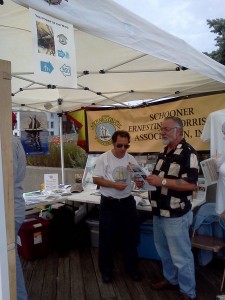 Volunteers are vital to the return of Ernestina-Morrissey, Join the CREW!

Although our favorite ship, Ernestina-Morrissey will not be in her usual berth for the Working Waterfront Festival it is important that we reach out to everyone to explain the exciting news of her reconstruction and bright future.

I hope you will  help out in the booth for a couple of hours Saturday or Sunday.

The hours are 11 am – 6 pm on Saturday, September 26 and 11 am to 5 pm on Sunday, September 27.  It is a great festival with music and demonstrations and contests.  Take a look at the festival schedule and CONTACT US let us know when you can help. 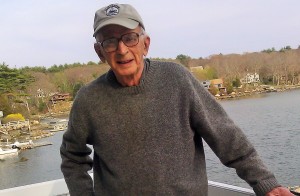 Chester Brigham, author of Phoenix of the Seas

An added bonus at the Festival will be the appearance of Chet Brigham for an author signing of his new book Phoenix of the Seas . on  Saturday 9/26 at 2:30.  Stop by, learn some new things about Ernestina-Morrissey’s history, and pick up your copy of the book for yourself. 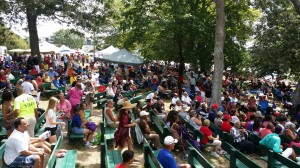 Thousands attend the Festival to reconnect with friends and enjoy a beautiful summer day. 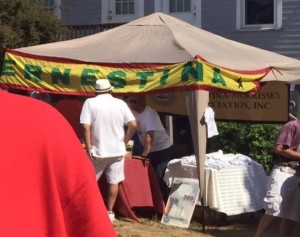 Julius and other volunteers shared the latest news. 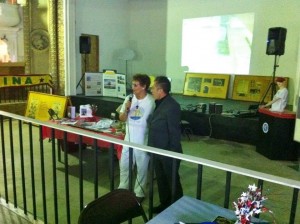 “WHAT’S UP WITH ERNESTINA?” COMMUNITY GATHERING

On the summer afternoon of Saturday, August 22, 2015, several members of the community gathered to hear the most recent updates about the historic and unique Schooner Ernestina-Morrissey at the Cape Verdean Association Cultural Center in New Bedford, MA.  MA Schooner Ernestina Commission Chairperson Dr. Laura Pires-Hester said thanked the CVANB President Raquel Dias and Officers for opening their space for this community gathering, especially Officer  Scott Lima.  She said that it was a most appropriate venue since “both the Schooner and the Cultural Center are currently undergoing restoration, and both are being done with careful planning and broad support….”   In addition to the sharing of information, answering of questions, and urging continued support by Dr. Pires-Hester and Commissioner Gene Monteiro, and SEMA (Schooner Ernestina-Morrissey Association) President Julius Britto, the group was also addressed by Alves Medeiros, Chief of Staff for MA State Representative Antonio Cabral.   Representative Cabral is a longtime supporter and advocate for the Schooner, and Mr. Medeiros enthusiastically shared their constant message to make sure that the people of the Commonwealth of MA understand that Ernestina-Morrissey is the Flagship for the whole state, not just New Bedford or for the Southeast.  He committed their full support going forward and urged everyone to continue to demonstrate their concerns and financial support for the vessel’s restoration and her new future.

Several videos and photos of the Schooner’s life and diverse careers were on display, including a blow-up of the Cape Verdean £200 Escudo with picture of the Schooner (alongside Mr. Britto), sale items,  and the Panels created in 1982 with a $10,000 grant from National Endowment for the Humanities.  SEMA Officer Polly Zajac narrated the slide show of recent photos of the restoration at BoothBay Harbor Shipyard taken by Commissioner Fred Sterner and SEMA Officer Mary Anne McQuillan.  Special “stories” were also shared, which always happens at events about this unique vessel.  For example, the father of CVANB Vice President Adonis Ferreira shared that he was an engineer on the Schooner in the late 1960’s.  Placing his hand over his heart, he shared that he was so grateful because sailing between the Islands gave him the “opportunity to get to know all of them.”  Dr. Pires-Hester noted that this kind of interaction happens often, and emphasized that we all need to continue our support “so that many more stories can be created and shared in the future.”

The Schooner Ernestina Commission and Schooner Ernestina-Morrissey Association are grateful for the cooperation and co-sponsorship of the CVANB, the Office of Representative Antonio Cabral, the Old Bedford Village Development Corp, the Whaling Historical National Park, the New Bedford Historical Society, and Tony Neves Travel.  Thanks and appreciation also go to John Pires, Jr.,  Frank Grace, and Mary Pires Grace for their providing “manchupa/katchupa”, “gufongo”, and cakes; and for the several other volunteers who joined in.

The next meeting of the Schooner Ernestina Commission will be held on Monday, October 5, 2015, 1-3pm, at the National Park Service; the public is invited.

SEMA Director Polly Zajac represented Ernestina-Morrissey at the Gloucester Maritime Heritage Day of the Annual Schooner Festival.  As usual many friends stopped by for the latest news.  And Chet Brigham was there for part of the afternoon discussing his new book, Phoenix of the Seas. 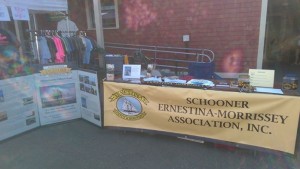 It was a great weekend with a record number of schooners competing in the races.  The new schooner Columbia had everyone talking with her first place finish.

If the link to the Columbia video doesn’t work try the Ernestina-Morrissey Facebook page, it is posted there.

Finally SEMA is working to raise the $1 million we have pledged toward the reconstruction project.  There will be more news soon or you can DONATE TODAY!

This entry was posted in Commission, Fundraising Committee, Maintenance and Operations Committee, Membership and Outreach Committee, News. Bookmark the permalink.