We knew the crew was waiting for a weather window but didn’t know when that would be.  The news came from Bristol Marine’s Facebook Page Thursday evening, which included a link to follow the voyage. The news spread and we shared that post on the SEMA page early Friday morning. By mid-morning Ernestina-Morrissey was approaching the east end of the Cape Cod Canal almost ready to start her next life with Massachusetts Maritime Academy.   Ernestina-Morrissey means a great deal to many people who have connections to her many adventures since 1894.  Some of them headed to the Cape Cod Canal and the viewing areas there. We are immensely grateful to those who sent these images to share with you!  Check the SEMA Facebook page for frequent updates!  And check for photos in the comments. 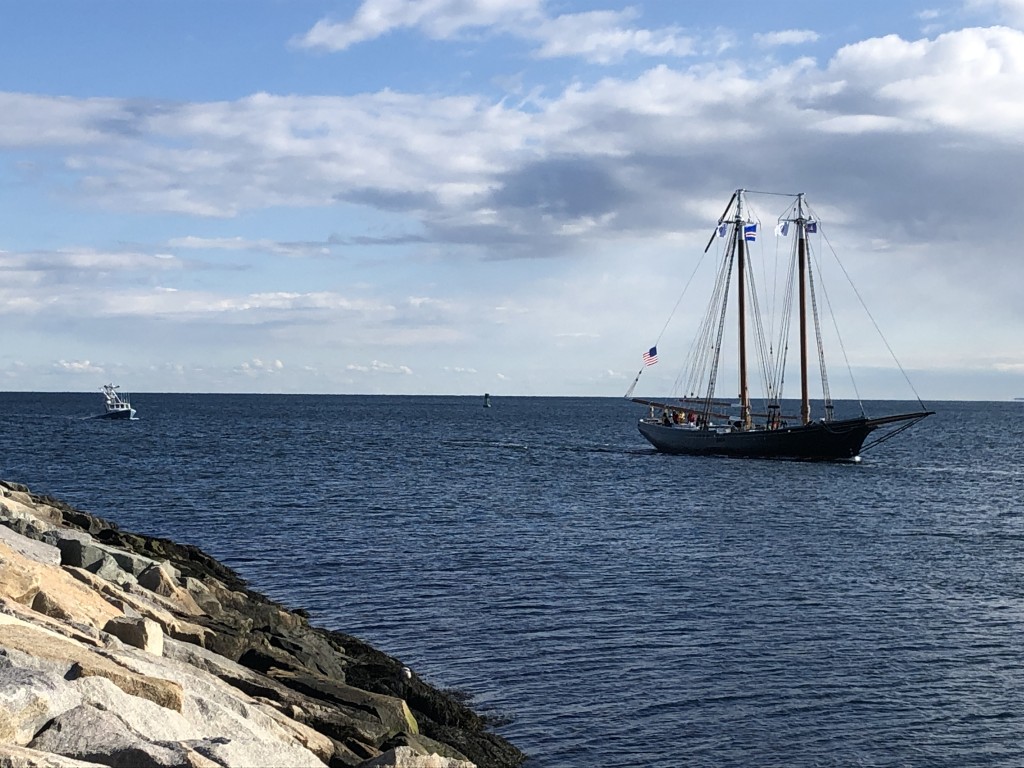 Tally Garfield was waiting on the breakwater near Scusset Beach to be one of the first to welcome Ernestina-Morrissey to Massachusetts. Photo Credit Tally Garfield 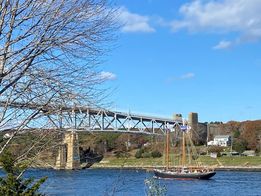 Approaching the Sagamore Bridge from the Cape Cod side of the canal. Photo Credit Ellen Madigan Newman She posted many on the Facebook page.

Gene Monteiro, former Schooner Ernestina commissioner, sent this fabulous video!  Look how well she moves through the water!  The Sagamore Bridge is at the beginning.  The crew recognized the spectators onshore with a blast from Ernestina-Morrissey‘s horn. Credit Eugene Monteiro 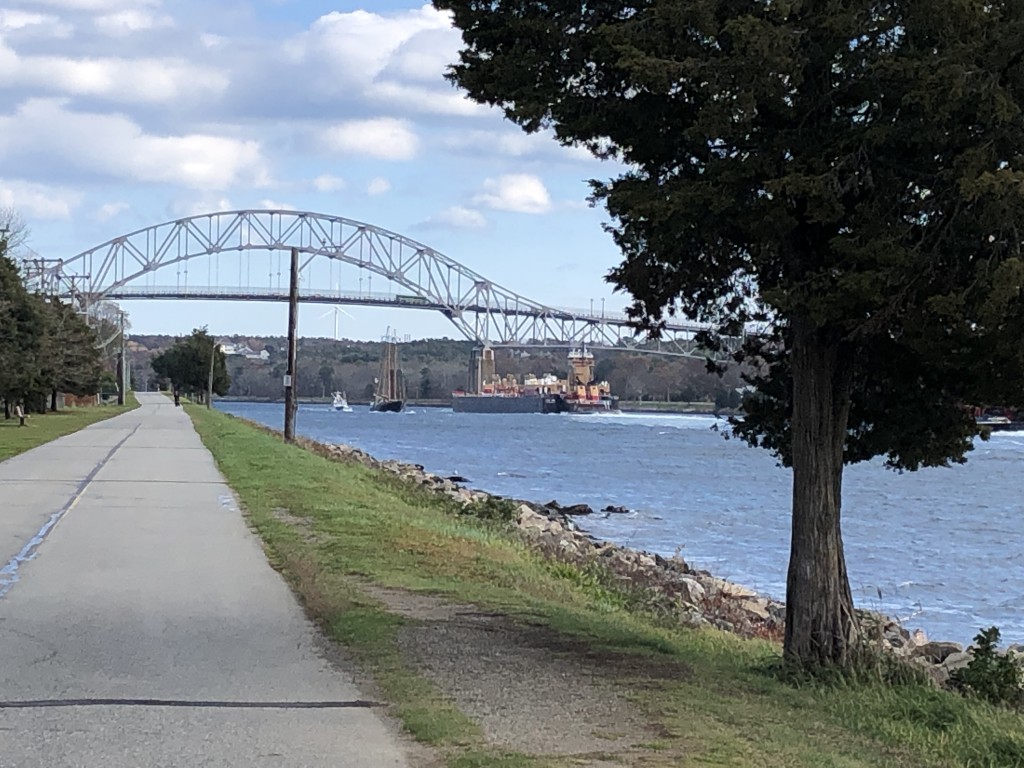 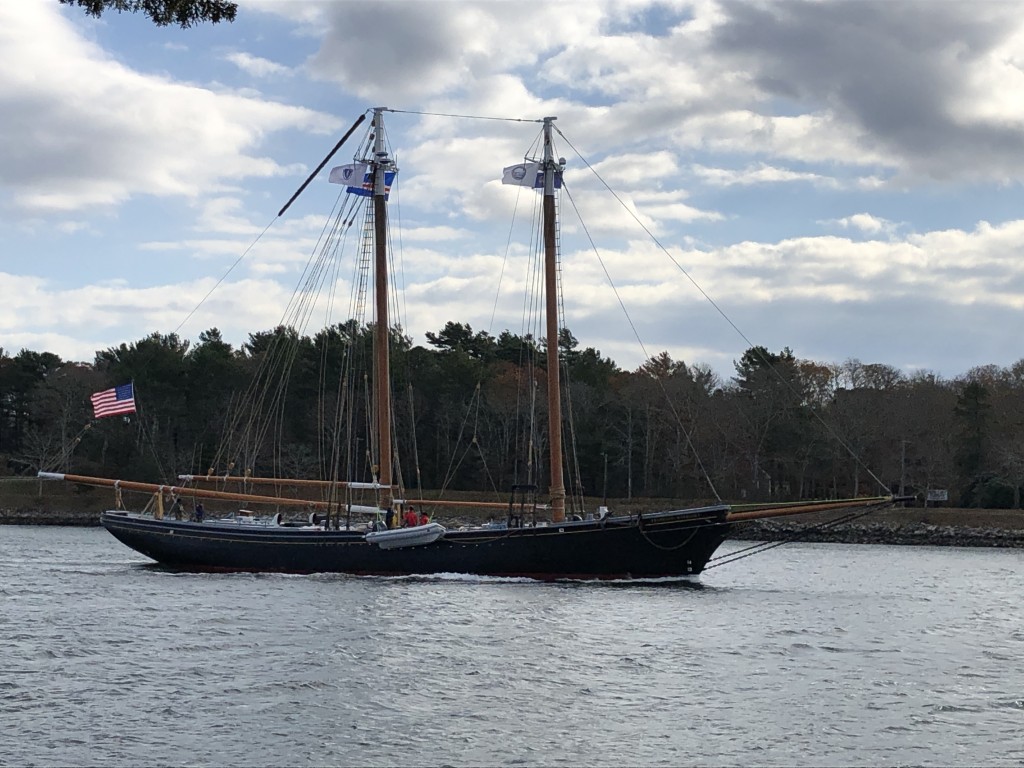 As they passed the Bourne bridge, the crew deployed the rescue/push boat to prepare for docking. Photo credit Tally Garfield 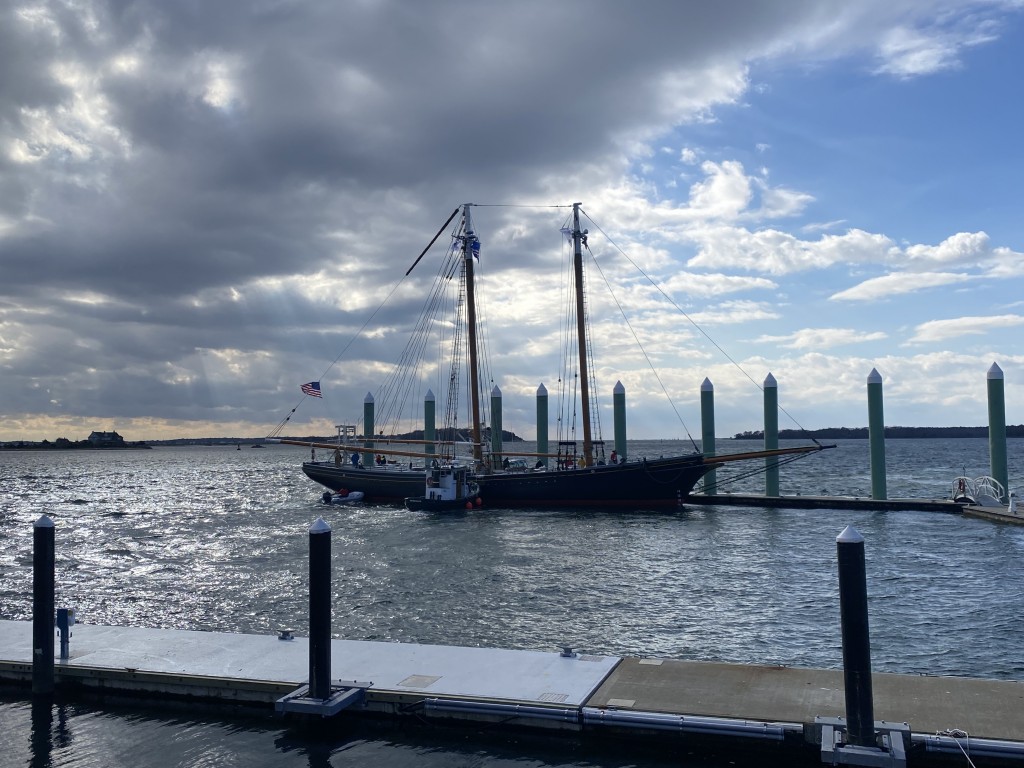 The wind was pushing Ernestina-Morrissey away from the dock. The push boat and Mass Maritime's Tug Hercules helped as the crew moored her at her berth at the Academy. Photo Credit Gene Monteiro