In August some of Ernestina-Morrissey’s dories were moved from the warehouse at New Bedford State Pier to Buzzards Bay Coalition’s Science & Field Operations Center in Marion.  The Coalition has generously provided a place for volunteers to prepare the dories for use again.  Captain Krihwan ordered a tent for storage and a small group mustered to erect it recently. 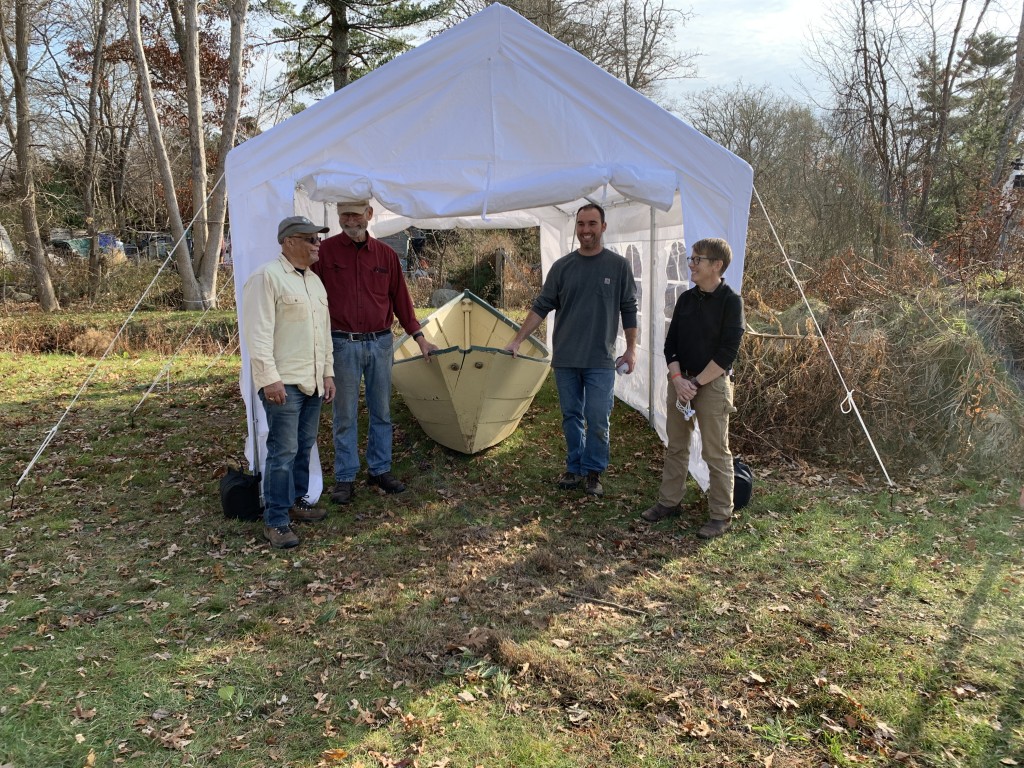 Contact us at sails@ernestina.org if you are interesting in helping.