Under cool, sunny skies the ceremonial, final “shutter” plank was laid into the hull of New Bedford’s very own historic, Schooner Ernestina-Morrissey.  The October 25th event marked a major milestone in the complete rebuild of the Schooner that has been ongoing since the Spring of 2015. 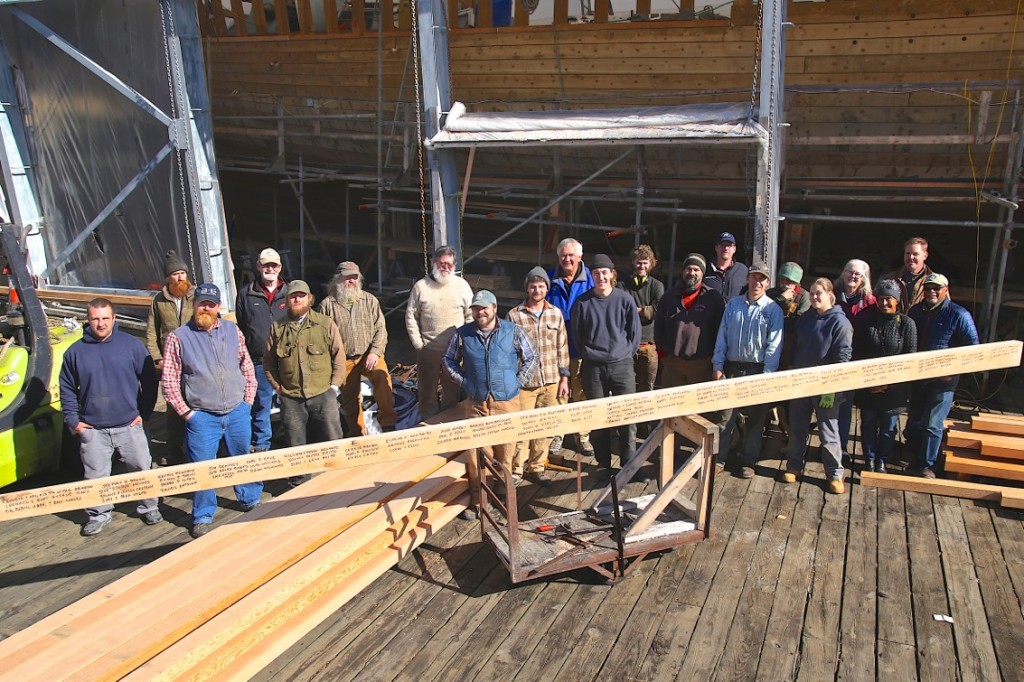 The crew gathered around the plank just prior to installation to document the event. This shows all the names inscribed on the plank's inside surface. Thank you, Robert Mitchell! photo credit: Mitchell Photography CONNECTIONS Publishing inc. October 25, 2018

It was an emotional event enjoyed by all, marked by the blessing of the plank with Gloucester rum, Canadian whiskey, Cape Verdean grogue and Buzzards Bay Sow & Pigs beer. The libations represented the vessel’s unique history as a Grand Banks fishing schooner, an Arctic explorer, a Cape Verdean trans-Atlantic packet, and most recently, a cultural and educational sail-training vessel and the Official Vessel of Massachusetts.  The plank was inscribed with the names of donors to the Whiskey Plank Club. 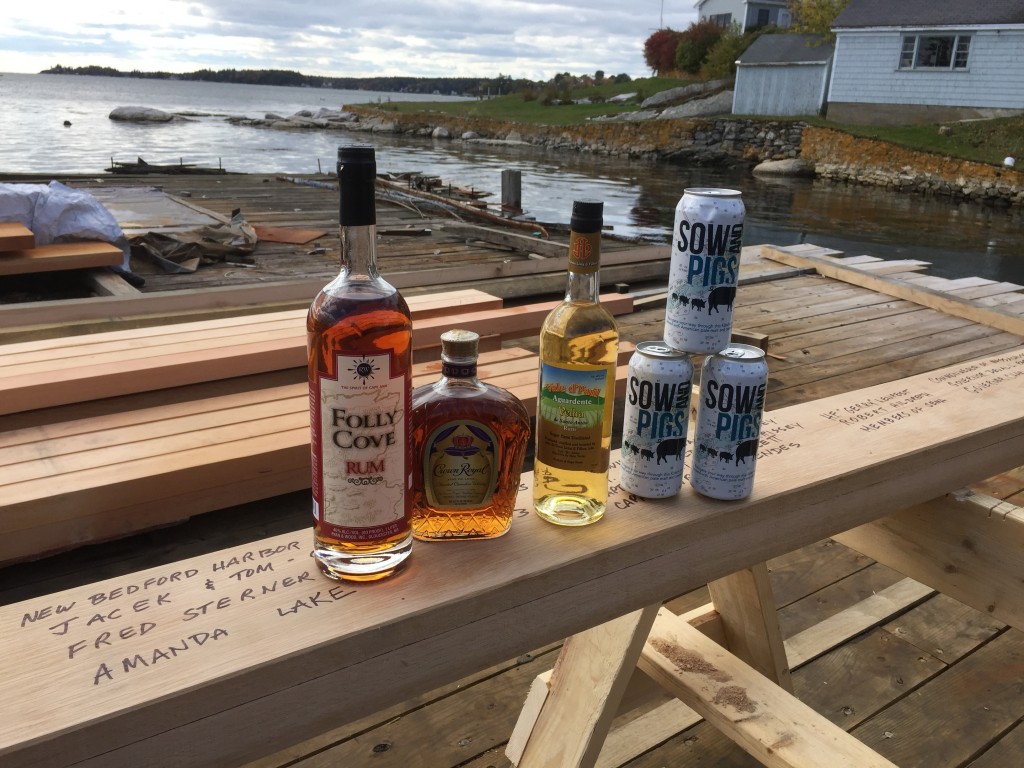 These sponsors provided the libations which made this event special:

SEMA members for Canadian Whiskey for the Arctic years,

Representing all the parts of Ernestina-Morrissey‘s amazing history.

← THE TIME IS NOW! INVEST IN THE FUTURE OF THE HISTORIC ERNESTINA-MORRISSEY TODAY!   |   A Milestone Reached, Thanks All Around! →