Ernestina-Morrissey’s fore deck was renewed in 2008-’09.  The aft deck is a step up from the fore deck as the curve of the schooner’s sheer continues to the transom. A beam forms the step at the break in the deck. 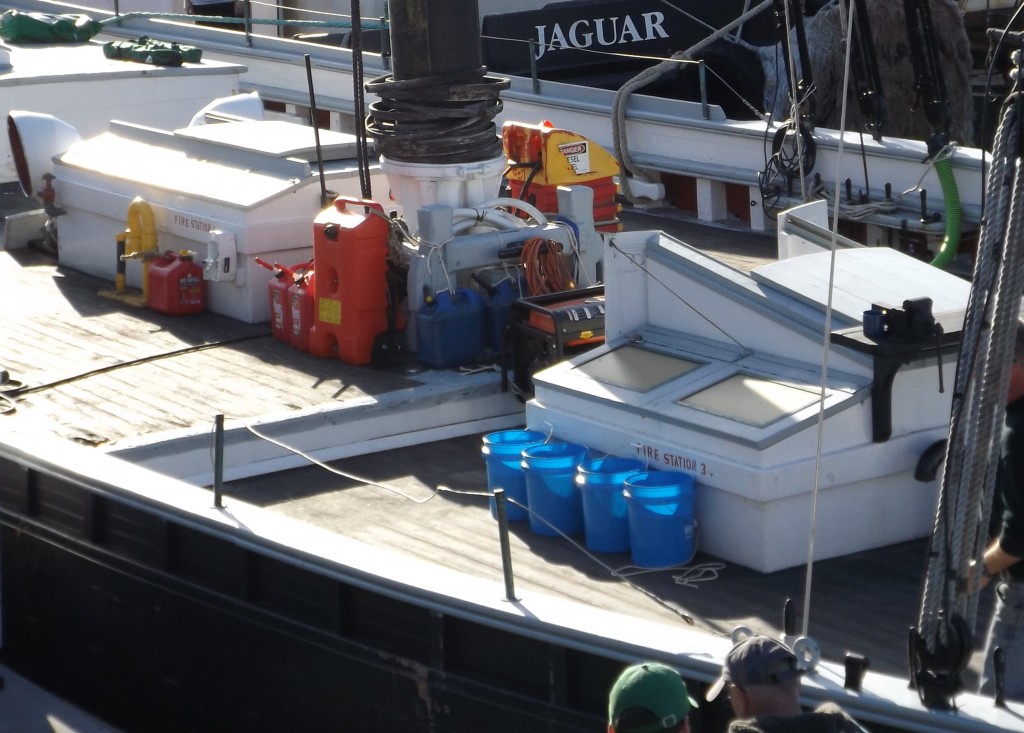 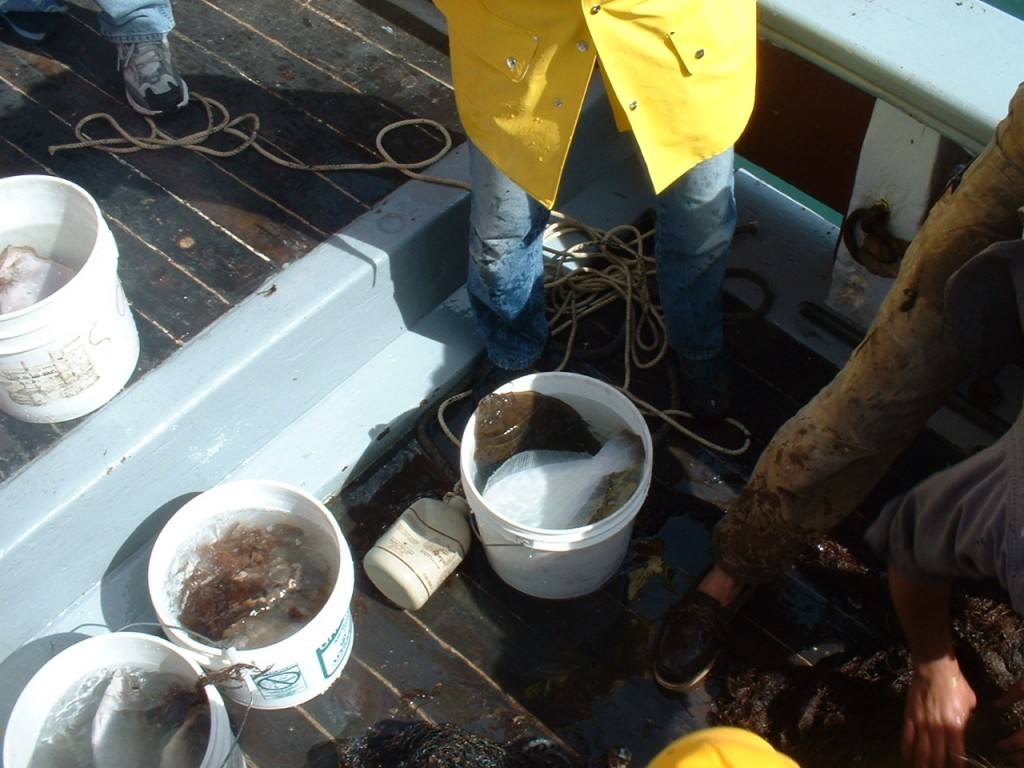 For scale, this photo from 2002, shows the sampling from an otter trawl at the break in the deck. 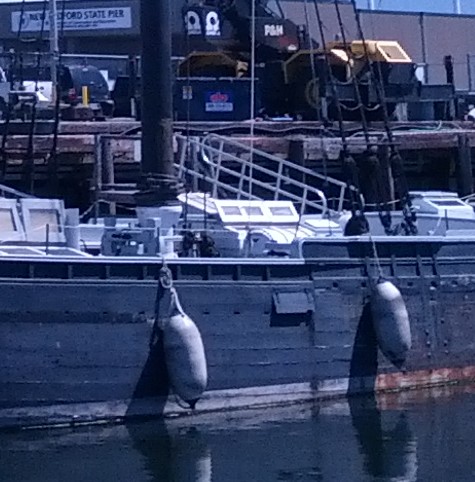 From 2014, you can see the line of scuppers along the deck at the left, the freeing port at the break in the deck and the scuppers continuing along the aft deck. 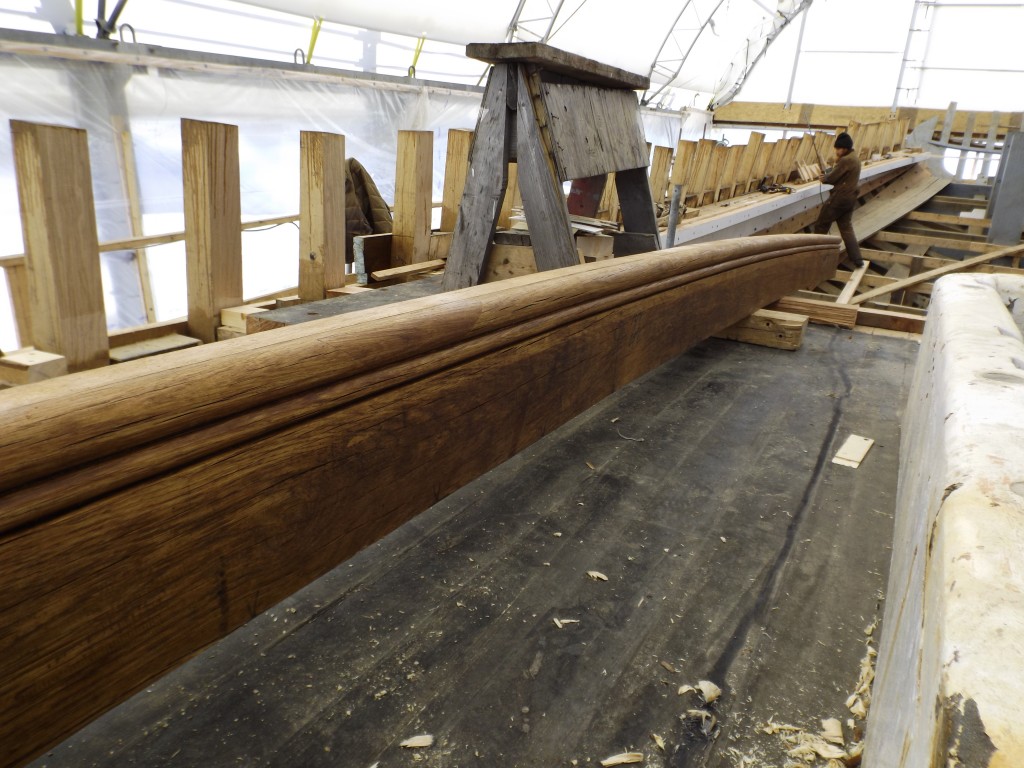 The new beam, with a carved bull-nose, is ready to be fitted into place. 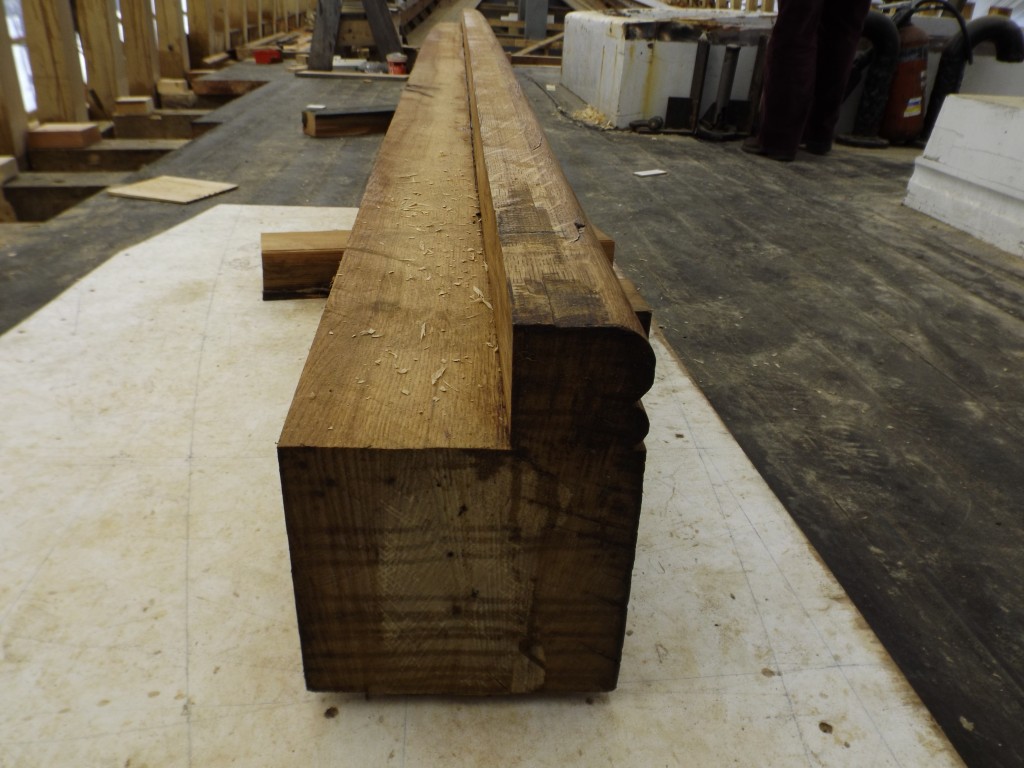 You can see where the deck will fit into the beam when it is laid. 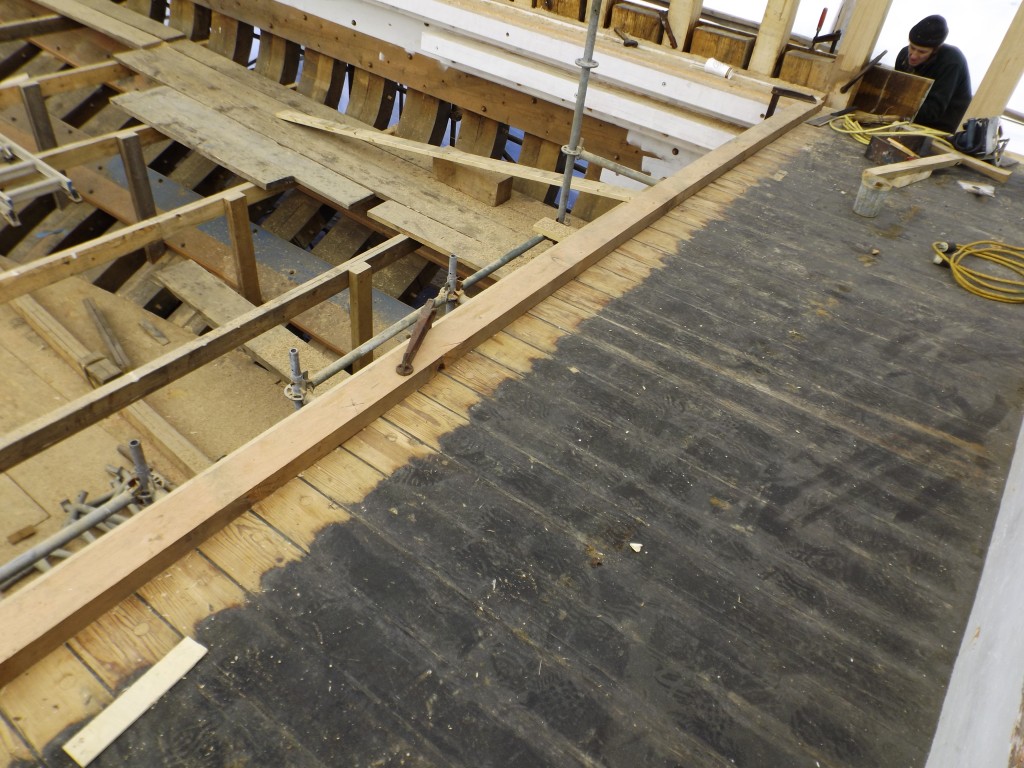 The aft edge of the fore deck is ready for the new beam. 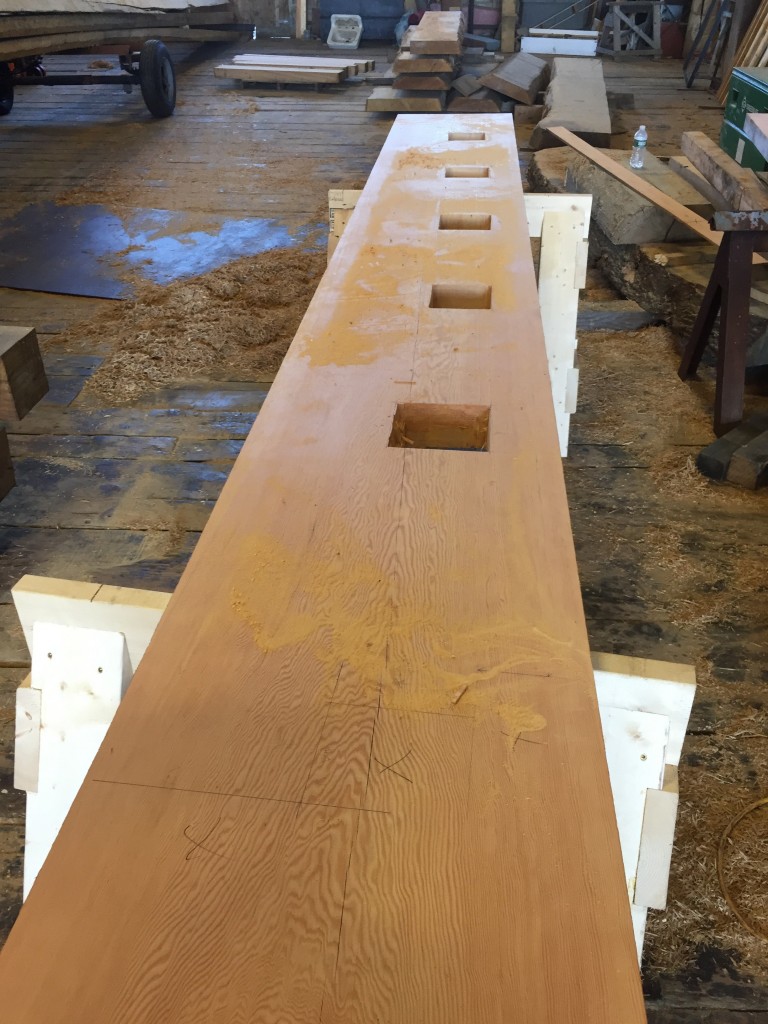 Meanwhile, in the work shed, the covering boards, the outermost deck plank on each side, are being prepared. They will be fit over the bulwarks flush with the rest of the deck.