Ernestina-Morrissey’s bow, fore-deck and stem were renewed during the 2008-2009 work funded by a grant from the National Park Service’s Save America’s Treasures Program matched by Massachusetts DCR and private donors.  That work must be supported during this project’s keel work. 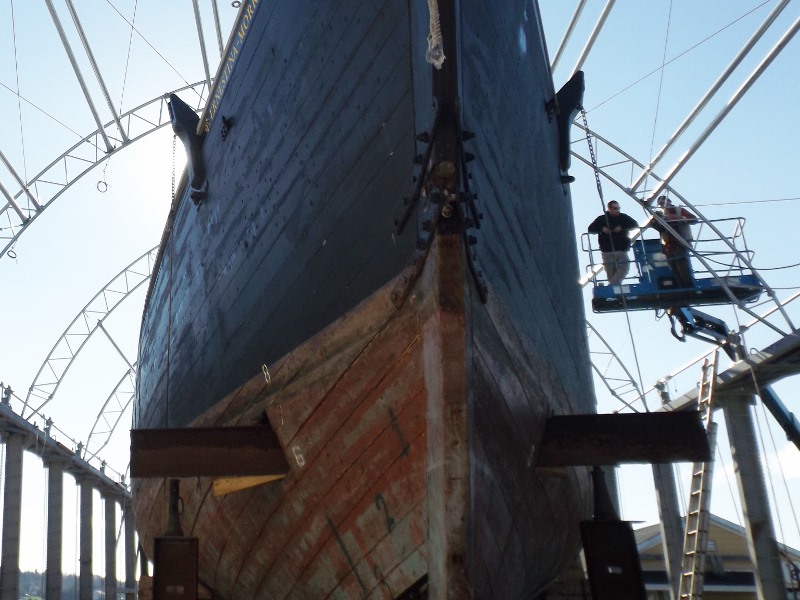 An I-beam was inserted through the forepeak. 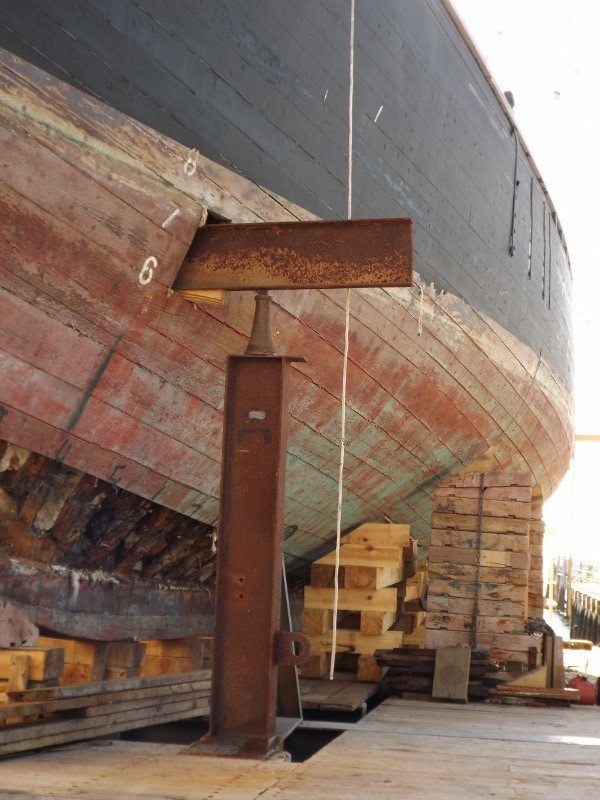 The I-beam is supported on either side by another beam with a jack for leveling. 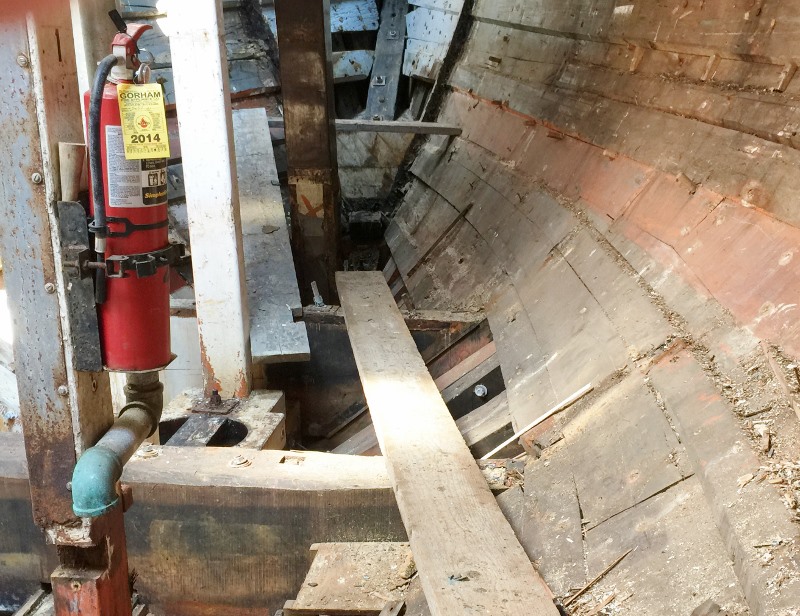 This photo was in July taken before the I-beam was inserted. It clearly shows the new stem from 2008-2009. 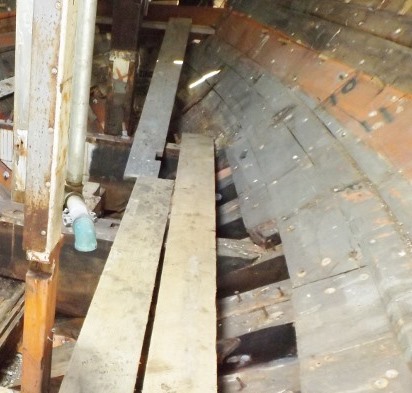 You can just see the I-beam just aft of the stem at the very top of the photo. 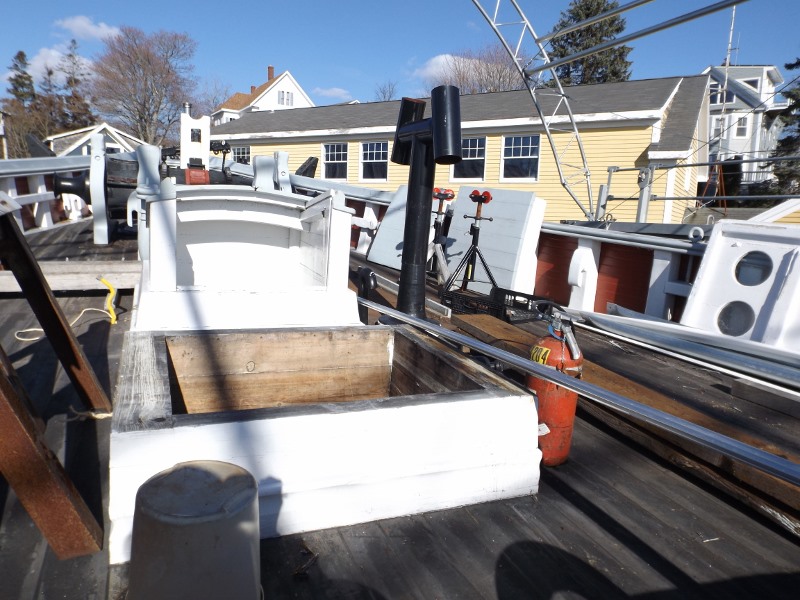 Here is the new 2008-2009 foredeck being put to good use. The covers are off the hatches to allow good ventilation in the bow area.

You can help us with your DONATION to make sure Ernestina-Morrissey sails again.

← David Short Onboard   |   Frames and Fastenings →