Yesterday Ernestina finally returned to her berth at State Pier in New Bedford after Coast Guard-required work was completed at Fairhaven Shipyard. 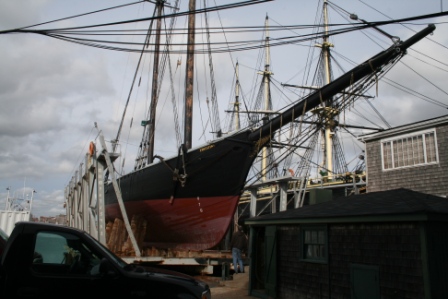 Ernestina waiting on the railway. It's Launch Day!

The Department of Conservation and Recreation is Massachusetts’ steward of Ernestina.  They spent about $180,000 meeting this responsibility during the 4 months of work this summer.  In addition to the repairs, an extensive survey of the ship has been conducted.  SEMA looks forward to the estimates that will be developed from these surveys which will delineate the repairs needed to return Ernestina to carrying passengers.    Everyone should remember that DCR and the Schooner Ernestina Commission will need partners to finish the work that will be needed.  Please consider joining SEMA today! 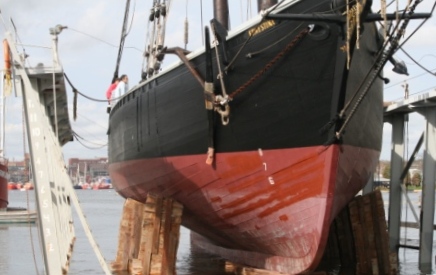 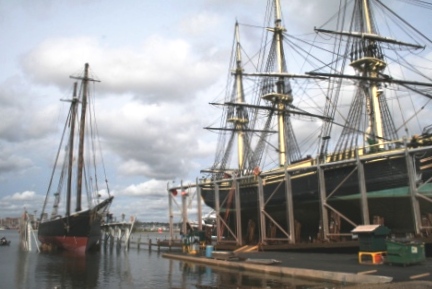 As the cradle slides deeper into the water you can see Friendship of Salem on the next railway. 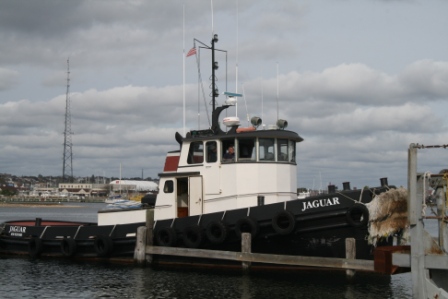 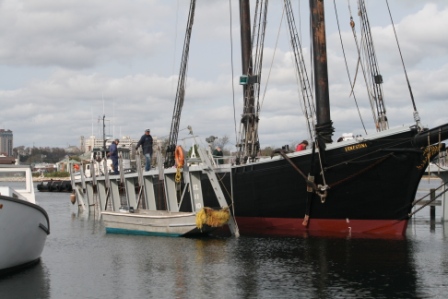 Once most of the ship was in the water the launch was paused for 30 minutes so the planks could begin to swell and the crew could check the bilges for leaks. 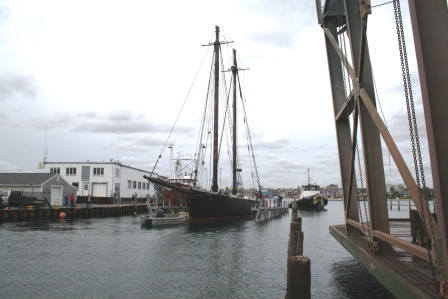 Once the crew was satisfied the ship was ready, Ernestina was moved out of the cradle. 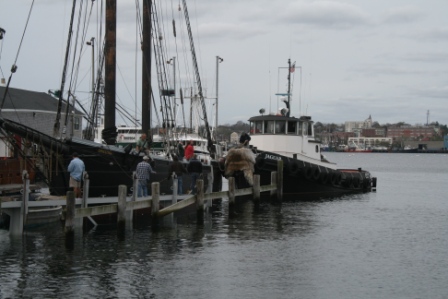 Jaguar came alongside and made fast to Ernestina for the trip across the harbor. 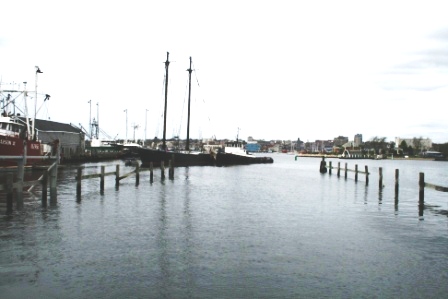 Here Jaguar has backed out to the channel with Ernestina in tow. 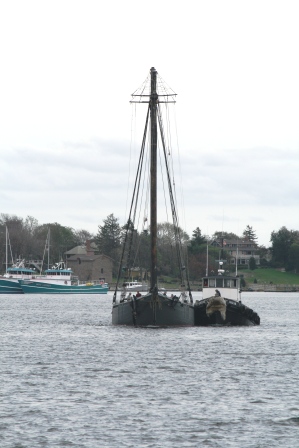 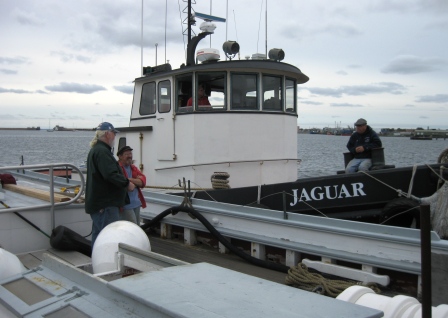 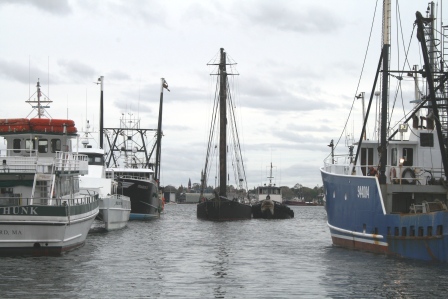 Ernestina and Jaguar found a narrow passage to the berth! 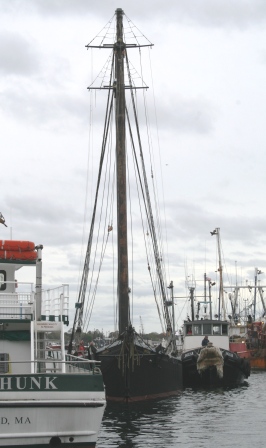 Maneuvering to "thread the needle" 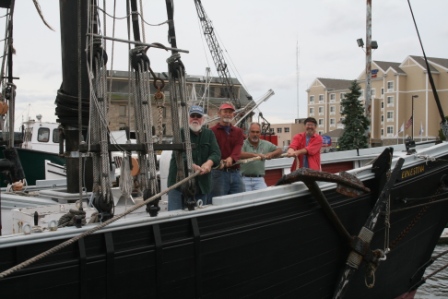 A very happy group greeted Ernestina at State Pier including a couple visiting from Brigus, Newfoundland, Captain Bob Bartlett’s hometown.  Standard Times reporter Don Cuddy was also there and reported on the event. in the newspaper today. 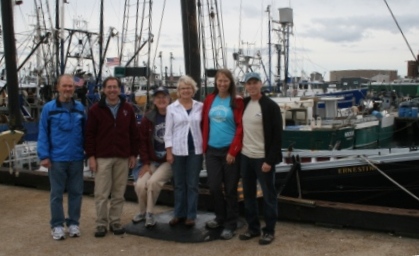 Also a rare photo including Tom Lopes, tireless recorder of Ernestina’s story.  Tom is usually behind the camera and we are glad we were able to catch him.   Check his YouTube channel for videos like this one from the 1982 voyage. 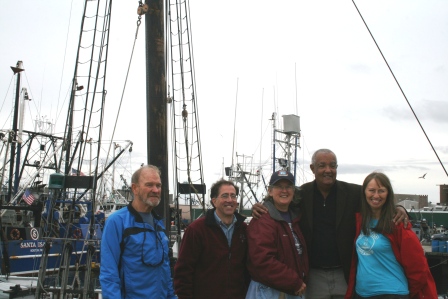 The next project will be the rig inspection.  The masts will be removed with a crane so that the components can be inspected on the ground.  The foremast will have to be replaced and SEMA has ordered a new one.  We welcome donations to The Ernestina Mast Fund

← Ernestina Will be on the Railway a Few More Days.   |   Two New Commissioners →