Gregg Swanzey shared the contributions of Fred Kalisz to Schooner Ernestina during his mayoralty:

Our sincere condolences go out to Pat and Ricky Kalisz who were right alongside Fred in his tenure as Mayor of the City of New Bedford in 1998 through 2006. These were 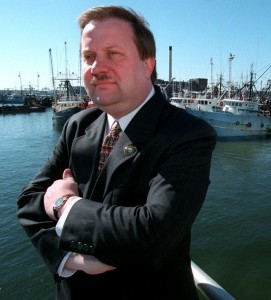 exciting years of growth and partnership for Schooner Ernestina from our homeport at State Pier on the New Bedford waterfront. Fred Kalisz moved forward important initiatives that were important to us such as Sea Lab, Martha’s Vineyard Ferry Service, the newly established New Bedford Whaling National Historical Park, New Bedford Art Museum, the Community Foundation of Southeastern Massachusetts, AHA! and much more. These were the years when Summerfest and the Working Waterfront Festival got their footing. What was clear about Fred was that he cared about New Bedford and was bold in his actions to move the City forward. He got a lot rolling in his time in office. We sincerely appreciated his vision and partnership. It felt like we had someone who was pulling along with us as we looked to build a strong public – private partnership to Keep Ernestina Sailing!