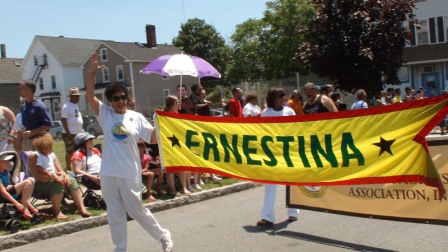 Representatives of the Ernestina Commission and SEMA marched with our National Park partners again this year in the July 2 parade.

As usual, the sight of the Ernestina banners drew a loud response from the crowd.

Many thanks to volunteers Sheila Pierce, Stephen Gaun and Chuck Smiler. 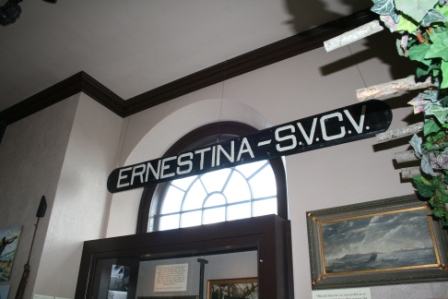 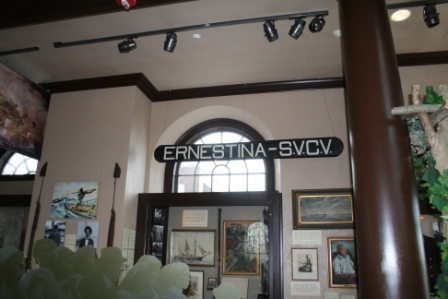 This exhibit explores the Republic of Cape Verde, its people, maritime history, connections to New England, and the legacies that continue to tie New Bedford and its culture to Cape Verde.

Check out photos posted by the Whaling Museum and read the article from the Boston Globe.