Posted on May 2, 2019 by Schooner Ernestina-Morrissey Association

Ernestina-Morrissey has always been working vessel. As she became “old tech” for one use she was adapted to serve another captain and function.

Ernestina-Morrissey is a State and a National Historic Landmark and any rehabilitation and change must be supervised by The Massachusetts Historical Commission. Over her life the fish-hold was morphed in to a scientific collections work and storage space, a cargo-hold, and most recently accommodations for passengers sailing on educational voyages until 2004. Change for new uses is part of her history and now plans are being drawn up up for Phase II of her rehabilitation.  As we look forward to her new mission it is valuable to look back at her past configurations as documented by the Department of the Interior’s HABS-HAER (Historic American Buildings Survey/Historic American Engineering Record) program. 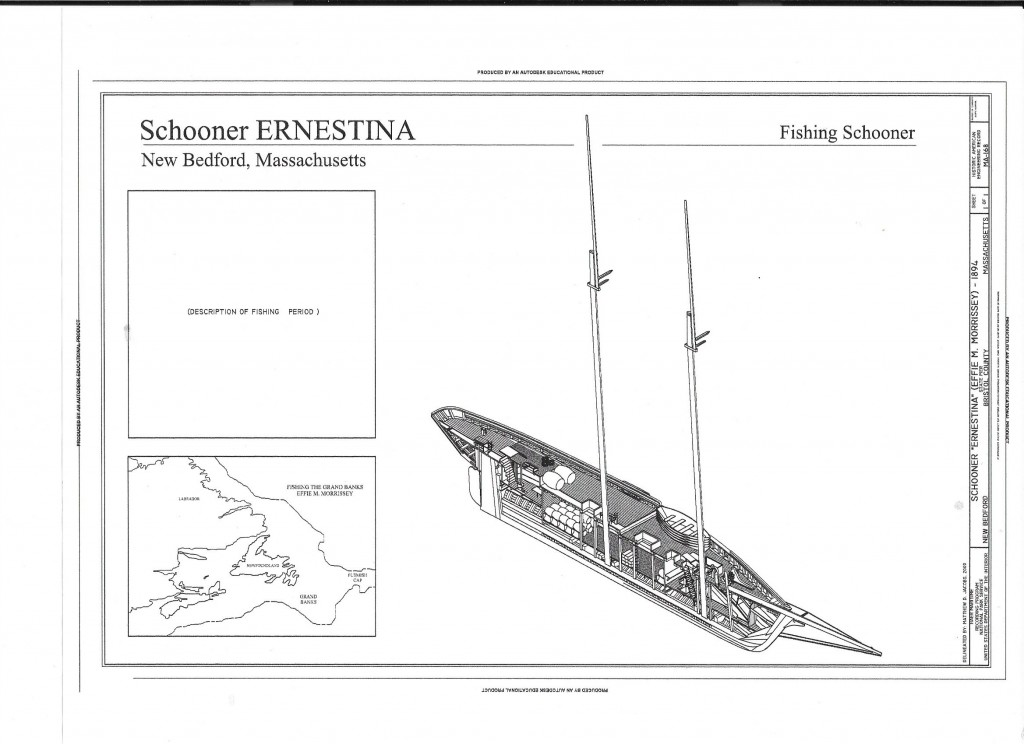 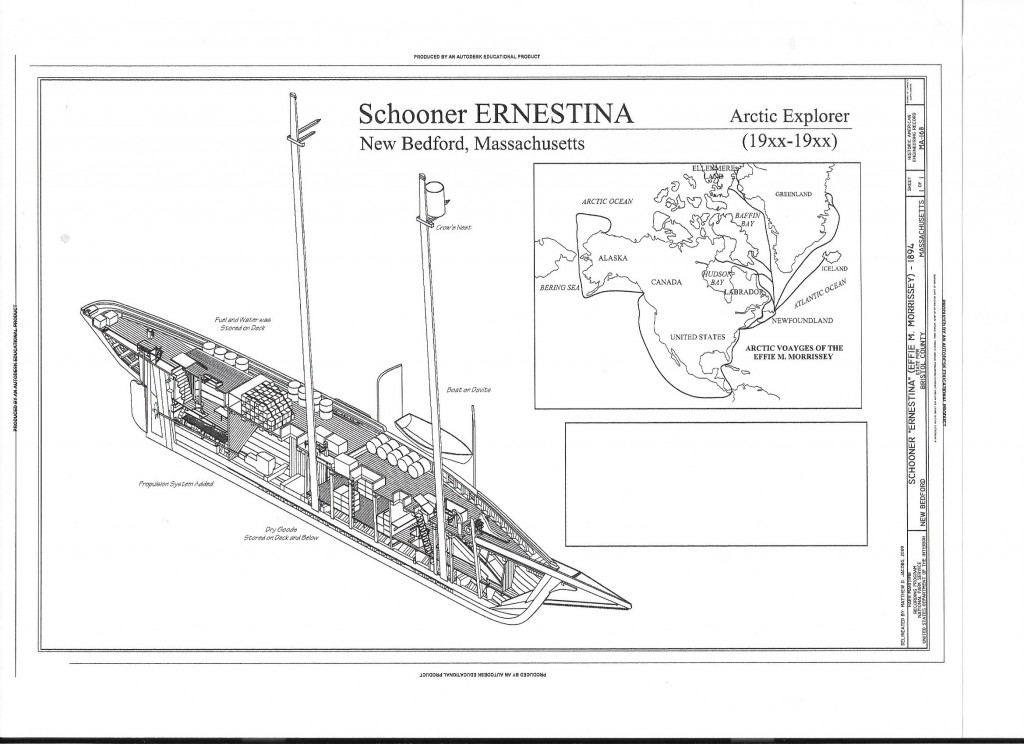 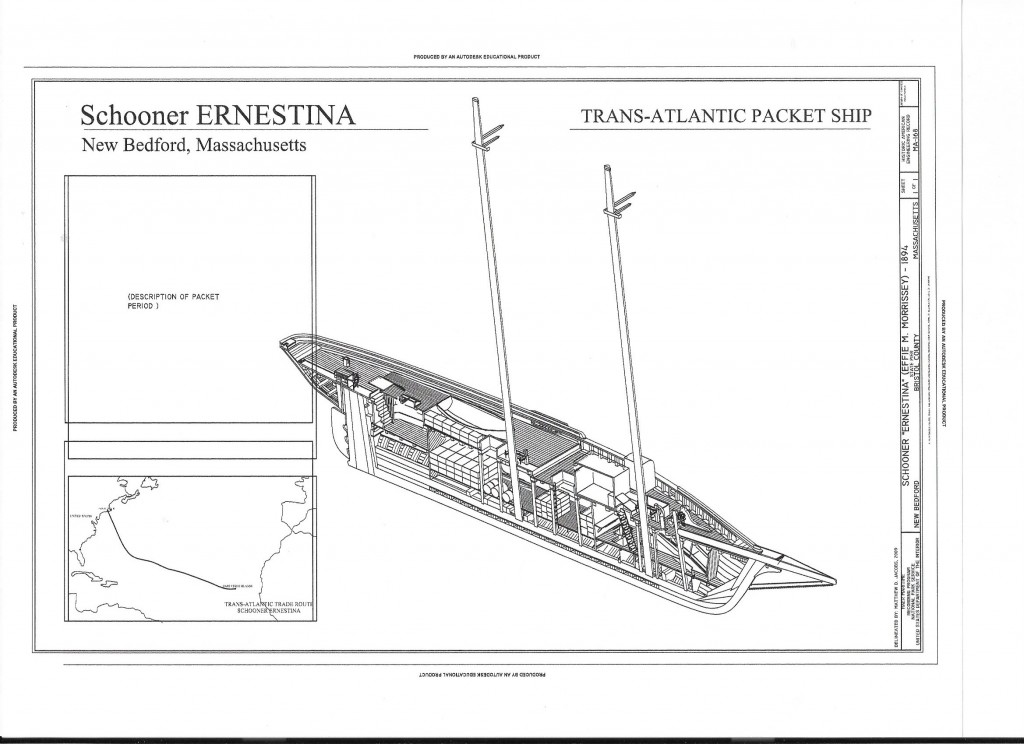 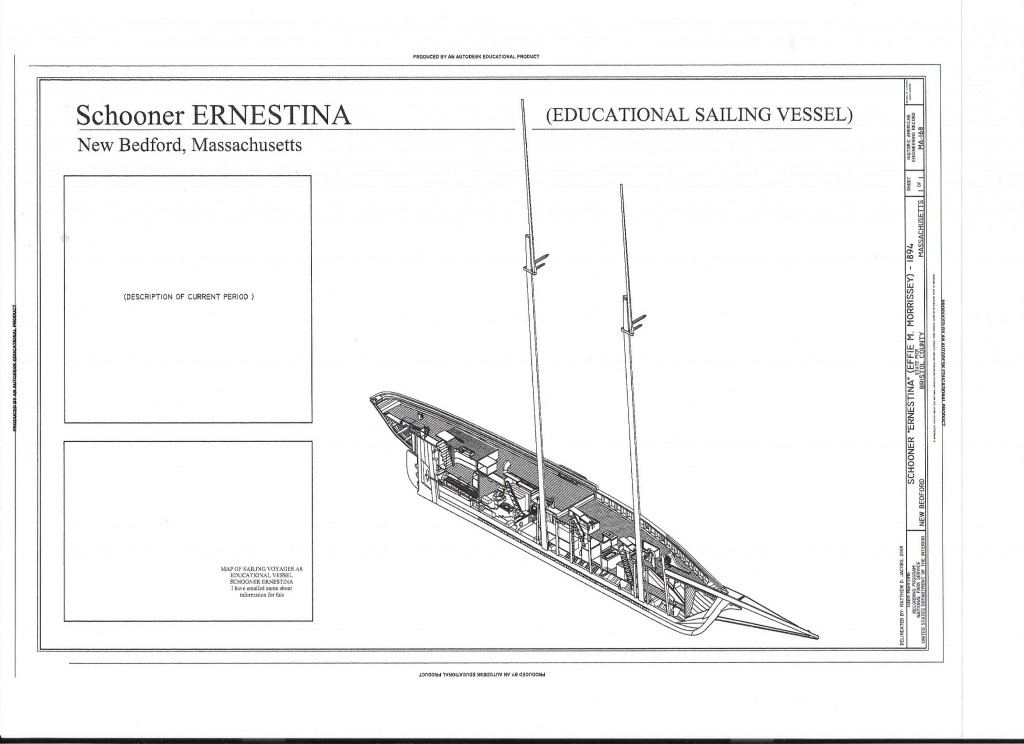 We are looking forward to the future of a sailing Ernestina-Morrissey.

This entry was posted in Historical Resources, Maintenance and Operations Committee, News. Bookmark the permalink.