Posted on May 15, 2021 by Schooner Ernestina-Morrissey Association

The Ernestina~Morrissey Crew has several diverse watches. The Bartlett Watch, with connections to the years in the Arctic, includes folks from when Newfoundlander Captain Robert A. Bartlett took “My Little Morrissey” north for 20 summers with scientists and young men exploring the northern waters and then with US Navy officers and US Army Air Corps personnel serving in World War II on missions into the North Atlantic.  Dedicated by Tally Garfield, proud grand-daughter of Alex Forbes.

If you would like to make a donation for the sails we will gladly post your dedication here.  Just click the yellow donate button on the right 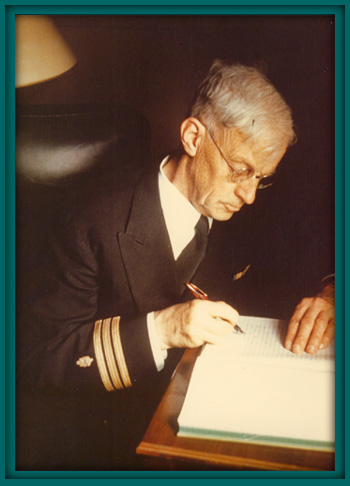 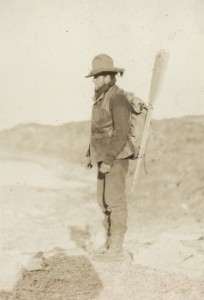 1927 Monroe Grey Barnard with oars and backpack on Baffin Island

George G. Barnard II’s donation is in memory of his father, Monroe Grey Barnard. In 1927 Publisher George Palmer Putnam sponsored and led a second expedition to Western Baffin Land and the Fury and Hecla Straits under the auspices of the American Geographical Society, Museum of the American Indian and the Heye Foundation. One of the assistants for that voyage was Monroe Grey Barnard who collected many photos and kept a diary during the voyage. His son, George G. Barnard II, transcribed his diary HERE: and donated his collection to the Archives: HERE. 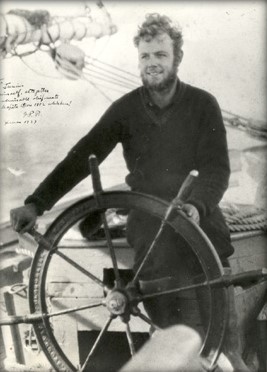 In memory of Junius Bird who sailed as scientist on six voyages to the Arctic with Captain Robert A. Bartlett on the Effie M. Morrissey by Thomas Bird. 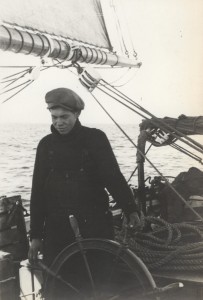 1940 Frederick C. N. Littleton at the wheel of the Schooner Effie M. Morrissey.