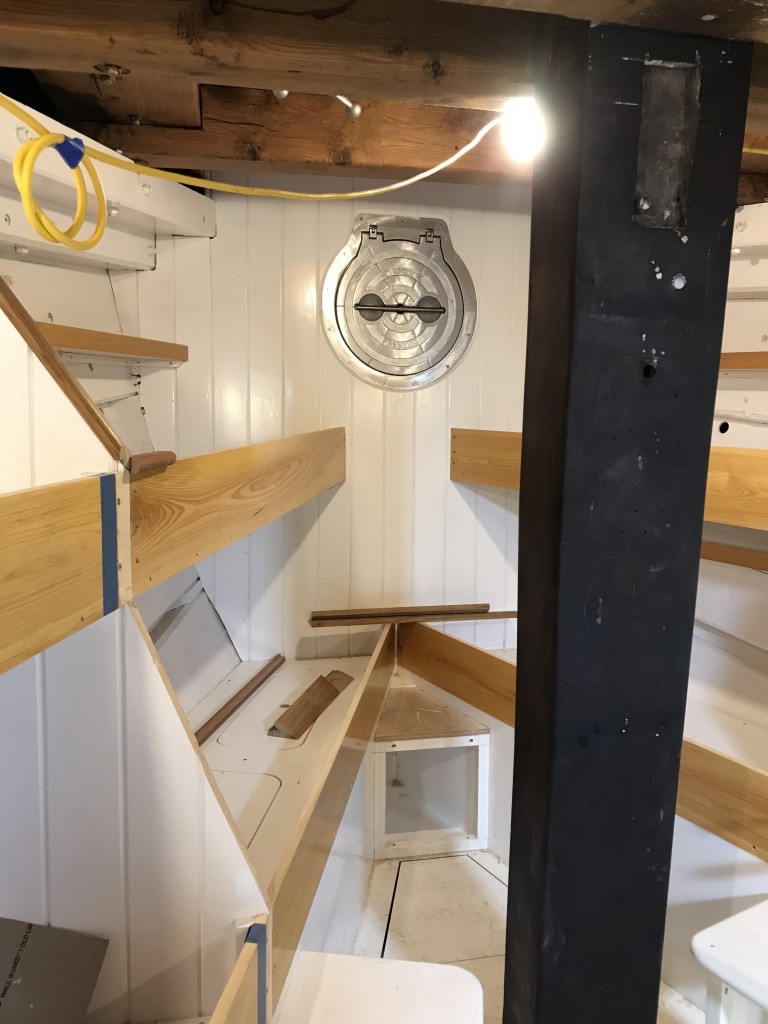 Last week Jason Brassard finished a very fine job of installing this watertight bulkhead hatch between the Foc'sle and the Forepeak. The hatch was routed flush with the bulkhead for a more finished appearance than a simple flange mount. It looks terrific. 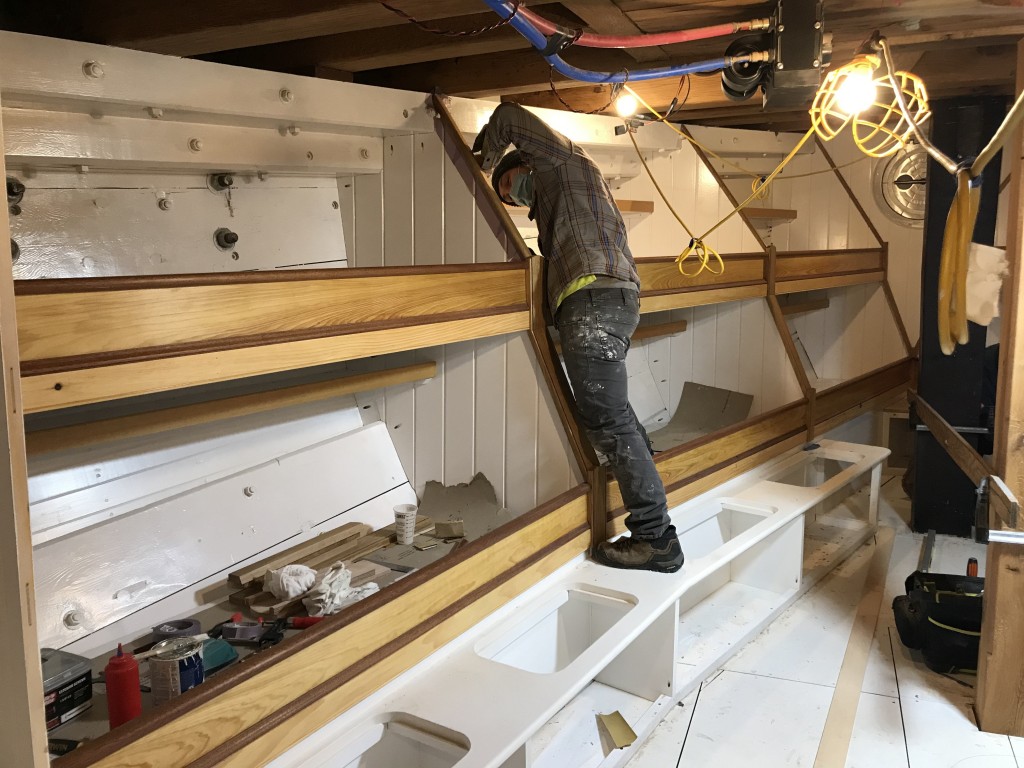 Kevin Danfelser is carefully painting around the final pieces of trim being installed along the bunks in the Foc'sle. The trim is all being built in Oak and Mahogany. 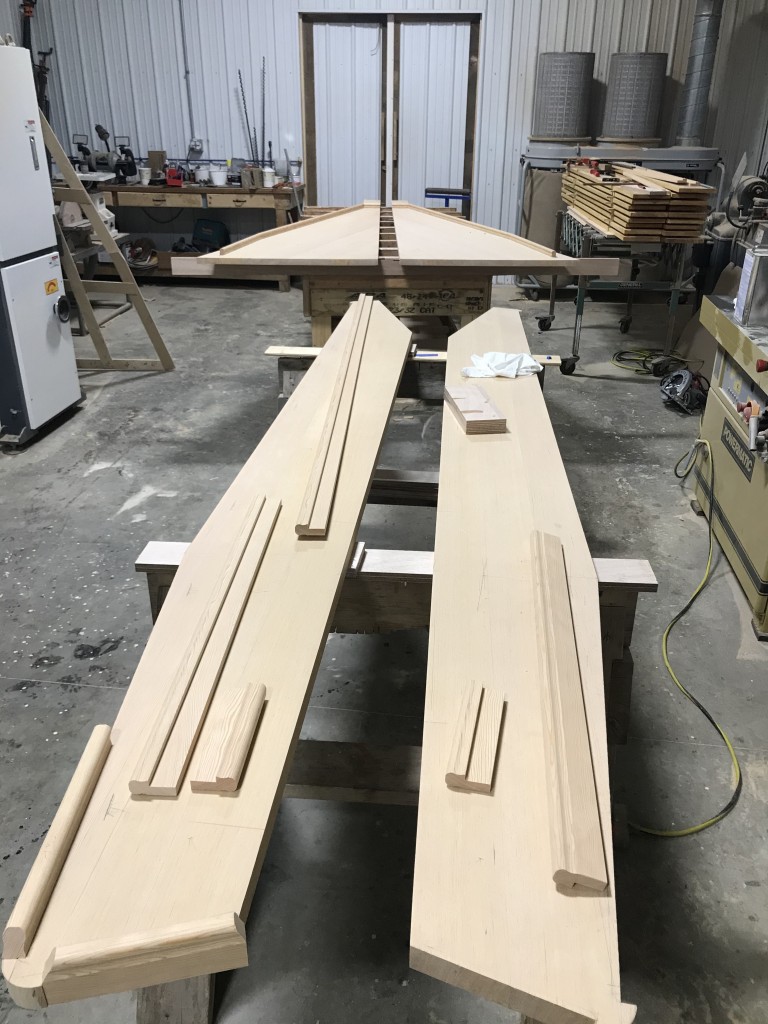 This table is coming together beautifully. It is being built of Douglas Fir and is constructed to match the same profile and area of the original table. In the foreground you can see the folding leaves being prepared for fiddles, and the fixed portion of the table is in the background. 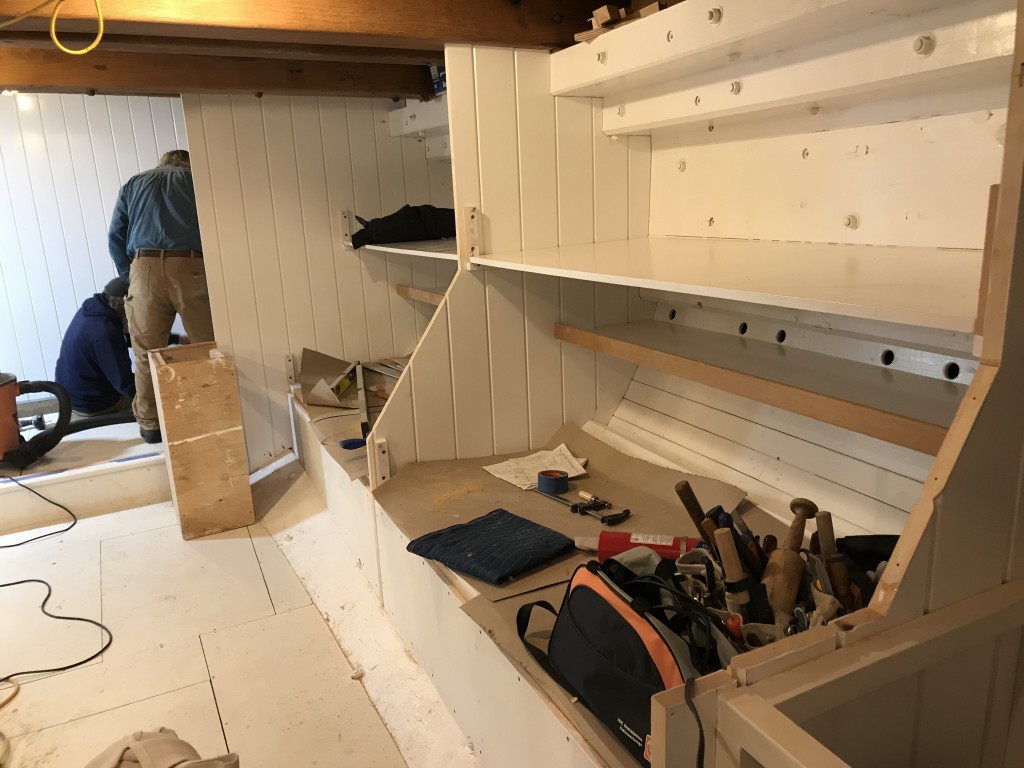 Progress continues in the Main Cabin as the team builds out the remaining 20 bunks along the port and starboard sides. Next week, we will be installing the bunk faces and trim. 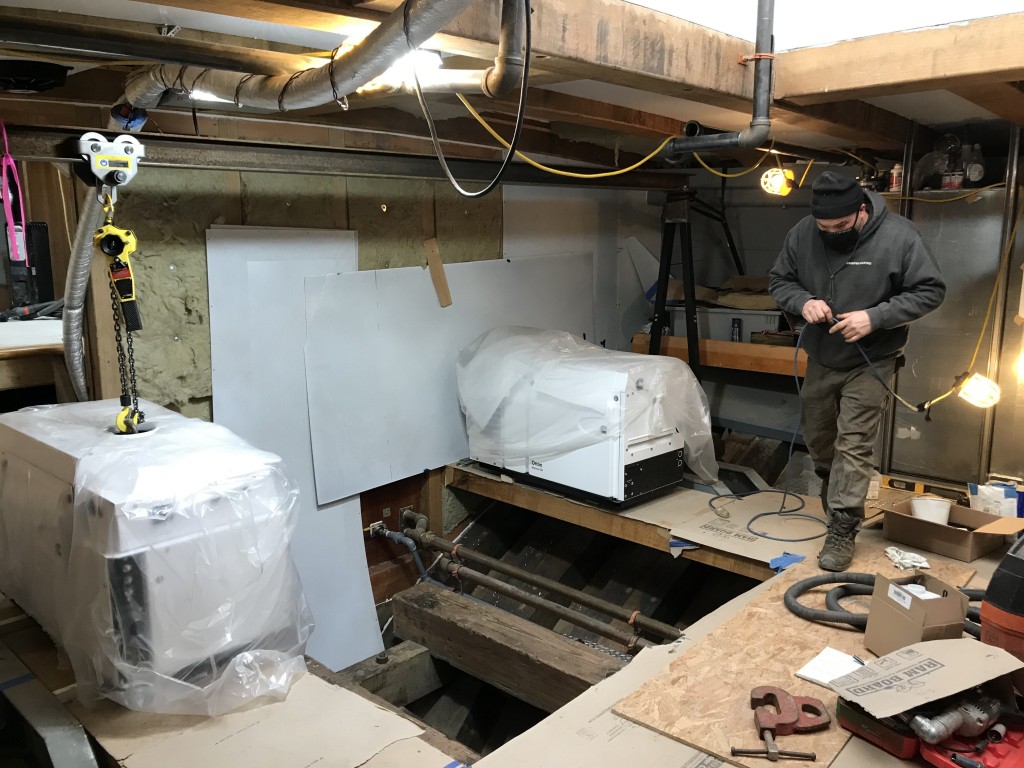 Jay Hopkins spent his week orienting the new Onan 17kw generators in the engine room. With help from Bill Kemp, they erected a custom gantry to safely move the engines into their final position. Next week they will begin the process of plumbing the engines to raw cooling water and fuel.

You can easily access all our past posts about the Ernestina-Morrissey rehabilitation project HERE.

← ALL HANDS TO THE HALYARDS   |   Ernestina Sailing Forward →